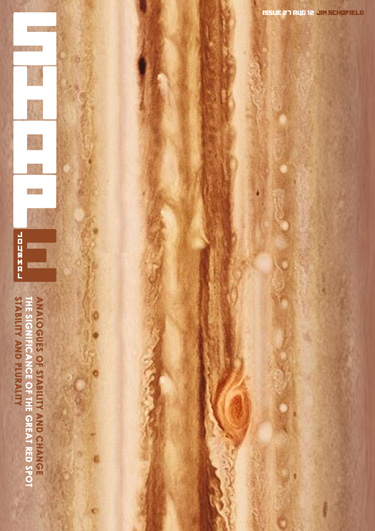 It is perhaps an unusual offering, for it concerns itself with how purely technological advances can reveal aspects of Reality that increasingly question our most basic assumptions, so that if we heed the hidden messages contained therein, they can lead to new philosophical insights of tremendous importance.

A particular example of this is how the very basic objectives of NASA, and its purely technological advances to simply supply us with ever more facts, have instead opened a veritable Pandora’s Box of the breathtakingly New, where we previously thought we would just confirm our previous assumptions and merely increase the known details.

But, extremely detailed still images and even movies delivered by spacecraft sent into close encounters with Jupiter and Saturn are perfect examples of such crucial revelations.

For these pictures present important questions, which if both addressed and, of course, answered, must transform the way we consider Change and Development wherever it occurs.

For though not dealt with in the papers presented here, recent relations have been revealed between Earth’s atmospheric Jet Streams and the North Atlantic Gulf Stream with atmospheric systems on both Jupiter and Saturn, which have been put down to so-called Rossby Waves, and also raised important questions of both Turbulence and Persistence in such systems.

We must take advantage of these surprising ‘mirrors’ on our own world to begin to address how Emergences actually occur in all developments, in whatever circumstances they arise. These three papers do not deliver full and comprehensive conclusions on these topics, but they do treat the revealed images as the beginnings of an alternative and relatively ‘alien’ source of relevant information that cannot be as easily tidied away as can most more local evidence.