Did the Eskimos Discover America? 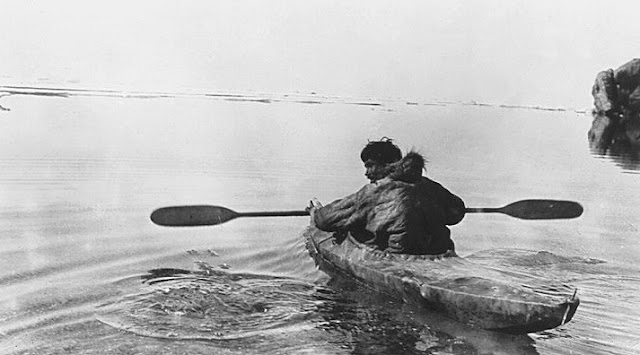 Could Ice Age Mariners have got there first?

On reading the latest contributions to the problem of, “Who were the first Americans?”, in New Scientist (2910), and thereafter re-viewing Alice Roberts TV series on “The Incredible Human Journey”, that addressed the conquering of the whole World by Homo Sapiens, another alternative seemed to demand inclusion in the list of possibilities. The assumptions, without any doubt, which seemed to delineate many of the opposing arguments, about who made that first journey and when, were about the total exclusion of humans from the regions dominated by the ice – usually described as Ice Sheets many miles thick.

Now, the immediate questions - about surviving in snow-covered and winter conditions, were surely only investigatable by studying how the Eskimos and other Arctic peoples have managed to survive until today. It cannot be that long ago, when all these peoples were still squarely in the Stone Age, or perhaps more properly in the Pre-Metal Age. And for truly vast periods of the year, they had to survive the most atrocious conditions, and find food in environments that seemed incapable of delivering any adequate sustenance.

By hunting seals and fishing through holes in the ice they have survived for millennia, and the very nature of their later means of finding adequate sustenance seems to indicate that the sea was most probably their main source for these essentials. Indeed, such groups, living at the edge of the sea, and with some means to migrate when necessary, most probably by boats, they could certainly have moved to stay in contact with the sea’s edge even as the Ice advanced.

Once you have a people so closely connected to the sea for both food and transport, this changes radically the migration possibilities as described in Alice Roberts Series. After all, even without assuming boats, these “out of Africa” humans, covered prodigious distances to get as far as Australia at a very early juncture. And to make that last step into a new continent, meant they even they would have had to have some sort of boats. Also the later conquest of the Pacific by seemingly primitives cultures in Micronesia, inferred not only boats but also profound knowledge of travelling by sea. Also early settlements, in the north of the British Isles, indicate very clearly, that passage overland was considerably more difficult than by sea. The seas were clearly how they got about, and what we would now consider to be the edge of possible habitation, in the Hebrides and Northern Islands, were evidently key posts along well-used routes – by sea. And closer still to our time, the best sea going boats and sea navigation was practiced by the Vikings, who we know got to America themselves.

The point I am attempting to make is that early man being a hunter/gatherer, and hence having to be constantly on the move to find new virgin areas, to supply their needs, would simply have to have boats. For with tides and currents, the sea and the shorelines were constantly replenished with eatables. To cope with the sea in every way must have been crucial. Even in Alice Robert’s piece, the general migrations were always along the coasts, perhaps because food from the sea was the most reliable source from time immemorial.

The question must be, “Could people like Eskimos, but endowed with coastal maritime skills and craft, have made the kind of journeys that seem unavoidable in the various America-reaching suggested explorations?”

Any scenario that has such peoples leaving vastly more conducive areas to set up permanently in the ice-gripped north is surely wrong. It is more likely that the first people reaching that continent soon after its impossibility due to ice and ocean had been reduced, would be by peoples already familiar with the conditions that they would encounter on such a journey, indeed, they are likely to have come from very similar climes, and believed that they could get past those conditions to something they knew that they could cope with, and have it to themselves. And they may well have stayed because, in spite of harsh conditions, they already knew how to cope, but would also have access to a superior range and number of prey animals both on the land and in accessible waters.

In particular, the areas adjacent to seas that would be unfrozen for part of the year, and lakes with could be fished the year round through holes made in the ice covering. Surely, such people would have been master of those conditions when they arrived?

Remember, early Man, being the only intelligent hunter/gatherer, could NOT stay in one place (except in exceptional circumstances), and had to constantly be on the move, to find what they needed in sufficient amounts for them to survive. Indeed, in a land entirely empty of people, they would be by far the best and most successful hunters, for apart from their superior intelligence, to animal predators; they also had many man-made weapons and social organisation to hunt as teams with well-established strategies.

And finally, with such a developed set of skills, if always close to or easily connected to the ocean, with craft and past knowledge, would greatly strengthen their ability to provide sustenance from that rich source too.

Striking off into the middle of an ice-field, or a desert would almost certainly be much too risky. But, following the coast with small easily-handled and even easier carried craft, and a familiar and regularly refilled larder of the inter-tidal zone, let alone the sea itself, would put such people at an advantage. Indeed, their speed of advance along a coastline would be surprisingly high - with a return the way they came, always a known option in face of difficulties. And, that rate of advance would be increased if they were constantly getting into ever-warmer territories full of an ever-wider range of accessible foodstuffs.

My suggestion is that an Eskimo dimension to the wanderings of early Man, especially into America is well worthy of further study.
Posted by E Journal at 10:30 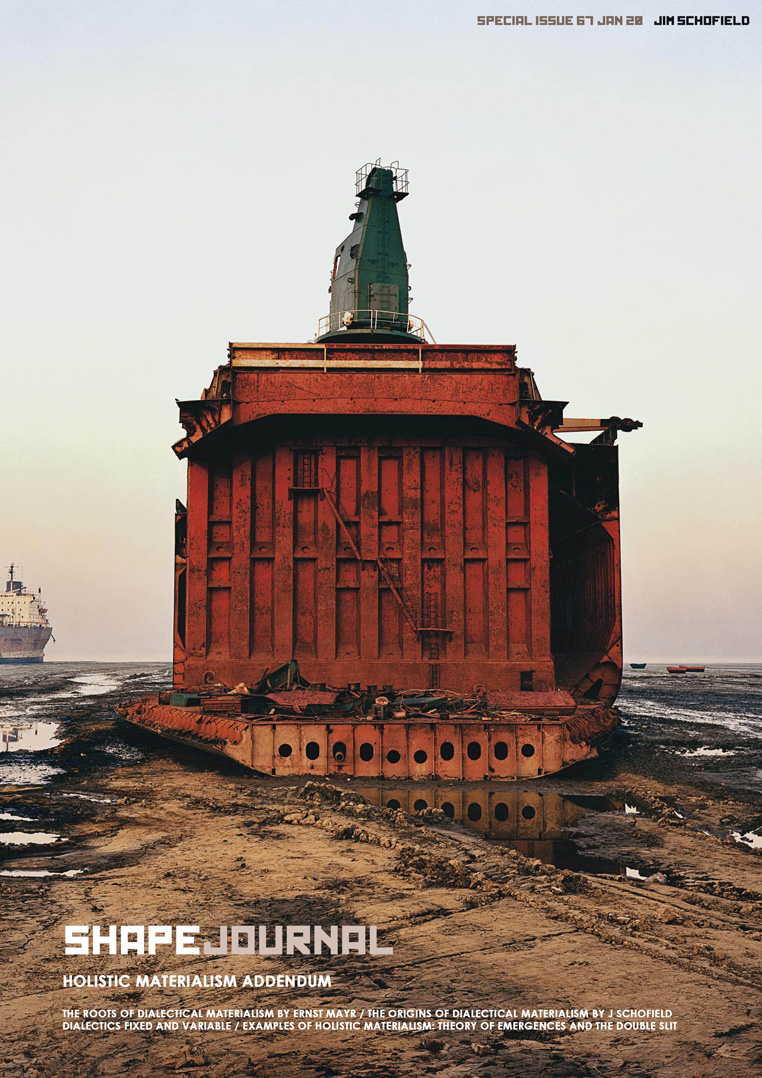