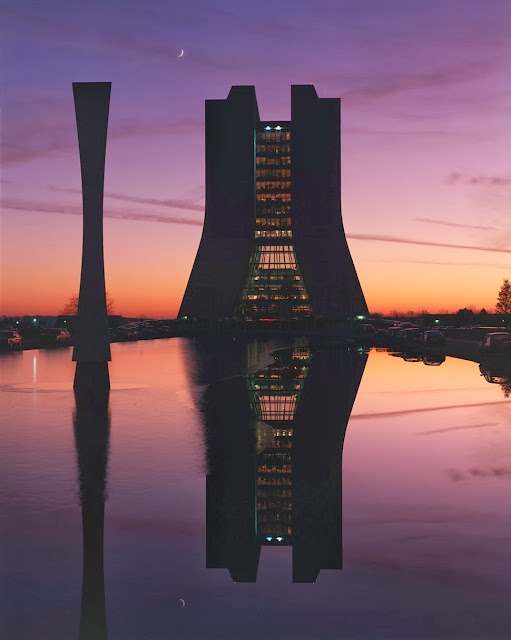 On reading about a new experiment, carried out by a team at Chalmers University, concerning the “contents of Empty Space”, I expected to get more evidence for my own speculations upon the very same subject, but instead ended up with many more questions than answers.

We were informed that Empty Space – the complete and total vacuum, is not empty, but teeming with many different particles popping-in-and-out of existence, both into and from, “something”. Clearly, that “something” is important, but in this account the narrative slips from talking about virtual particles to virtual photons (as if they are the same thing). Now, the reasons for these “names” is that they are constantly appearing and disappearing as their “actual mode of existence” so the observers involved prefer to call them virtual.

One assumes that, in spite of their switch in appellation, they are talking about the same things – that is “virtual particles” and “virtual photons” are the two forms in an oscillation, which is either one between visible and invisible modes, or a “substrate” sensitive to the slightest variation in available energy. Either way, we can no longer stay with the total emptiness idea, but will have to explain the nature and causes of such a substrate and its seemingly constant variability.

This seems to be borne out by the identification of the real photons that are the final result of the experiment, as being recognised as such by their lacking of any perceivable mass.

Let us attempt to clarify what they are talking about, before we address their remarkable experiment.

The “known” oscillating in and out of existence of these particle/photons is seen as something very different from Pair Production and Pair Annihilation in high energy Accelerators, where a pair of actual particles – an electron and a positron are seemingly produced from a very high energy photon, and its opposite – the vanishing of an electron and a positron into a high energy photon. The difference with the phenomenon, being considered at Chalmers, is what appears seems to be a pair of photons, which immediately vanish again.

The vagueness in this published account seems to call these entities sometimes virtual photons and sometimes virtual particles, but their experimental apparatus seems to involve a way of interfering with this oscillation to result in the production of a pair of real photons.

NOTE: I can only assume that they only add the adjective “virtual” as they are shame-faced about the conversions to and from matter that would be involved with actual photons and particles.

The only way this writer has been able to make sense of similar phenomena (elsewhere) has been to consider a mutually-orbiting pair, consisting of one electron and one positron. The virtue of this union is twofold.

And second, it will have no apparent matter as equal amounts of matter and antimatter will again cancel each other out.

In addition, such an “invisible” particle will be able to hold a quantum of energy via the promotion of the mutual orbits, and easily pass that energy from one such particle to another.

This joint particle – the positronium or neutritron, becomes an invisible receptacle for a quantum of electromagnetic energy – and when in such a state becomes a Photon!

Now, whether this particular hypothesis is correct or not, isn’t the most important thing here. What is surely crucial is the possibility of something like such particles actually existing!

And as the positronium has indeed been observed at Fermilab (though of infinitesimal duration in such conditions) that certainly adds weight to the idea that a stable form could indeed be possible.

As soon as such particles are brought into situations such as Pair Production and Pair Annihilation, (and maybe even these new phenomena - usually called the Dynamic Casimir Effect, the “seeming magic” dissolves away, and we instead have the possibility of real explanations for the inexplicable anomalies.

The bringing in of such kinds of particles as the actual content of Empty Space, finally explained the anomalous Double Slit Experiments without difficulty.

The crucial concept was to treat Empty Space as non-empty, and consisting of a “Paving” or “substrate” of just such particles. As soon as such a substrate was included, the puzzling phenomena of these experiments were explicable.

Now clearly, there are still many questions about such a suggestion, for though it can explain certain phenomena, it still does not make it true. And, to cope with the establishment of electrostatic and magnetic fields in a similar kind of substrate, it demanded other, different particles to be involved, though the final explanation was the best yet.

To have such a substrate or paving, the components of it must be relatively unaffected by both Gravity and electrostatic charges, and hence how they got to be universally present literally everywhere has to be explained. And, how they inter-related with one another to deliver an actually” effecting” paving will require explanation too

Now, it is also interesting how both the Chalmers Experiment and Yves Couder’s remarkable experiment managed to get their produced phenomena by the inclusion of an imposed vibration. In Couder’s case it was of a liquid silicone substrate in a tray, upon which all the phenomena occurred. While a Chalmers it was their vibrating mirror”.

Clearly, in both cases, it was these vibrations that imported the necessary kind and amount of energy to bring about the given phenomena.

While, in this theorist’s Theory of the Double Slit, the only possible source for what was happening in these experiments (and in subsequent successful efforts to explain the energy embodied in electrostatic fields), always ended up with it coming from the substrate and NOT from the supposedly causing Charge.

If these inferences can be taken together, we can see Empty Space as not only non-empty, but also a system of receptacles for energy – a system, maybe undetectable, but capable of remarkable things – Action-at-a-Distance, Energetic Fields and even the Propagation of electrostatic energy across the Universe.
Posted by E Journal at 13:06