New Special Issue: The Atom and the Substrate 2 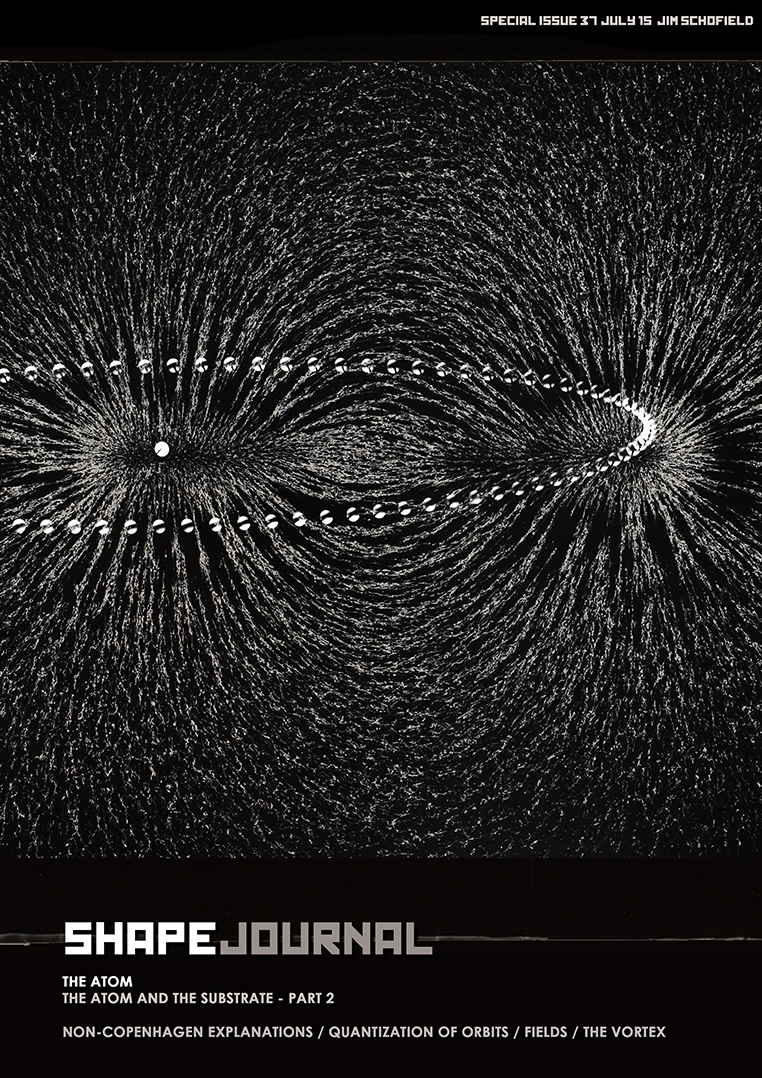 The 37th Special Issue of the SHAPE Journal and the second in a landmark series outlining an entirely new approach to Sub-Atomic Physics.

Clearly, if we are to seriously consider the presence of a Universal Substrate (like the now discarded Ether, but of a concrete composition), which is nevertheless undetectable by the usually applied means, we also have to address the dominating emptiness which, using all the current models, exists within the atom.

For, taking the known sizes of even the simplest atom’s components, and their distances apart, it would be hard to exclude any general substrate from filling those spaces too.

Now, if the consequence of such a substrate, outside of all the “material components”, was a major rethink, then the situation within atoms will certainly be even more demanding of a full explanatory account. Indeed, the current Copenhagen Interpretation of Quantum Theory is definitely NOT a physical description, never mind a physical explanation of phenomena in that realm, but, on the contrary, only a probabilistic description – involving only formal, abstracted elements, supported by a great deal of unsupported speculation.

Now, in this theorist’s treatment of the famed Double Slit Experiments, it was merely the presence of a Universal Substrate, which enabled an adequate, coherent and comprehensive explanation of all the confusing phenomena occurring there.

Thus, as we switch to the Sub Atomic Realm, we simply must consider all the effects that would be caused by the presence of that same substrate, on all phenomena occurring inside the atom too. So, this Special Issue of SHAPE Journal has as its remit the physical explanation of those phenomena – including, of course, the quantization of the orbits of contained electrons, and the presence of caused vortices in that substrate, which transform exactly how such phenomena are caused and inter-related to one another.
Posted by E Journal at 15:44