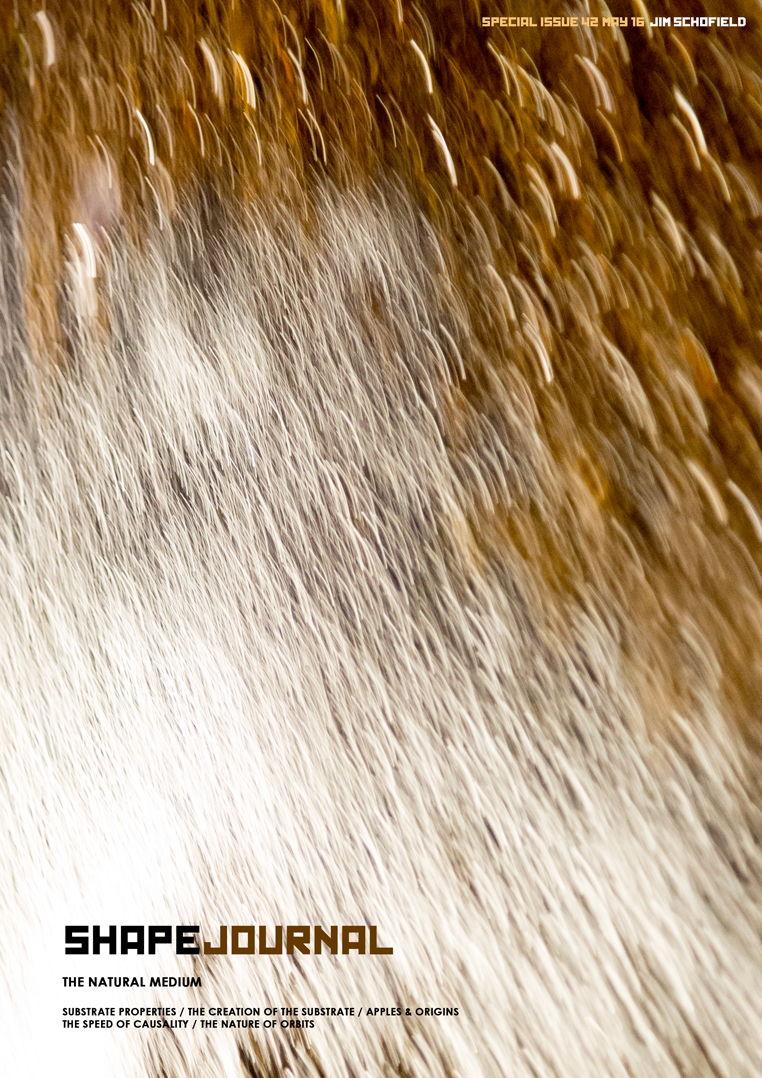 This edition attempts to define some of the properties of our posited substrate, a sea of particles we believe must fill the observable universe.

If we are to consider some sort of Universal (yet undetectable) Substrate, we must do a great deal more than explain the propagation of electromagnetic radiation, via such a deliverer. We must also investigate ALL of its properties, and consider whether we can build upon our initial objectives, or, perhaps, be forced to abandon the whole hypothesis.

We do, however, have an informed starting point.

In order to achieve undetectability, in our initial definition of a unit, from which to construct such a Substrate, we realised that any suggested unit, would have to involve a sub-structure, the sub-units of which might deliver undetectability, by providing cancelling of all properties occurring in the sub-partcles comprising our unit). But, of course, though such an objective would be essential, our unit wouldn’t be any use if it did nothing else!

Clearly, the delivered substrate, via these units, would also have to give us a whole range of results consistent with unexplained evidence that we already have. These units of Substrate would have to be able to absorb and release quanta of energy, both to and from internal structures within the substrate units.

The model for such a unit is everywhere: it is, of course, the atom. But the substrate units, though of a similar design to the atom, would also have major differences. It would have to be not only neutral in every respect, but also very small indeed.

The model that was finally settled upon was of a mutually orbiting pair of sub-particles - consisting of one electron and one positron. Clearly, the orbiting would not only keep these “antagonistic” units apart, but would also cause the joint unit to be neutral in charge, neutral magnetically and neutral in matter type too.

Yet, such a mutually orbiting pair could absorb energy by the promotion of the joint orbit, and release it by its demotion.

This definition also explained both Pair Productions and Pair Annihilations, and was justified as being possible by the discovery of this precise arrangement, albeit fleetingly, in the Tevatron at Fermilab.

Clearly, it could be a very productive first step.