A major breakthrough in my Marxist philosophy just had to come, and it happened in a very surprising area - the application of multimedia techniques in aids for the Teaching of Dance Performance and Choreography!

The unique cooperation between a world class researcher in dance teaching, and this physicist/computer-expert, led to a product which won a British Interactive Video Award (BIVA) for excellence. And, as the research proceeded, with ever-new objectives, and unavoidable constant changes in both equipment and software, major questions became totally unavoidable.

Yet, before that position was reached, another change of job, was necessary. Apart from this work with my Dance colleague (which later got her a PhD), little else was going on in that institution. I applied for and got a professorial level post in London University as a Director of Information Technology. But, as usual, the emphasis changed: in London I had to undertake the design and commissioning of a Campus-wide Fibre-Optic Network, which I successfully achieved within the next 18 months, while keeping contact with my Dance Research colleague back in my old institution.

But, ill-health due to a chronic illness over the last decade, finally caused early retirement, and a cessation of all undertakings, to at least recover to some extent, though it was clear that I would never be able to return to full-time work. As I slowly improved, I took to making toys for my youngest two children, mostly in wood, which both I and they enjoyed enormously. After a Drakar, a Brigantine and a Tug for my lad, I constructed a Noah's Ark, a historic Mail Coach and a Gypsy Caravan for my girl.


NOTE: I haven't mentioned it here, but I have married twice and have five marvellous children, all of whom, at this time of writing, had obtained degrees in a wide variety of subjects, and some had gone on to Postgraduate qualifications too. They have also given me 10 grandchildren and one great-grandchild!


A remarkable post-retirement interlude then ensued, involving irregular work with my Dance colleague, ostensibly on a series of new multimedia aids building upon the gains made in our award winning Dance Disc, but also, for me, posing new philosophical questions involving the unstated premises underlying what we were trying to achieve, and a realisation of how both the idealist philosopher, Friedrich Hegel, and his leading student Karl Marx had addressed such problems.

Finally away from the constraints and requirements of employers, I was addressing what I knew were the central questions in literally ALL serious research. And, the fact that this particular undertaking was about problems in Movement and Dynamics, made it ideal for addressing fundamental questions head-on!

The problem had been noticed 2,500 years ago by the Greek, Zeno of Elea, who had accurately revealed problems with his famous Paradoxes.

Each case addressed the incompatibility between the two concepts of Continuity and Descreteness, which Mankind always switched between pragmatically in attempts to address problems associated with movement. Zeno's Paradoxes such as Achilles and the Tortoise and The Arrow made our lack of rational reasons for our switching very clear.

Hegel, some 2,300 years later, had finally addressed the problem philosophically, and had found a solution.

He realised that the regular occurrence of such Dichotomous Pairs of contradictory concepts, always arose from the very same premises, if they were significantly flawed. Such Pairs always delivered a rational impasse, and without significant changes in those premises, we would NEVER transcend that rational HALT. Instead, we would leave it unresolved, and merely cause investigators to pragmatically choose whichever of the pair allowed a successful continuation. But Hegel found a solution!

By successfully revealing all the often unstated premises in a situation, he was able to attempt changes in those premises, which, if appropriate, transformed the Impasse into a fork in reasoning, in which sound reasons could decide which way was correct.

He called his method Dialectical Reasoning, and though he considered it only as applicable to Human Thinking, his best student, Karl Marx, realised that it was applicable to conceptions about Developments of any kind, whatsoever. So, he transferred Hegel's achievements, wholesale, into a Materialist Philosophical Stance: so, for the first time, it could be applied across the board, and crucially to both Social Development in History and to Science itself!

The problem with capturing dance, could not have been closer to what was, clearly, the crux, all the way from Zeno to Marx!


Movement, when analysed, can never be delivered only by descrete positions (Stills): for, in addition, where it came from, and what was to follow, must also, somehow, be delivered too.

And, that requires a time-based context (a Movie).

Yet, without precise positioning-information (only accurately-available from high-resolution Stills) NO precise dynamics could be captured and delivered. And, this was the case both in correct performance within a Dance Piece, and, crucially, also in the choreography involved when creating such movements.

Millennia had passed with such instruction being by "do it like this" - purely by demonstration, by the choreographer or someone he or she had very fully instructed, by those very same means. 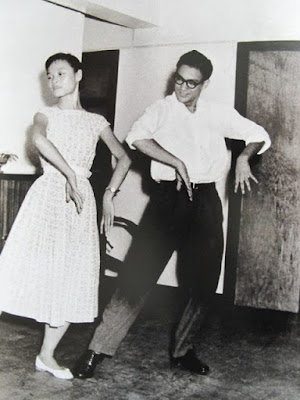 You could (and did) get away with it in performance instruction, but only with dancers present who had correctly done it before.
But, teaching choreographic creation of entirely new movements and pieces was never conquered.

My colleague's purpose was to attempt to solve the problem using Video and Film, but she soon found it impossible due to acute problems in accurate Access, and major difficulties in precise and revealing Control, using the available technology of the time.

I was able to proffer a possible solution via precise and flexible computer control of such footage, delivered from a Laser Disc, as well as delivering synchronised simultaneously presented views from different angles, and even detailed close ups. Both Access and Control were sufficiently delivered for most of my colleagues requirements to be provided.

It enabled a major step-change in what my colleague was attempting, but alone it wasn't sufficient, and the universal switch to Digital footage from Analogue footage made it impossible to deliver, as we had successfully achieved all our objectives with the prior format.

The philosophical problems were clearly unavoidable, and the Marxist research as well as that required within Dance Instruction came together, and I was able to finally crack both!

Well, "crack" is, of course an over-statement: for to become a real, producing Marxist theorist would take a great deal of time: but I was finally on my way!

This post is part of a blog series entitled Marxist Theory Today, which is turn, forms part of our grand Shape Journal series on Marxism & Physics. 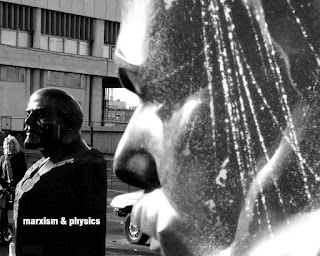