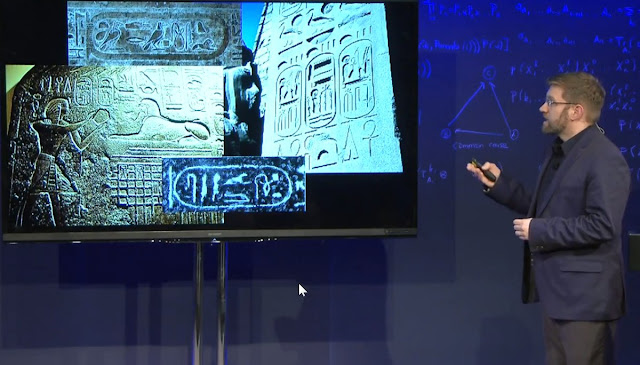 
Let me start by saying what Spekkens doesn't address, not I must emphasize as a criticism of his findings, which are excellent!

But, via criticisms, which I make, at a much more basic philosophical level, of the general approach in thinking since the Greeks, and in Physics Theory, since the victory of the Copenhagen Interpretation of Quantum Theory at Solvay in 1927.

For, my criticisms are concerning the major flaws in the underlying premises of both Mathematics, and Formal Logic, and what they have been doing, and still do today, to what we call Physics Theory.

These I have dealt with in detail elsewhere.

Nevertheless, Spekkens critique of the means used in Quantum Theory does not run counter to the more basic critique I take. His criticisms are confined to Quantum States and Probability Theory, which he correctly equates to only our incomplete knowledge of what is going on, rather than the Nature of what is actually happening in Reality - they are essentially philosophical questions rather than Physics Theory!

Clearly, for the best delivery of Spekkens findings, I can only strongly recommend the watching of his Perimeter Institute Public Lecture on his version of the means used in Quantum Theory, which he likens to "The Riddle of the Sphinx"


Nevertheless, as my intention is to demolish The Copenhagen Interpretation totally, and also, at the more basic level involved, rescue Human Thinking from the simultaeously applied, contradictory amalgam of philosophical stances - namely those of Materialism, Idealism and Pragmatism, particularly with respect to the mistaken Principle of Plurality - I can only say "Congratulations!" to Spekkens, with the rider, "It is not yet enough!"
Posted by E Journal at 20:31