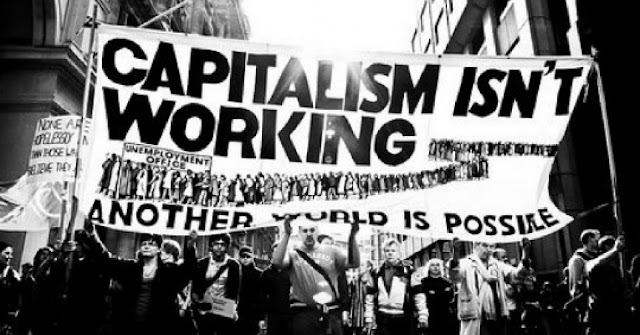 What about Democracy in the Workplace?

Can we really have Democracy when the workers in a workplace have absolutely no say in what they do there? Should the "bottom line" of profit for an owner totally and always outweigh the needs and interests of the workforce?

It certainly depends upon who owns the business! To make any real change they would surely have to be socially-owned.

Now, of course, the status quo is usually argued-for very differently. For, management insists that only those who now make the decisions are the only ones competent to do so: while the workforce just don't know enough to even be involved. And, when no one is informing the workforce, or even making available the necessary knowledge, that may well be true.

So clearly, as with Political Democracy, so must it also be with so-called Democracy-at-Work! All information must always be made fully available for everybody to be involved to have access and discuss what they are attempting to achieve. And, sufficient resources to overcome any advantage to the privileged, must be fully available to the workforce too.

Currently, the workforce is always totally deprived of such information. But, if full access, along with requisite time, were allocated to such information, the workers, being intimately involved throughout their worktime, will soon learn to handle it, and crucially, with very different objectives to either owners or managers. Indeed, it will amount to a revolution in the efficiency and creativeness of both the work processes and their organisation. How could it be otherwise - the motivations involved will be very different!


Just compare a Steam Railway Charity run by unpaid, and fully-involved enthusiasts, with the current chaos in our de-nationalised, run-for-profit rail services in Britain today.

What we are talking about, has never been fully achieved anywhere! For, in spite of the clear advantages of Socialised State Planning in Russia and China, after their Revolutions, the workplace was still relatively unchanged from prior Capitalist organisation. For the managers were appointed by the central government. There was NO Democracy-in-the-Workplace!

Clearly, "Socialism" is not what they actually had in those countries, and it was easy for a privileged bureaucracy to emerge, who did not put the working conditions, or the opinions of the workers, high on their agendas at all, and absolutely never delivered any decision making into the hands of the workforce themselves.

Indeed, Democracy-in-the-Workplace would not only transform that institution, but also significantly transform the Working Class involved, because they will, themselves, not only make the crucial decisions in what they are involved with every single day, but they will also discuss and even argue with their workmates, as to what policies the company should be employing. Instead of being excluded from the decision-making that affects their lives, and the wherewithal to make those decisions, they should instead be fully involved in both, and will therefore learn by their successes and their mistakes.

Socialism has to involve real Democracy at every level, in a Society in which Inequality and Privilege have been permanently terminated. 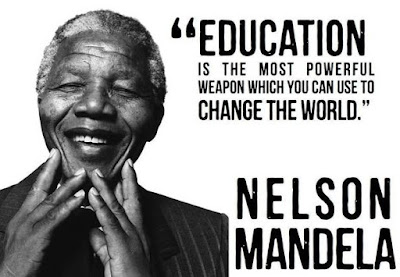 Indeed, the whole approach to the education of the working class, whether they are to be skilled or unskilled, absolutely must transcend mere work-based training and crucially disseminate critical thinking and real Understanding too!

I have worked in every level of Education from Schools, Further Education Colleges and Universities, and even in teaching unemployed youth computer programming, via Youth Training. And, from that wide experience, it soon became clear that the usual separate approaches did not deliver.
Posted by E Journal at 17:11