The house of cards that is Quantum Theory is really starting to fall...

And now Lee Smolin is on-side.

In a recent Perimeter Institute Lecture, Smolin delivered the trenchant view that the Copenhagen Interpretation of Quantum Theory is in fact wrong, and I agree with him!


However, while his Realist arguments were indeed correct, and Copenhagen Theory is totally Idealist: that, I'm afraid that will never be enough.

For, in spite of Hegel's profound and transforming criticisms of the Plurality of both Formal Logic and its use in Science, almost 200 years later his improvements have still rarely been applied to either. The Copenhagenists will never relinquish their theory, for they don't even know why it arose, due to profound errors in its premises, and also because in all the circumstances in which they use it - it certainly does work - pragmatically! But, even then, it also never explains why.

For Explanation, as the primary purpose of Physics, has now been totally abandoned. Instead, this so-called Theory gives the right quantitative answers, in highly-constrained circumstances only. And, in doing that, it is entirely consistent with what Modern Physics has now become - an extension of Mathematics.

For, henceforth, it can never explain why things happen the way that they do, but can only "match" how it works purely pragmatically. It is content to be only technologically-useful, amd hence explains absolutely nothing!

Now, of course, its supporters would all totally disagree with this, because of the pseudo-philosophical inventions that the originators inserted, in order to make it look like an "Explanatory Theory" - namely, via their cobbled together Equation, which imports illegitimate probabilities into a basic Wave Equation. And then replaces all Particles, at what they term "The Quantum Level", with Wave/Particle Duality - delivering the alternatives of using the wave-like Equation, until the entity suddenly became, once more, a descrete Particle, and they could term the transition "The Collapse of the Wave Equation", when it resumed its Particle Form.

It is, of course, NO kind of Legitimate Scientific Theory: it is a clever fix to get around contradictory behaviours, that their prior premises just could not cope with. And, that was indeed the case: the prior theories just didn't work at these levels: they were inadequate, it is true!

But, literally all the theories in the past were also inadequate, but were re-investigated to review the premises assumed, and usually, they, in the end, would finally arrive at something better! By the early 20th Century, however, a whole series of dramatic and debilitating results had begun to be revealed that undermined the prior assumptions.

The Michelson/Morley Experiment had dismissed the existence of the Aether as filling all of Empty Space with a Universal Substrate.

And, Henri Poincaré and Ernst Mach, finding ever more physical premises that seemed to be wrong, proposed Empirio Criticism, a form of Positivism, as an Amalgam of Explanations and Mathematical Equations, which together, they believed, could deliver what was needed.

The Piste was set: and it was all downhill from there to finally dumping Explanations altogether!

For, nobody demurred at the conclusions from the Michelson/Morley Experiment, so Wave-like phenomena, at the Sub Atomic Level, could no longer be ascribed to that now dispensed-with medium: instead, somehow, such effects had to be embedded into what Particles actually were themselves!

The key experiments were those involving Double Slits, which became the touchstones for many of the new discoveries. But, the Wave/Particle tricks which were instituted to explain the many anomalies, are very easily removed by assuming an undetectable Universal Substrate in those experiments, and Substrate Theory immediately dispensed-with every single one of them.

Now, though obviously insufficient by itself, this theoretical exercize could not be ignored! For, it demonstrated that classical Waves were somehow involved: the Wave/Particle Duality invention was a frig! And distinct Waves and Particles were, somehow, still intrinsically involved.

The First was to investigate the possibility of such an Undetectable Universal Substrate - composed entirely of pairs of mutually-orbiting Leptons of diametrically opposite properties - thus delivering the required passive-undetectability, while at the same time allowing that Substrate to be affected-by those interlopers, while also delivering the subsequent affecting-of those very same entities, in differing, later circumstances.

It must be stressed that the objective here was a theory-first investigation: just as James Clerk Maxwell had used in his Analogistic Model of the Aether, which was the Basis for his still universally renowned Electromagnetic Equations!

And, as Frank Wilczec has recently insisted upon with "The Materiality of the Vacuum", the above theoretical Analogistic Model is not without foundation, even if his composition of that "undetectable Universal Substrate" differs from that used here.

James Clerk Maxwell's Analogistic Model, has long gone, BUT its use was justified by its delivery of the Electromagnetic Equations!

Now, the Second line of theoretical research was somewhat akin to Maxwell's - by assuming such a substrate with the New Model's composition, could all the anomalies that precipitated Copenhagen be physically explained instead?

Now to achieve this objective, the initial simple definition in terms of Electron/Positron, mutually orbiting pairs, had to be extended to also involving Units composed of Taus and Muons, and even Neutrinos, but a rich and successful Substrate of Leptons was devised, and the inventions of Copenhagen physically replaced!

BUT, of course, this is just like Maxwell's Aether Model, the detailed content of the Analogistic Model of the Universal Substrate will, indeed, be wholly replaced too!

This researcher, like Maxwell, knows very well that all our theories are never the Absolute Truth, but at best, contain sufficient Objective Content to deliver more than what they replace.

Criticisms of the New Model are not only legitimate, but absolutely necessary. Yet, criticisms that exist only in order to re-establish Copenhagen are most certainly NOT! Copenhagen is a dead-end, and new ideas and models are now required to replace it and push Physics into new territory.

Implicit in the new approach was a root and branch critique of the premises, and even basic amalgamated philosophical stances, underlying modern physics. Succintly, Copenhagen is Pluralist, while Reality is Holist!

And Science should be materialist, while Copenhagen is certainly idealist!

By all means improve upon the New Physics, but leave Copenhagen where it derserves to be - Dead and Buried! 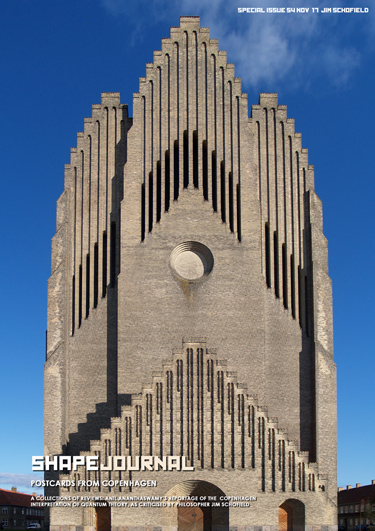 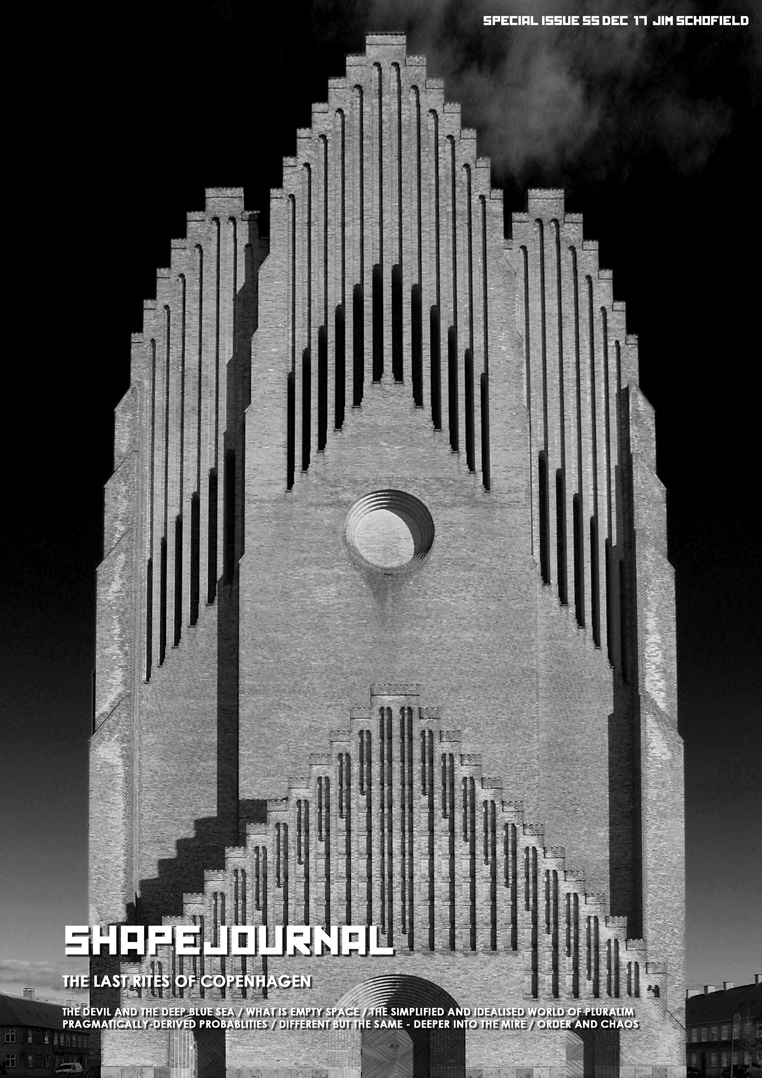 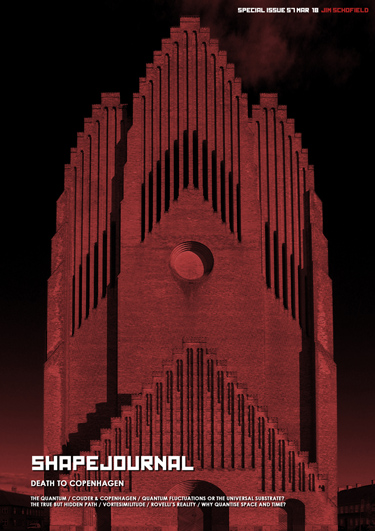 For more on burying the Copenhagen Interpretation, please read the Special Issues of SHAPE Journal above, and look out for our forthcoming 10 Year Anniversary Issues on Substrate Theory.
Posted by E Journal at 15:10