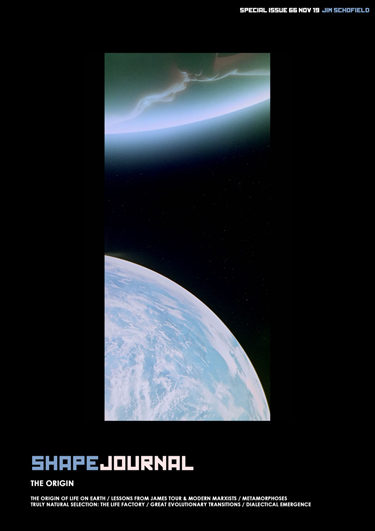 
This edition collects my key papers addressing the Origin of Life and introduces my theory of Truly Natural Selection - the idea that matter itself undergoes a kind of evolution, and that this process eventually lead to life emerging on our planet.

This is part of an ongoing examination, by this author, of Emergences - those crucial events whereby all truly new entities originate.

Several sets of papers, upon this topic, have been published by this theorist before in the journal, but it can’t be, and certainly isn’t, a totally completed project. Indeed, the most important part of such a task, is always to divide yourself off from the Millennia-old, and very well established amalgam of different stances unified by both a belief in the Principle of Plurality on the one hand, and the age-old validator of “If it works, it is right!” on the other. And, truth-be-told, you only detach yourself from that well-entrenched position, in a series of stages, as you realise yet another weakness in the Old, made clear by an emerging appreciation of the strength of the New.

Now, I also feel that I cannot expect my readers to follow the same devious path as I have been forced to take, so there are times when a full re-statement of certain arguments, including a great deal of what has already been published before seems completely unavoidable. And this is just such a situation!

And, it is also very important, for the additions and extensions are via the Holist and Dialectical approach to science and understanding, as against the usual Pluralist and Formal Logical approach. This major transfer turns out to be both profoundly difficult and easily self- torpedoed, by unconscious and habitual returns to the old methods.

Now, as these methods have been used to both demolish the Copenhagen Interpretation of Quantum Theory in Sub Atomic Physics, and the revelation of the world of Mathematics as actually being in Ideality, rather than Reality, and finally a wholly original stance upon the Origin of Life on Earth, it is clearly important to get as clear a description of the methods involved as possible.
Posted by E Journal at 16:55