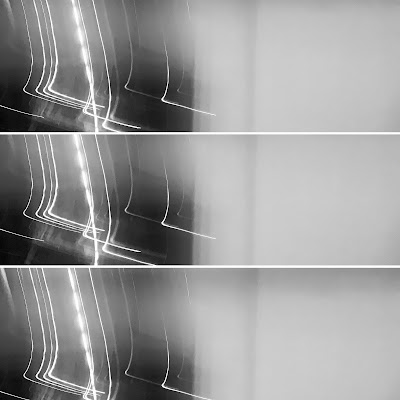 I started this paper before I had sufficiently realised the significance of your excellent essay. So, I am inserting this short explanatory introduction as you and I (as far as I understand it) represent two different and valid approaches to supposed "Random Noise" holistic interpretations. I find your essay to be profound and significant, and describing why Photography has the qualities that it does because its images always endow ambiguity, because they only deliver frozen stills of what is still in the process of change. It explains your necessary preoccupations in both your ideas, and your produced photographs, and is crucially important.

Interestingly, I am NOT a photographer, but nevertheless I too am struggling to extract the invisible components of change in seemingly static, stable situations, BECAUSE at some point, they will reveal themselves in an Emergence - an interlude of relatively sudden Qualitative Changes. I too start with multiple, simultaneous material processes that are very quickly hidden within a "Balanced Stability" of seemingly static Forms or Patterns. But, of course, it is actually a still-active state and certainly not an unchanging one.

So, in BOTH our cases, your condemnation of removing the seemingly Random Noise is absolutely correct (and for the reasons you say), Noise is NOT what it seems, but the only route to revealing what is hidden beneath our extractions and our interpretations. Destroying Noise is typical of all Pluralist study, which only sees essence in the overt relations which can easily be extracted.

Needless to say, I too want to "analyse-the-fog", but I am not dealing with a Static Photograph, but instead, an active "Balanced Stability", where the thing I want to remove is the obvious "pluralist Balanced Stability" relation, hopefully leaving only the previously hidden nut both active and required factors necessary to complete a Dialectical Analysis.

Finally, there is a whole other contribution encouraged by the "Random Noise", which is the constant, and oft-employed ability of the Brain to "fill an ambiguous Gap with "fitting" images from Memory! 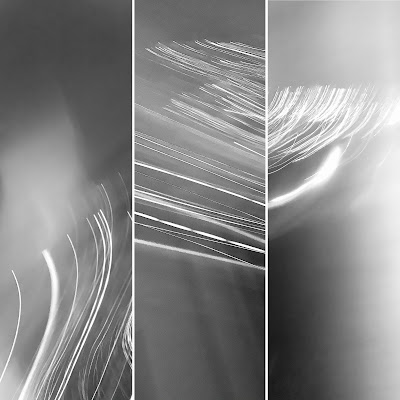 In a paper by Dr. Mick Schofield - who is a Lecturer in Media Studies, specialising in Photography at Leeds University, England, and a long time collaborator with me on the SHAPE Journal - he raises a whole range of important questions concerned with the illusions unavoidably triggered in the perceptions of viewers from within photographs, containing excessive blurring or graining.

Now, as I am an almost-blind philosopher and scientist, myself, I have been plagued also, by something clearly related to these phenomena, but in my case involving Direct Seeing of the World. Considerable losses to the macular regions in both of my eyes have also led to aberrations in viewing that are definitely not there in the Real World being observed!

The main problem in my case was soon diagnosed as the Charles Bonnet Syndrome, which in the more extreme cases of vision loss, led to revealing important brain functions, which were also clearly everyday useful parts of normal Direct Seeing, but, involving not only less precise information from the Non-Macular areas of the retinas, within my eyes, which it appears, from my investigations and considerations as being wholly replaced by "tilings" taken from recent or older limited-and-squared-off remembered samples, or, alternatively, from still currently available images, taken from seen-areas, that "approproiately" exist all-around the missing direct view, with tiled exact copies - "filling-in any blanks", in other words NOT entirely using actual direct images, of what was being looked at then and there.

It is a well-known trick by magicians, to purposely draw your attention away from where they are doing something, that they do not want you to see, to an area of the real scene, that your brain is no longer receiving as a direct view, BUT only via these repeated memory tilings in which you are not really seeing the present moment, but static fragments of the past. So when he brings your gaze back, in that directly viewed place, real current information is again used, so the magician's hidden trick magically appears! 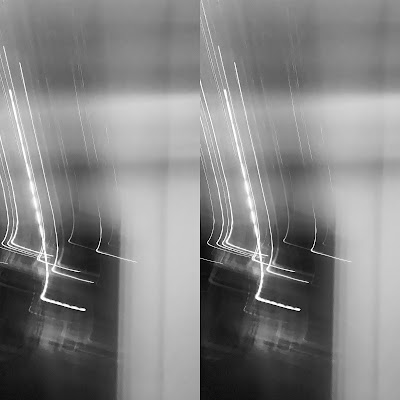 Now Dr. Schofield is concerned primarily with what happens in observing a photograph, and particularly when the captured image contains a great deal of confusing Noise, and apart from his valid and important contribution, it seems highly likely that "insertions" similar to the ones I have described above could also be involved here - for, as the above trick proves, this neurological process appears to be happening extensively all of the time, but mostly away from the primary focus of the observer's eyes.

Now, this area only came to my attention because being a sufferer from the Charles Bonnet Syndrome, I am also daily concerned with attempting a valid Holistic-Stance-Criticism, of the usual descriptions of natural phenonena, that has prevailed ever since the Greek Intellectual Revolution of the 5th century BC. For, thereafter, Mankind, on having discovered Pluralist Rationality within the building of the Discipline of Pure Forms alone (namely that of Mathematics), quite validly, about forever FIXED Relations, and finding that a valid Approach, extremely beneficial in that area, were so enamoured of its power, that they immediately and wrongly applied it, wholesale, to both General Reasoning and All of The Sciences too. Indeed, from that Intellectual Revolution right up to the present day, that gravely mistaken Stance has been largely maintained as such, in both of these important areas of Reasoning. So, crucially it applies in most Cerebral Reasoning, AND, even more importantly, in the description, interpretation and explanation of observed phenomena! We look for single causes, acting alone, as Fixed Natural Laws, and ignore not only the many others acting simultaneously, BUT significantly also their mutual qualitative effects upon one another too.

And such an omission also leaves out all Qualitative Changes, for "Fixed Natural Laws" can only SUM, and therefore only Complicate, rather than Develop! A whole rich and important set of these effects are ignored, and wholly static and unchanging areas such as photographs will NOT benefit by a return to the very same fixed image, whereas repeated returns to what initially seems to be a fixed situation in Reality, can and does deliver the subtle changes that make for alternative interpretations as The Buddha so profoundly observed in his Loka Sutta. 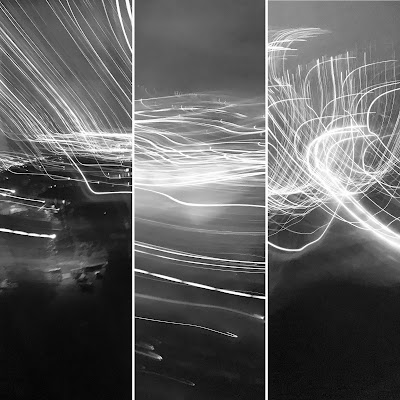 Let us be resolutely holist, and state that Noise is due solely to multiple simultaneous contributory causal factors - of so many different processes and their relative proportions, that the result appears "totally Random", with every direction and speed of the causing processes so reasonably evenly shared as to give a false impression of reflecting none of its many contributions!

But in any direct viewing situation the variety of possible contributuons is never infinite. Indeed the evident natural stabilities (that regularly present themselves and persist for very long periods) seem to infer both an increasing limitation upon the number of such factors, and the tendency to filter out completely the more insignificant ones, along with the preponderance of almost direct opposites to diminish the effect of those opposite processes, while maintaining them as still existing balanced pairs.

Now this alternative conception, would make destroying the confusing background Random Noise, the equivalent of throwing out the baby with the bathwater!

"Why?"
Because that Random Noise is a still existing collection of simultaneous processes, currently subdued, but nonetheless vital, as balances change within the overall mix.

And what should be removed once it has been established, must be the clearly evident ones, leaving what is left to deliver its effects, and probably showing different effects and extractables, thereafter. 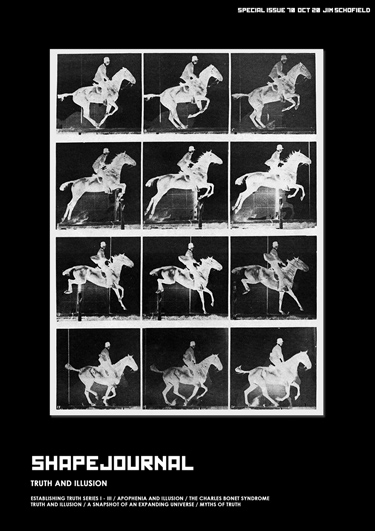 This paper and discussion follows on from the issues raised in the last issue of SHAPE Journal (Truth and Illusion, Special Issue 70). You can read the full edition here
Posted by E Journal at 21:25