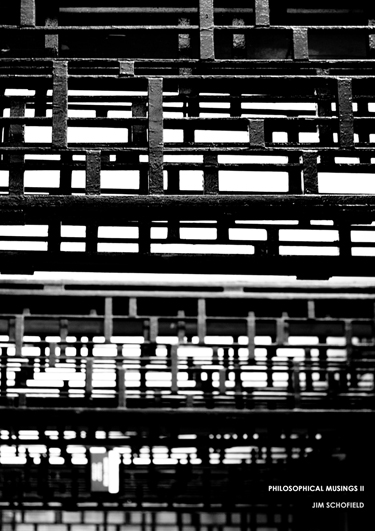 
This collection of papers follows on from those contained in Philosophical Musings I, and has a similar purpose.

Neither was intended as a coherent and comprehensive establishment of an arrived at philosophical standpoint, but, on the contrary is intended to reveal the processes of philosophical investigations necessary to establish an alternative position to the current consensus.

Now, it is the long held position of this writer that it is in precisely this area that current-day Marxists, have crucially neglected the very discipline which gave Karl Marx and his colleagues the wherewithall to establish the most important developments in Human Thought for many centuries.

So it is hoped that these will lead those who are stimulated by these Muses, to themselves once again address the philosophical questions and develop what Marx established to equip political activists with the wherewithall to appropriately and effectively intervene. For some of the productions of such methods by this author SHAPE Journal includes most of the most recent important efforts, in particular The Theory of Emergences 2010.
Posted by E Journal at 14:58