When the Bastille Finally Falls! 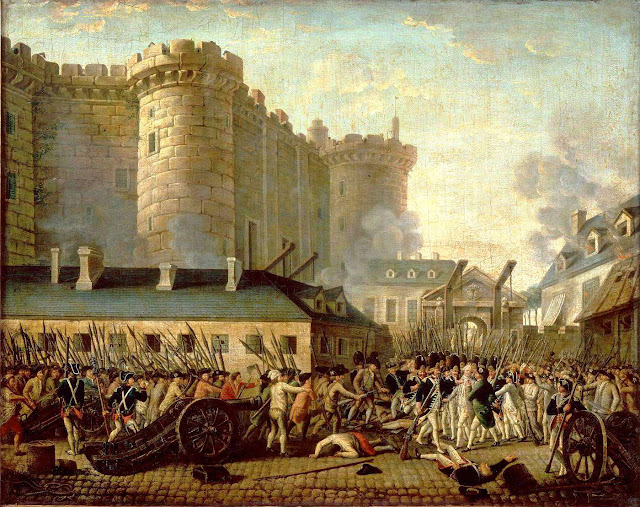 How can we identify the current cul de sac into which Modern Physics has purposely and noisily marched, and not merely criticise as Prophets of Doom, but also be able to present a ready alternative and much better show already waiting in the wings? Now, if such an alternative were both fully assembled and available, as a coherent, consistent and comprehensive standpoint, along with a clearly useable methodology, then there would be no real problem. But, that ideal situation is far from being the case at the present time.

There are, of course, many very good examples that could be brought into any ongoing argument, but altogether too few, and at this time, too little developed, to stand against a united chorus of “Yes, but” type responses from the sizeable majority representing the currently “universally-agreed” side.

For, in spite of the grave weaknesses of that currently accepted position, it has now been “in charge” for a very long time, and in any ping-pong battle, hurling examples from each side, there can be absolutely no doubt, who will have the deciding weight of projectiles.

It is certain, however, that if the philosophical case were allowed to be put, the new alternative would win hands down. But, who has such arguments about Philosophy these days? You know the answer, it is, “Nobody!”

And, the vast expansion in media of all kinds only reinforces that situation. Twitter one-liners dominate these days, so wit will trump argument, and humour will always trounce commitment. So, there is certainly a major problem in getting anything at all complicated out there, and then discussed.

Now, such episodes, when reaction rules, have happened before. There were times after the failures of revolutions across Europe in 1848, when reaction ruled, and even a new Bonaparte was installed as Emperor in Paris. And, similarly, after the demise of the 1905 revolution in Russia, the leadership of the Bolshevik Party was down, as Lenin said, to “You, me and him!”. Yet in 1870 during the Franco-Prussian War the sans culottes of Paris rose again and instituted the Paris Commune, while in Russia in 1917 the very same Bolsheviks actually took power, and established the World’s First Socialist State.

So, though the task at present seems impossible to carry out, it will NOT remain so!

The swoop downwards from all-powerful repression to powerless impotence does indeed occur, and it will occur in this task too - and for similar political reasons. As the Crisis of Capitalism again dominates across the World, and the Ruling Class as usual insists upon the Working Class footing the bill, the latter will finally SNAP! And all hell will break loose!

In such turmoil all prior short-odds predictive bets will be OFF, and everything will be up for debate!
Posted by E Journal at 15:04