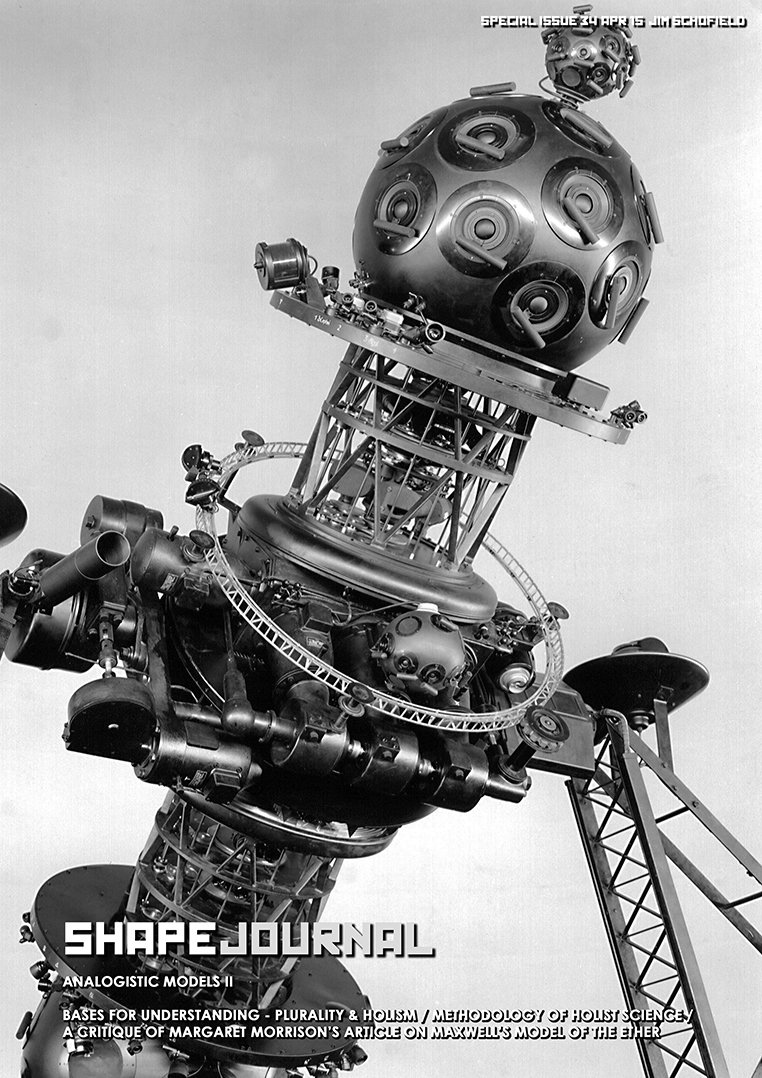 Clearly, the establishment of a comprehensive basis for a whole new standpoint and methodology in Science, was not, and could not be, achieved in the few papers of Analogistic Models I. Indeed, such a demanding and consistent basis will take a great deal of effort, and a considerable amount of time.

However, certain breakthroughs have already been achieved by a number of researchers, some of whom did not fully realise the true import of their contributions. And, indeed, the supertanker that is today’s consensus of Pluralistic Science, will still take an enormous effort to re-direct into an entirely different Holistic direction, especially as the much admired gains of isolation, simplification and idealisation of the Pluralist approach, will be sorely missed in this new and much more difficult realm in which, “Everything affects everything else!”

Some measure of the difficulties involved has been demonstrated by the problems encountered by the two pioneers of this approach, namely Charles Darwin and Stanley Miller. For, in Darwin’s case, the evident strong opposition to what he was doing caused him to continue studies and delay publication of his Origin of Species for decades. While, Miller’s brilliant experiment revealing the natural creation of amino acids in his constructed emulation of the processes taking place in the primitive atmosphere and seas of the early Earth, had to be abandoned as no viable Holistic methodology was available to take things further.

To finally address Reality, in its true complexity, recursivity and evolution, involved a substantial step into much more difficult territory, and, crucially, a return of the currently universally dominant quantitative relations, to their correct and subordinate position in Theory, and the re-instatement of Explanatory Models (based upon analogy) as the primary theoretical achievements of Science.

So clearly, the task cannot possibly involve a quick fix, indeed, based on the discoveries of the philosopher Frederick Hegel, the development of theory is NOT an amassing of many eternal Natural Laws, but the continuing development of a whole infinite series of models, validated by their increased Objective Content. This second in the series on Analogistic Models attempts to clarify this objective.
Posted by E Journal at 18:30