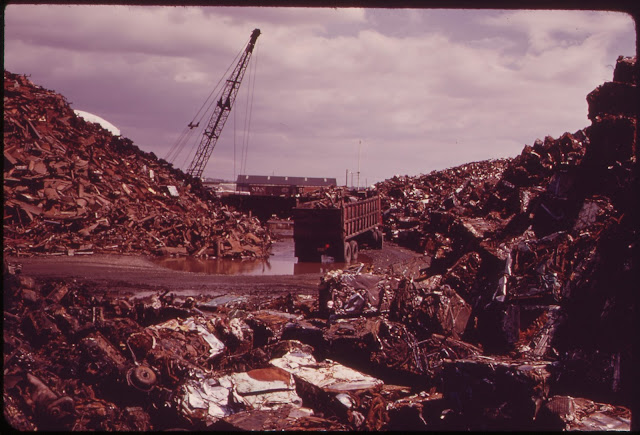 In yet another celebration of the Large Hadron Collider, on the occasion of its resuscitation after a two-year refit, New Scientist (3022) recently proffered an article by Elizabeth Landau entitles The Big Blip.

It is a muse about what may be discovered by the updated device, and the possible questions posed on the consensus standard model of the collection of “fundamental particles" in the Sub Atomic realm, the by the confidently expected “new evidence”.

A major concern seems to be about matter and antimatter – indeed concerning a purely theoretical concept of their differences and origins. In what has become the usual theoretical route, these were defined to match known evidence, but without any idea as to why they came to be.

And, using this prodigious machine, an experiment has been devised to reveal more evidence, and enable its encapsulation into yet more formalist relations - NOT, I must emphasize, as any sort of physical explanation, but merely as a set of formalisms which can be massaged (via the usual methods) to fit the revealed evidence.

It is important to consider such events and their purposes, knowing that explanation in general had long ago been abandoned as mere self-kid. (In 1927 at Solvay the significant turn was made). And, thereafter, the only accepted, reliable encapsulation of what was found, were a zoo of fundamental particles, and various formalisms about them embodied in mathematical equations.

And, with such a “revolution”, the means for further study unavoidably narrowed into a series of ever more powerful Accelerators (Colliders), of which the LHC is the latest and most powerful version. In addition, the methodology was also similarly restricted solely to smashing up such entities to see what they might be made of. 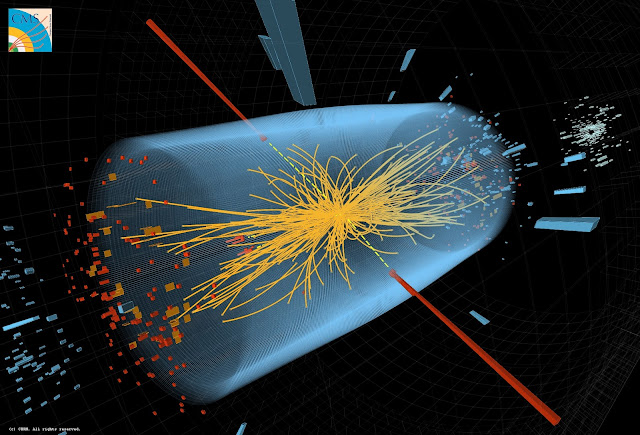 Indeed, such a History has produced a unique realm of concepts and rules, which are worked out by very competent mathematicians on blackboards – effectively working exclusively in abstractions. It has produced a compelling realm, which is necessarily compilation in its own realm, and is situated a very long way from the believed basis of the preceding Classical Physics.

The main imperative has been to reveal the Origins of Reality itself solely in terms of these ultimate, descrete and abstract entities – to supposedly lay bare the true determining basis for absolutely everything.

It is, of course, a lost cause! And, the reason is that it has become no longer a study of Reality, but something very different indeed. It is a study of abstract concepts, elicited from certain phenomena, but most definitely NOT a comprehensive and meaningful extraction, but, on the contrary, a selection according to a set of formal criteria, leaving absolutely everything that doesn’t so conform behind. Consequently it necessarily becomes a study of an entirely Formal World with the narrowest of connections with Concrete Reality.

Indeed, if you are to subscribe to this approach, you will no longer be investigating Reality-as-is, but, instead, only addressing a selection of simplified and idealised extractions, which are usually ONLY obtainable from intensively-farmed Domains within Reality. So, clearly, what is then studied in current Sub Atomic Physics is a version of that very same Formal World – the realm of Pure Form alone, which is termed Ideality, and served by its methodology, which we call Mathematics!

Yet, in spite of truly gigantic amounts of funds, resources and competent mathematicians, all invested into experiments such as those on the LHC, it certainly cannot be said that the original source, Reality itself, has been clearly defined.

On the contrary, the only way that the theorists involved have coped is by the adoption of the Copenhagen Interpretation of Quantum Theory, due initially to Bohr and Heisenberg, which embraces a supposed Reality with Wave/Particle Duality at its very heart, and Formal Description, which is deemed to be more profound and even determining than any attempted Physical Explanation.

Indeed, a “New World” is said to exist down there, which cannot be dealt within any other way, and most particularly not in the “old ways” applied universally before the quantum! And, this essentially different realm must henceforth be dealt with solely according to the bases, assumptions and methods of Copenhagen.

Of course, it is also true that many of the premises and principles of Classical Physics were, indeed, wholly inadequate in these deeper investigations of the nature of Reality. Yet, instead of solving the evident shortcomings of that established approach, the denizens of Copenhagen turned the other way, and “on principle” looked solely to Forms as the true essential drivers of absolutely everything.

But, clearly such things are ONLY abstractions from Reality, mostly carefully arranged-for, to enable reliable predictions in given contexts, and which are totally unable to explain properties and causes.

Indeed, without a moment’s doubt, equations are now seen as the actual “causes” of phenomena, rather than being merely formal descriptions of them. Clearly, Copenhagen and its whole consequent realm is entirely an idealist retreat!

In the next few weeks, two new Special Issues of the SHAPE Journal will be published, which explain Quantization in a very different, physical and materialist way. 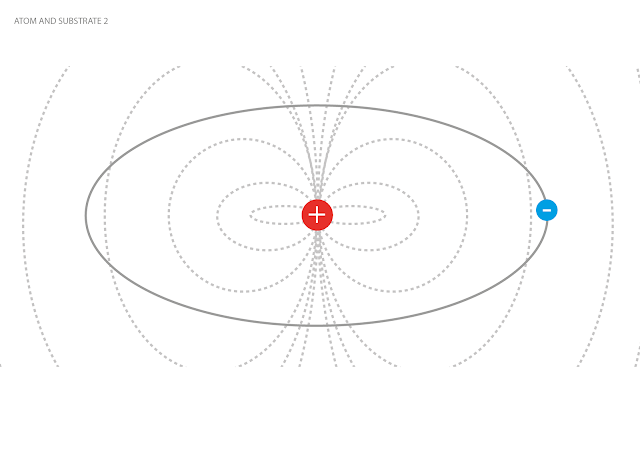 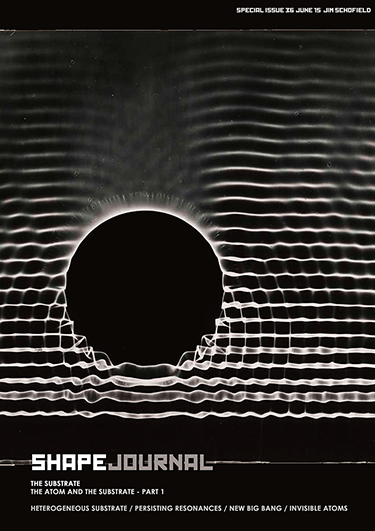 Part I of The Atom and the Substrate is now available.