Let us begin to Define its Successor!

As a scientist and mathematician, I have, to my own surprise, spent most of my adult life opposing the dramatic changes that have occurred in a part of my specialist area, which have taken it a million miles from the principles and premises that sustained it throughout the period of its greatest flowering, in the 18th and 19th centuries.

You may consider that, in saying this, I am harking back to the “Good Old Days”, in a similar way to the Romanticists, who rejected Science during the latter half of that period. You may even think that such a "backwards step" is an indication that I don’t understand the Great Revolution that has occurred, and long for the simplicities of that former stage, but that would be a mistaken conclusion! Indeed, compared to the group that I criticize, who are generally very narrow in knowledge and experience, outside of their own specialism, while I have studied well beyond my qualifications, and am amazed at the philosophical immaturity of almost all scientists.

Even the giants, who have contributed greatly to the achievements of Science, have proved to be infants when it comes to Philosophy. And, the reasons are easy to find. For, they all think that what they do in Science IS Philosophy, and are absolutely sure that they are the only ones in this "most basic" of all fields, and thus are those who can, indeed, instruct the philosophers themselves in this crucial area.

But the categorisation of the modern changes in Physics as revolutionary, are as mistaken as those who similarly categorised Nazism in the same way. Both trends were wholly reactionary, and very dangerous! After all, it was this precise group of physicists that delivered exactly how to make the atomic bomb, without, in any way, investigating its immediate and lasting effects.

The changes marked a significant retreat on the part of the majority of my colleagues: delivering instead a significant and damaging decline that, only now, is beginning to be revealed as a major abandonment of all the key principles of scientific endeavour.

And, for what can only be described as an approach, which is both blatantly pragmatist, and, perhaps surprisingly, wholly idealist.

Science as explanation is now considered condemned (in Physics at least) as both impossible and ignorable self-kid, while the way-out speculations of the mathematical physicists’ apologists are given the title of “theories”, while we are expected to embrace unobservable Strings, Physical Singularities and Parallel Universes, yet sneered at for expecting sound, scientific explanations of everything in the World that can be studied.

No, the position which I demand is the correct one of Science-as-Explanation, and to combat the pragmatists and idealists, who have invaded our properly won territory, with their inexplicable formulae and mammoth speculations. We must deliver a theoretical drubbing, that will expose their lightweight approach for ever.

We must study Mathematics and Physics AND the versions of Logic and Reason which underpin them, and determine exactly how they should be correctly and productively related in delivering what Science is supposed to be about – Understanding! 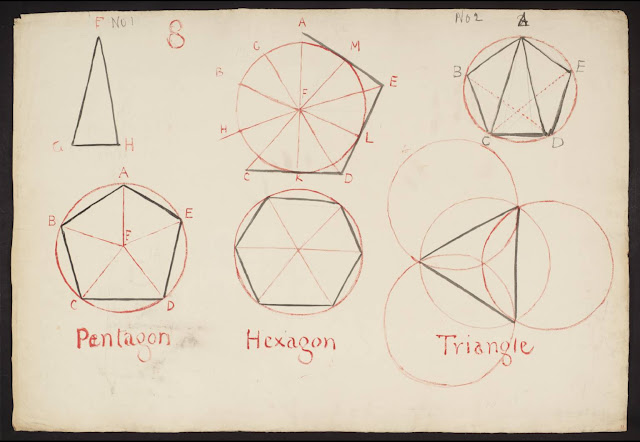 What is Logic & Reason?

The earliest profound realisation of what was possible using disciplined thought was embodied in the system of Geometrical Theorems of Euclid, at the time of the ancient Greeks. His bringing together, in a meaningful and coherent sequence of all the discoveries of the Greeks, in this area, was the first significant achievement of Logic by means of a valid set of processes or manipulations. It was not only a coherent and consistent exposition of that extensive body of knowledge, but was also a demonstration of the power of Thinking itself.

Previously, Mankind had built up a collection of “truths”, about various aspects of the World, but they were generally unrelated fragments. The Greeks, and particularly Euclid, realised that they were indeed related, and the relations were to do with Form. From some, of se Forms, used-together, others could actually be derived via series of processes termed Proofs.

Euclid managed to organise them into a system, where from a small number of assumptions and premises, the Whole set could be systematically proven, in a clear series of logical steps.

This had never been achieved before, in any area of study, so, it was a profoundly important achievement and has, quite rightly, become a vital part of Education ever since.

It was for me, the most significant single piece of purely logical thinking I had ever been presented with, and so profoundly affected me, that I embraced it whole-heartedly, as the centre of my personal education, and quickly became adept at proving every one of the full set of theorems to which I was introduced.

I also thoroughly expected the rest of Mathematics to be similarly dealt with, and attempted to settle into very similar methods in all the subsequent areas of the subject that I was taught and used.

I actually chose to remember nothing, and instead took great delight in working out “everything” from first principles, whether in problem-solving situations, or, perhaps, surprisingly, even in Examinations. It was not long before I achieved my first 100% in a Mathematics Exam, and was subsequently “most disgusted” if I ever dropped below this “necessary” standard. After all, I wasn’t remembering things, neither was I, each and every time, showing my cleverness. I was simply deriving everything by well-oiled and well-learned methods which delivered "The Truth"! Mathematics seemed to be the Essence of disciplined Thinking, and surely ALL problems could be solved by such sound methods? 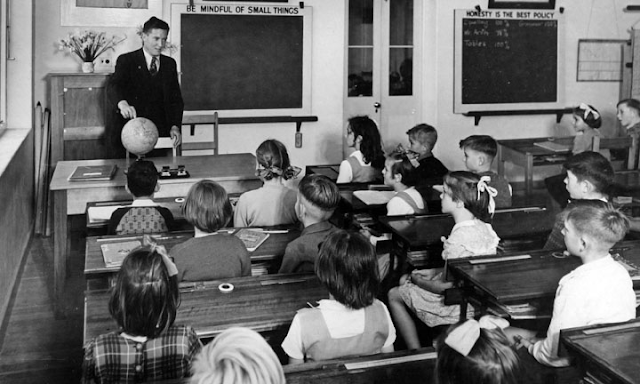 But, as you might expect, few other subjects were so easily susceptible to such methods.

Though, from that time onward, while at school, I never abandoned my “rational” approach, it was very soon evident that the World (and its study) was certainly not as pure and processable as the study of Mathematics might lead us to think.

(I only very much later realised that Mathematics existed in its own private world of Pure Form, which, in fact, set it well apart from the rest of my studies).

Yet, the strict Logic of Mathematics did, somehow, become the broader “Sweet Reason” of most other academic studies, the attitude embodied in my mathematical approach, even though it was not likely to be applicable in all problems of understanding in the World at large.

Indeed, there was, and could only be, a small selection of areas amenable to such a treatment.

My next significant revelation occurred, with my first encounter with Physics, which unlike Mathematics was NOT a monolithic World composed only of one thing, namely Pure Form, but, indeed, considered that its area of application was our surrounding World – everyday Reality itself, and which set as its task the explanation of all real-world phenomena.

But, though we were not limited to Mathematics or its absolute proofs, we were entirely subject to concrete Reality itself, and our techniques of revealing its properties, hidden relations and processes.

At least in my education, Physics was not Mathematics, but more like Natural Philosophy. 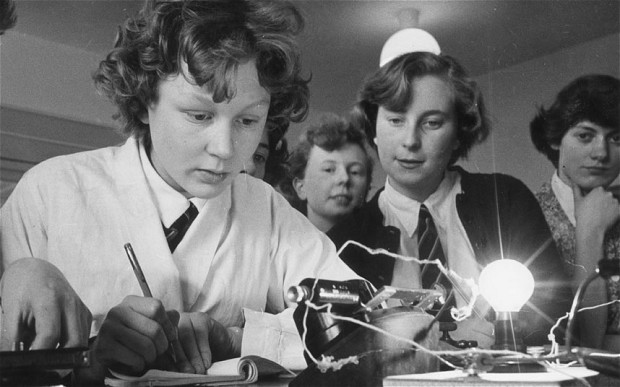 It found causal factors and investigated how they affected things and WHY! It named, studied and experimented to find sufficient to construct explanatory theories of exactly why things were the way that they were. This was clearly different to Mathematics. This was Reason in causal action!

Once more, we had a consequent approach which arose out of the physical division of the World into its supposed constituent Parts, and thereafter, via level within level, down to what were considered to be the most fundamental bases of everything.

To the young student, here was an approach which promised ALL! (As before, it was only later that I realised that Physics was no God-like passive, observational process, but, on the contrary, an effective interventionist means of controlling limited sections of the World in order to study them).

My World came (for me) to be built out of such logically amenable areas of study.
Posted by E Journal at 12:45