Revisiting David Malone's High Anxieties documentary from 2008 (you can watch it below), he seems, at first, to blame the collapses in social situations to ordinary people's own-and-increasing lack of confidence - their damning negativity, but, he then moved on to explaining that negativity upon to the discovery and vocabulary of The Mathematics of Chaos.


He also recognised a generally-adopted Prejudice-of-Safety, which he put down to the prior widespread belief in Stability, as the absolutely necessary norm for Reality - for it, alone, seemed to allow the delivery of both reliable Predictions, and effective human Control of natural phenomena, via a mechanistic Newtonian-Laplacian kind of causality (taken from Mathematics).

But, clearly, the main assumption in such a stance, was the idealist-belief that what happened in the Real World was wholly determined by wholly-separable and eternal Formal Laws.

Remarkably, in the documentary, dominated by images of the debris of crumbling, abandoned factories in what had once been flourishing, industrial cities like Detroit, Malone sticks to his "revelation" that absolutely nothing is exempt from the ultimate inherent Chaos latent in literally everything that exists.

It is easy to see why some people, including Malone, are so pessimistic.

The only possible conclusion seemed to be, "Give up now, you'll never do it!", for you can't do a thing about it!

Malone, and seemingly his version of the rest of humanity, are all locked into a philosophical Dead End, totally ill-equipped to deal with such cataclysmic events. There is not the wherewithal, in their assumed stances, to suggest anything that could possibly be done about these unavoidable calamities: "they are inbuilt into all aspects of Reality!"

But, of course, he is wrong!

The universal stance, which he tried-and-failed to accurately describe (and blame?) is not the only possible position to take philosophically. If you study Philosophy, with a view to equipping yourself to actually get closer to understanding things, you can trace its development from the Pragmatism of early Homo Sapiens with, "If it works, it is right!", down through the Idealism of the Ancient Greeks, as shown in both Euclidian Geometry and Formal Logic, and then to the beginnings of Materialism with Aristotle.

All of which, surprisingly, then co-existed with prior stances for literally millennia, which were due to the universally-subscribed-to Principle of Plurality that crucially made all causative factors separable-from-each-other, so that they could (though only very occasionally) be extracted as eternal Laws.

But, even, at the very outset of this adopted amalgam, the Greek Zeno of Elea did discover-and-reveal (in his famous Paradoxes) important contradictions, due entirely to this messy-and-incorrect mix-of-stances, but, even he had no idea what to do about it. Indeed, it wasn't properly addressed for a further 2,300 years. And, long before that turning point was finally reached, Mankind had found a pragmatically-effective way of "making-it-all-work-out", by imposing a version of Plurality upon defined and controlled areas of Reality, which they had constructed deliberately to reveal, as clearly as possible, a single, targeted, causative factor.

Now, this turned out to be a major breakthrough, because it enabled the reliable use of what could then be extracted, as long as the situation-for-use exactly replicated the prior situation-of-extraction!

Indeed, without further developments, this important change enabled the whole Industrial Revolution via sequences of processes, each one delivering only a single causative factor, so that after sufficient of these stages, the required, "predictable outcome" was finally achieved.

And, it was this that enabled the mounting growth and dominance of factory-based Capitalist Economics!

Now, Malone seems to be totally unaware of this trajectory, and instead, can only mistakenly-identify its definite undermining via "discoveries in Mathematics". But, all his conclusions are only true, if all the underlying conceptions and consequent resultant Laws are assumed as being absolutely true.

And, that they most certainly are not!

The amalgam of Idealism and Materialism, made "possible" by Plurality, and the flaws of this illegitimate amalgam, got around by the regular use of Pragmatism, was bound to generate multiple contradictions.

The resultant Dead End was true only if such a mixed stance really did reflect Reality.

And. the initial proofs that this certainly wasn't the case were delivered by Hegel around 200 years ago, when, on the basis of the very different Principle of Holism - "Everything affects everything else!", was able to show that Dichotomous Pairs of contradictory concepts were inevitable with the current mistaken pluralist stance, and even showed how such impasses could be transcended by the seeking-out, finding and correcting of the underlying premises that had led inevitably to these dead-stops in Reasoning.

It was, of course, his assumption of Holism that alone gave him a handle upon the real situation of Reality, and which led to the addressing of qualitative changes - impossible with the pluralistic fixed-and-separable Natural Laws.

A very different stance was established, which had complex mixes of causal factors, which didn't merely "sum-unchanged" in varying amounts, but, instead, actually modified one another, until some sort of balance was obtained, which invariably consisted of the dominance of one of them, within a balance of the rest!

Such a situation, which mostly only changed as a variability, around a single dominant relation, was defined as a Stability, which had the appearance of being both predictable and permanent.

BUT, in fact, the actually simultaneously-acting multiple factors could not be extracted as they really were.

And the one-factor-at-a-time method that had been developed, always gave different factors to the ones actually acting together in unfettered Reality-as-is.

So, the sequence of processes, one for each factor, though they produced an end product which could be predicted, NEVER delivered what unfettered Reality-as-is would deliver naturally.

And, most important of all, the times when the Stability in the Real world situation was finally undermined by small but crucial qualitative-changing of the contributory factors, for then, things changed in a major qualitative way, which could never be delivered by the pluralist methods described.

Hegel realised that a situation under study in the real world, without both the simplifications and idealisations into separate processes, would instead by a varying nexus of factors, emerge often with two exactly opposite possible dominances, and which of these predominated depended upon the changing mix of contributory factors.

His studies of such situations, which he termed Dialectics, could identify these opposites and consider what might occur due to the particular changes involved.

He termed his method the Interpenetration of Opposites.

But, of course, there was an important handicap! Hegel was an idealist, so he was speaking only of Thoughts, whereas these alternatives were much more generally true. Indeed, as I have slipped into describing them above, as of Physical processes too.

So, to do more than be a criticism of Formal Logic, Hegel's Dialectics had to be transferred wholesale to a Materialist stance - a task begun by Karl Marx. 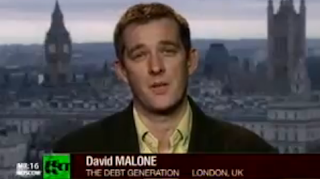 Thus, the whole analysis of the situation which Malone was attempting to deliver, in High Anxieties, was like asking a non-scientist to explain Quantum Physics. Neither he nor his supposed audience would have ever been equipped with what is necessary to address such questions, and, of course, social positions with a whole array of political beliefs as well!
Posted by E Journal at 12:26