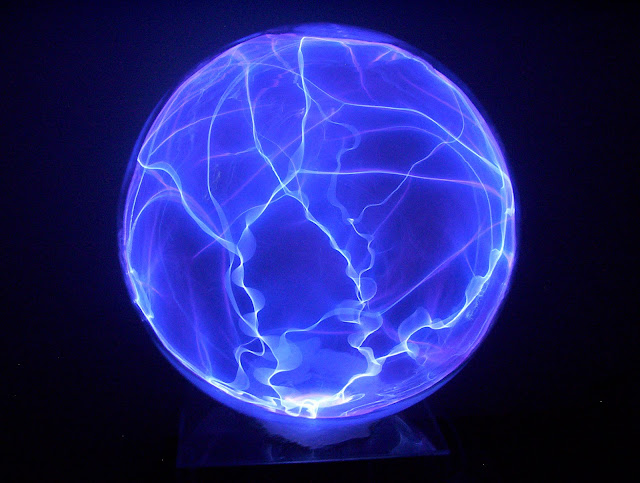 Having returned to re-assessing The Electric Universe stance, as a consequence of encouraging developments in my own Dialectical Physics, I found both interesting resonances, but also very clear bifurcations, clearly due to the very different origins of the two stances.

Yet, both approaches seem to arrive at very similar positions, in many important areas (though for very different reasons), particularly concerning attitudes to the major retreat that is The Copenhagen Interpretation of Quantum Theory, as well as both Einstein’s Theory of Relativity and The Big Bang Theory in Cosmology.

But, both of these different origins have their merits! And, because mine was initially based upon the crucial need for Materialist Explanation, and then later, upon a developed philosophical critique of the universally-established “western” approach to both Mathematics and Thinking via Formal Logic - that equally involve a surprising amalgam of Pragmatism, Idealism and Materialism, I feel that I can also understand the alternative approach of the supporters of The Electrical Universe, as they seem primarily to be Electrical Engineers and Experimental or Observational scientists, rather than either being Mathematicians, or mathematical physicists, as is now the norm in Sub Atomic Physics. So, the reader will understand, that the resonant strands I have discovered in both views, as well as how they were impelled from both sensible and sufficient grounds, are seen as worthwhile criticisms of the current consensus Copenhagen position.

I have also been a long-time student of Human Prehistory, and surprised by the preponderance, as well as the clear successes of Pragmatism over the vast majority of Mankind’s existence upon Planet Earth. For, long before Civilisation began to be firmly established, this physically weak descendant of the apes, Homo sapiens, had not only conquered Fire, and the making of flint tools, but, geographically, had also spread- out across almost the whole Earth, and even, thereafter, carried-through the remarkable Neolithic Revolution, to significantly change from being mere hunter/gatherers to actual competent farmers, with new skills in Animal Husbandry, Weaving, Pottery-Making and, most crucial of all, growing crops in a settled place, and having an increasingly rich and communal lifestyle. And though, all this was achieved with Intelligence, for sure, it, literally, only involved Pragmatism as its sole intellectual methodology.

So, most certainly, I then had to discover just how Mankind has also inserted both Idealism (as in Pure Mathematics) and Formal Logic, into its Thinking, and integrated all of these with a strongly Materialist stance too. For these are not exactly conducive to one another, yet have persisted, in that remarkable contradictory amalgam even to the present day. The remarkable survival of this amalgam was surely down to a still-strongly-adhered-to Pragmatism - “If it works, it is right!”, which could always be used to paper-over the unavoidable, inherent contradictions, by references to pragmatic successes in concrete Reality.

But, such a contradictory set of simultaneously-held positions was sure to lead to major problems, perhaps most certainly of all in Science. Pragmatic justifications and Applied Mathematical methods may be sufficient in finding productive solutions, but they turn Explanatory Science into a patchwork of cases with more papered-over links than revealing Understanding.

In Theoretical Physics, and increasingly at the Sub Atomic Level, it was becoming an absolutely insupportable mess. So, while the Technologists were forging ahead with ever-more effective applications, particularly in electrical and electronic areas, the theorists were more-and-more delving, ever-deeper, into Elementary Particles, using ever more powerful and expensive kit. Yet, the theories of those physicists were falling apart: they couldn’t string them together into coherent, consistent and comprehensive explanations. Theorists tended to rely more and more upon mathematical forms alone, which they had managed to usefully-fit to phenomena, but increasingly without any underlying physical explanations. 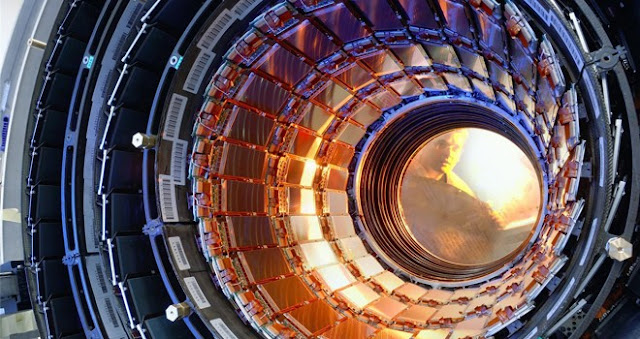 The ultimate resulting situations were becoming inevitable! While the technologists stuck ever closer, via their Pragmatism, to concrete Reality, the theorists began to speculate, from their useable equations, into wholly new idealist entities - governed by rules rather than physically explicable relations.

It should have been no surprise that a major and contrasting alternative, based upon highly competent, materialist-yet-pragmatist technologists, would arise, and, thereby, attempt to do the theorists job for themselves. That seems to be the contribution of The Electric Universe group! They are still wedded to Materialism, but by solely-pragmatic ties.

Now, another group, led by first de Broglie and then Bohm, still sticking fast to the old, classical amalgam of philosophic stances, did attempt to counter the Copenhagen tendency. But, they were bound to fail! For, the main plank of their position was exactly-the-same as that of the Copenhagenists! Both groups subscribed implicitly to the Principle of Plurality.

Now, this premise is very old indeed. It arose, because Mankind’s awareness of Reality was unavoidably limited to a belief in the un-changeability of Reality: most things seemed entirely fixed to them. So, they assumed that Reality was determined by fixed (indeed actually eternal) laws, which were always totally independent-of-context! Now, this certainly isn’t true, and it seriously disabled those critics, just as much as it had their now dominant opponents.

So, a third group was possible, but it did not exist, as yet, within the "Scientific Community”. It did exist, however, in the Philosophic Community, and had been re-invigorated by the German Idealist philosopher Friedrich Hegel, some 200 years before. For he, in his study-area of “Thinking about Thought”, had realised the inadequacies of Formal Logic by being incapable of dealing with Qualitative Changes of any kind whatsoever. So, he built upon Zeno of Elea’s Paradoxes of around 2,300 years earlier, by generalising such contradictions into what he termed Dichotomous Pairs, and put these down to the validity of qualitative changes actually occurring.

Indeed, a much more accurate tenet of Reality was considered to be the Principle of Holism - “Everything affects everything else!”. So, he decided that a thorough-going critique of Formal Logic, based upon the holist position, was absolutely necessary, which for the very first time would accommodate qualitative change, and hence ultimately deliver a Science of Logic. His approach was to seek out Dichotomous Pairs of contradictory concepts, as occurred when un-traversable impasses unavoidably cropped up in Formal Logic. He discovered many of them, and decided that they were due to erroneous, flawed or even missing prior premises, as the cause. So that, if corrected, the impasse would be replaced by a eminently transcend-able bifurcation or fork-in-the-reasoning-path. But, in addition, the actual causes of directly opposite pairs required explaining: and this he did not succeed in delivering. But, he did describe a methodology of addressing the opposites to get at the ”changeable truths” of Reality, which he termed Dialectics.

Now, certain of his followers. especially those well versed in History, such as Karl Marx, immediately recognised that Hegel’s discoveries extended validly a great deal further than just Human Thought: they also applied to developments in human history, and the sequence of economic bases for a succession of societal forms. Indeed, he and his colleagues transferred Hegel’s Dialectics wholesale to concrete Reality itself - to a Materialist Stance, which he termed Dialectical Materialism. Clearly, the prospect of applying these gains to Science was the most exciting revolutionary prospect! But, sadly, it never happened.

Marx was first preoccupied with his primary specialism, History, but also soon realised that he had to tackle Economics to take even that to any necessary conclusions. So, he spent many decades upon Capitalist Economics, in his work, Das Kapital. But, the basic Sciences were never addressed in this comprehensive way.

In spite of single contributions by Lenin and Caudwell in the key area of The Philosophy of Science, absolutely no root-and-branch critique of that Philosophy was ever undertaken by Marxists, and the whole trajectory of developments in Science (and particularly in Physics) has been with the total absence of any postulated dialectical alternative. So, the chaotic mish-mash of contradictory stances still stands, though more and more, currently, as equally inadequate “warring camps”. Sadly, the justifiable rebellion of, first the neo-Bohmians, and, currently, from those of The Electric Universe persuasion, are both still founded upon alternative amalgams of contradictory stances. Neither have tackled the inadequacies of their long-held underlying assumptions.

The Copenhagenists are entirely without any genuine Materialist Explanations (they have retreated into Mathematics and Speculation), while the Electric Universe adherents are without a comprehensive, consistent and coherent set of explanatory theories (their technological origins are still not only evident, but remain dominant).

So, both of them are also still without any means of breaking-through the inadequacies of their still strictly “pluralist stances” - and the crucial problem of qualitative change is never even considered!

In spite of many valid criticisms put forward by the Electrical Universe adherents, they don’t wash with the Copenhagenists who now “dwell” in an entirely formal World - Ideality. But also do not and indeed cannot present a coherent, eminently extendable alternative. It is like the Technology that produced them, a collection of pragmatic achievements and relatively unsophisticated, though clearly materialist, explanations. They now, more than ever, require the thinking of well-established and well-equipped theorists, which are unobtainable from the Copenhagenist tendency.

It now seems clear to me that an entry into these ranks by Dialectically-competent theorists could make real headway. But, only if the topic of the Philosophy of Science is allowed in, and the assumptions on which these ideas are based, truly challenged.

This paper has been published in the latest issue of SHAPE Journal, which you can read here.