Form: We think we know what it is!

And, we certainly know how to use it.

We have reached a remarkable sophistication in how we develop it.

Indeed, these positions have even led to it being generally promoted to delivering the essential Primary Causes in all of all of concrete Reality - and even, indeed, to the establishment of the Idealist philosophical standpoint, and the escalation of form's nature-and-laws, in Mathematics, to the position of Queen-of-the-Sciences, from its real position as its pragmatically useful Handmaiden. 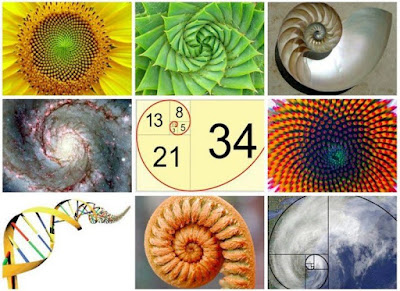 But, it delivers, quite clearly, a wrong, or perhaps more accurately, a mistaken, path, overlaid-upon-and-hiding the more essential Route-to-Truth, and achieved by man's remarkable intelligence-and-ingenuity in purposely adjusting real situations to conform artificially, though never perfectly, to the consequent ideas and techniques of such a stance.

Early Man's intelligence coupled with his first intellectual tenet of "If it works, it is right!" - termed Pragmatism, had already equipped him to spread across the whole accessible World, as a successful hunter/gatherer. And, it has also underpinned all subsequent intellectual development, as it still does, to this day.

Initially, developments were slow in coming, as Man's only source of tools was sharp-edged, brittle-but-hard Flint, and his succession of discovered "cultures" were almost entirely to do with how he knapped pieces of Flint to produce variety and effectiveness in those tools, and, it took around 90% of Man's entire existence as a separate species (over 170,000 years) to arrive at the Neolithic Revolution. which began to change everything, culminating around 7,000 years ago with the first Human Civilisations.

By some 2,500 years ago, in Ancient Greece, the first entirely new addition to man's intellectual toolkit was, in fact, the recognition and study of Form.

It took the study of shapes into a wholly new level with what we now term Euclidian Geometry, and this in turn led to a whole series of other disciplines suggested by the success of that initial development of Mathematics. 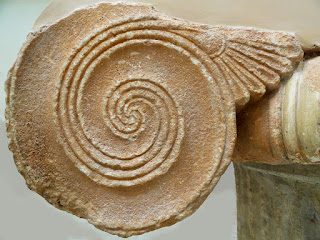 It was in this following explosion of intellectual pursuits that Form, as dealt with in Mathematics, became essential. Indeed Formal Logic even includes that basis in its title.

But, in spite of its efficacy when coupled with a now well-developed Pragmatism and consequent effective technical achievements, it had a major flaw! It literally never worked perfectly in Reality-as-is!

All situations in Reality were clearly the results of many often-contending causes, and it took the union of Pragmatism-with-Form to begin to bring aspects of the real World into Man's better control. Situations were purposely simplified by removing as many contending-and-confusing factors as possible, and, thereafter, maintaining that control while the now clearly-revealed Form was extracted and studied.

Reality was firmly "pinned down" all the better to study it! BUT, was that studied-aspect exactly the same, when so artificially-isolated, as it was when embedded with others in Reality-as-is? The consensus decision was that it was indeed the same. So, implicitly, a crucial Enabling Principle had been inadvertently assumed.

It is, in fact, the Principle of Plurality: and it states that all factors, acting together, are independent of one another - they are indeed totally independent of all containing contexts. But, that is , most certainly, not true!

And, that fact is proved by successful use: for the extracted Form can ONLY be used successfully, if the very conditions of extraction are adequately replicated in use. And, Man, being a consummate pragmatist, could always achieve that requirement, and hence effectively use what had been revealed.

In spite of Plurality being incorrect, its inadequacies could be overcome by pragmatically optimised conditions. Technology was saved, but Science was sorely-damaged!

This was because extracted Forms were raised to the status of eternal Natural Laws, and that was quite-definitely untrue. And, consequently in Explanatory Theory such supposedly "eternal laws" were brought together in dealing with complex situations as totally FIXED components, and that was incorrect.

The edifice of "scientific explanations" was based upon an unsound premise and would, therefore, inevitably lead to both contradictions and impasse situations.

The philosopher Hegel had been right!

Though he was talking about thought, it definitely applied in Science Theory too, and his revelation of Dichotomous Pairs of totally contradictory concepts, revealed by unbridgeable impasses in Formal Reasoning, was true not only about Formal Logic, but also about all pluralistic Scientific Theory too. 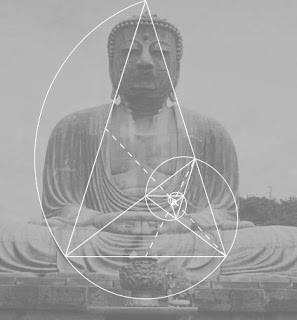 A whole panoply of intellectual disciplines arose with exactly the same flaw, but only in the West. In India and ultimately in the East generally, the Buddha at about the same time as the ancient Greeks had implicitly assumed Plurality, had assumed Holism instead. The Principle of Holism took the opposite assumption - that "Everything affects everything else!" And, without any doubt, there is a greater content of Truth in this alternative.

Complex situations were seen as composed of multiple, always-varying factors, and though temporary dominances were indeed possible, and could last for significant periods of time, there always was an underlying dynamic which would, at some point, lead to dramatic changes, and crucially Developmental Changes too.

It was indeed, if an appropriate, investigative methodology could be developed, the ONLY basis for scientific Theory. The ultimate model of the pluralist view was Laplace's Clockwork Universe.

While, that of the developed holist view was closer to an Evolving Universe!

So, can we say what exactly the "Worship-of-Form" actually leads to, and why it has triumphed for so long?

As it turns out, we must answer the second question first. Form is true only when a single factor is acting in a simplified situation! It reveals a pristine-relation caused by a single physical cause. So, it is a legitimate extraction in such a situation.

BUT, even there, it is never primary, it is the result of the quite different and definitely primary Cause. And, this shows the Universality-of-Form: for the very same form can emerge in very differently-caused situations - and those actual causes do NOT have to be connected, just the resultant form is one of those which regularly occur all over the place! And hough, they can be used for description-and-prediction, they can never be used as the Sufficient Causes.

Now, why is this the case?

All versions of situations involving a particular cause are clearly related: but they are inevitably changed by other causal-factors acting-simultaneously. They therefore posess a family likeness: every one will be similar to the pristine-single-cause version - that is why they are all assumed to be the SAME! The pristine version is the Ideal Version of an adaptable Form.

As such it is fixed, but never happens as such in Reality. Indeed, the whole of Mathematics restricts itself solely to these Ideal Versions! And, all theorems, manipulations, and the rest are only true of those. We call that World Ideality: it is NOT Reality!

So, the process of finding-and-fitting measured data to a Mathematical Form is not only a simplification - due to the absolutely-necessary Farming-of-Context, but is also an idealisation of the actually-performing, modified-cause in the real situation. And, this puts major limitations upon systems of using these "fixed Laws" in production. Each law is limited to its own ideal context, so all productions necessarily involve sequences of ideal contexts, for each and every "law" used: it can be made to work, but only via this "factory-like system"! And, crucially, if those context-conditions are allowed to change, even marginally, or even if the process in a given context goes on for too long, it can cease to be appropriate, due to tiny and consequently uncontrolled factors, and the involved "Law" ceases to deliver, so the process inevitably fails.

Have you worked in a factory, if so you'll know exactly what I mean!

Now, in 1927 at the Solvay Conference, Niels Bohr and Werner Heisenberg unveiled their Copenhagen Interpretation of Quantum Theory, in which, to solve the problems of numerous impasses and anomalies in Sub Atomic Theory, ordained that Physical Explanations had not only failed in this area, but were also objectively impossible to take any further at the Sub Atomic Level, and proffered, instead, a wholly-mathematical-approach that could be made to successfully predict outcomes. 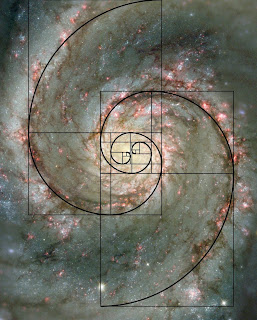 Their main opponent was Albert Einstein, but though he argued for physical Explanations as paramount, he was also committed to mathematics as evidenced by his General Theory of Relativity, and the Copenhagenists won the day.

But, in the light of what I have revealed within this essay, it must be clear that this retreat was doomed from its outset. No wonder they had to invent Wave/Particle Duality, superposition and the illegitimate use of probabilities upon "simultaneous states of the dualist object", not to mention Quantum Entanglement and the Collapse of the wave function due to measurement.

With their gravely flawed philosophical stance, absolutely NO solution is possible. And, those errors are not just confined to Copenhagenists, but also to their Classical opponents too, and even those around de Broglie and Bohm's positions. The various amalgams of Idealism, Materialism and Pragmatism have to go, and the cornerstone of Plurality dumped for a Holist alternative.

Now that is, admittedly, a very Big Ask, but it has already commenced with the work of this theorist, Jim Schofield, to apply Hegel's solution to flawed premises in order to successfully solve every-single-one of the anomalies in the whole set of Double Slit Experiments. And, he did it by re-instituting the key omitted premise - the presence of a currently undetectable Universal Substrate throughout the Universe.

Remarkably, this assumption not only tackled those experiments, but also made possible the trascending of many other unexplained aareas such as quantised orbits within atoms and Electromagnetic propagation, as well as the subtending od concrete fields in what is usually assumed to be totally Empty space, and even Pair Productions and Pair Annihilations.

The "holistic" experimenter, Yves Couder, has even achieved quantised orbits in media at the macro level, and proved the role of such substrates as both general Sinks and Sources to provide energy in active situations, when its origin by the usual stances deliver nothing at all.

And, previous work by the holists Charles Darwin in his Origin of Species, and Stanley Miller in his Experiment to produce amino acids from an emulation of the Earth's Primeval Atmospheric processes, are both under review. First to extend Darwin's Natural Selection backwards into Non-living chemical reactions. And, secondly, with Miller's experiment to re-design it in order to monitor its internal developments as they occur.

Finally, a major and significant holist-dialectical critique of the whole History and development of philosophic Stances of Science is nearing completion.

The era of the dominance of Pure Form is finally coming to an end! 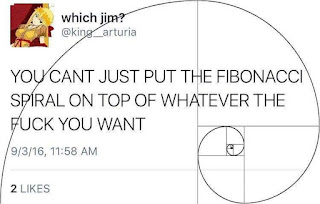