A critique of Helena Sheehan's book
upon Marxism, Science & Philosophy
Part I


This paper, at this very early stage, addresses only Helena Sheehan's 38-page Introduction to her book, but such is, I have found, always a legitimate first step, as the writer's main purposes are usually clearly emphasized there, and so what will be delivered later in detail, will be usefully outlined in an Introduction to give direction to the ultimately following narrative. For then, you will have a fair idea of what you are going to get, before any other, as-yet-unmentioned diverting elements introduce any confusion, in the following detailed treatments.

This work, of almost 600 pages, attempts to relate both Marxism and Science, via their "philosophies" and their "histories", but does it from a surprisingly-claimed standpoint, namely from "Within Marxism", and this leads her to treat all of what she considered were natural, if sometimes aberrant, developments, from a supposed common-ground - established by Karl Marx in the 1840's, and including all that has been delivered, ever since, under that explicit banner.

Significantly, extensive access to the many countries, which, at the time of her extensive visits to them, and her consequent writing of this book, were still under the aegis of being "Socialist States", and still largely dominated by the Soviet Union. And, this was indertaken along with unrivalled access to their Centres of Learning in those countries. It, certainly, infers a strong connection, with one or another of the Communist Parties in the West, and having been a member of the CPGB, myself, for a time, I recognised the names of comrades from that time, within her Acknowledgements.

Sheehan personally sees her account as being about, "The story of the shifting nexus of science, philosophy and politics within Marxism", to which you have to ask, "So what is this 'container' which can include all of that?"

For, she puts that aberrant path down to "new scientific discoveries, new philosophical trends and new political formations", as the determining causes! And, that statement alone answers my question, by defining that "container" as being clearly - all those either professing to be Marxists, and, surely, also, in addition, even those defining that stance from without: that is both everyone calling themselves Marxists, and even opponents defining it, seem to be included within its inevitable trajectory of development! But, such errors are surely only later explained, while dealing with their origins within the criticisms of Formal Reasoning by the German Idealist philosopher Hegel, and his consequent assault upon Dichotomous Pairs of contradictory concepts, which always led to rationally-unbridgeable-impasses in Reasoning, and, thereafter, his consequent discovery that the problem always resided within inadequate or missing premises.

For, the origins of that crucial flaw had been there in Reasoning ever since the Intellectual Revolution in Ancient Greece, which occurred as an inevitable-consequence of the Neolithic Revolution some thousands of years earlier. What finally occurred was the beginnings of conceptual Abstractions, first in Geometrical Forms, and then in Mathematics in general, which was so productive in those idealised realms, that they were extended to Reasoning in Formal Logic too.

But, those original and highly-productive contexts were NOT about Reality-as-is, but, always, about stable-concepts-alone: where things didn't change qualitatively. And, though not originally overtly stated, such a stance was later found to conform exactly to The Principle of Plurality, wherein qualitative changes were prohibited, and entities, concepts and even Laws were considered to be fixed- it was also where the idea of eternal Natural Laws came from later in Science!

Now, this chosen trajectory colours the subsequent use of words like "rational" - for it usually implies a dependable mode of reasoning, which Formal Logic never delivers outside of Stabilities. And, in the same way, reference to eternal Laws, and even Truth has to be undermined if used loosely too.

And, I must take issue with the "Broad Church" definition of "Marxism": for Marx's contribution was initially philosophical, and carried over Hegel's Dialectical Logic entirely, but into a strictly Materialist stance. And, thereafter, he began to apply it to his own specialist discipline of History, where he was able to explain prior Social Revolutions in terms of Crises in Stable Social Forms, progressing into total, general collapses, and subsequent creative construction of wholly new Social Stabilities.

Marx developed Dialectics as the a more reliable way to deal with all qualitative changes , in particular with all situations in crisis, and at every possible Level.

Now, Sheehan calls it, "A story with its dark side, with retrogressive episodes, unscrupulous characters, hasty and ill-conceived projects, and superficial solutions, sometimes with dire consequences" - does this sound remotely like those involved applying Marx's Dialectics to currently happening situations?

Of course not! And such people were not Marxists, at all!

Sheehan is actually talking about the Stalinist bureaucrats, who drove the real Marxists out, or executed them as traitors, or even had them assassinated abroad. These perpetrators were trenchant enemies of Marxism who appropriated its name - and they were strong defenders of their accrued privileges and power.

Not every supporter of the Revolution, or even every member of the Bolshevik Party were Marxists, and the Civil War with the Whites, and the many armies of intervention, as well as the economic blockade inflicted upon the first Socialist State, would, and indeed did, distort the ways and the means of those running the new state. The bureaucracy became a reflection of these external forces from the capitalist states. and imposed "solutions" upon their own population, whether they liked or understood it or not!

The Marxism of Marx, or even that of Lenin was driven out by this bureaucracy, and the people's support for "Their Socialist State" was constantly eroded.

To explain all this, also required a trenchant criticism of State Ownership merely replacing Capitalist Ownership, with little or no Worker's Control of their places of work. And the same set-ups, but worse, were imposed upon the subject peoples of Royalist Russia, and the USSR's enlarged "Empire" too! 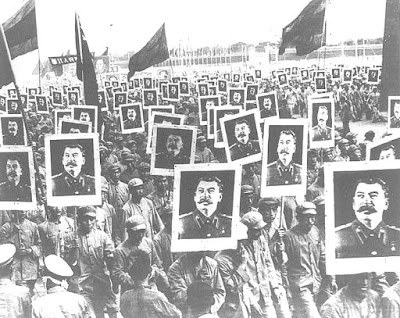 Nope. "Bad apples in the barrel" is not a Marxist analysis!

And, the many "complexities", of which Sheehan complained, were actually due to diverse pragmatic solutions isolating the Soviet Union from the efforts of the Capitalist World to destroy it. Such a struggle could have been the means of raising the Soviet People's Marxist consciousness, but, that was never the policy of the Bureaucracy.

Sheehan goes on to claim that:

"This work attempts to give an historical account of the development of Marxism as a philosophy of science as well as a philosophical analysis of the issues involved."


But sadly, the essentially-required prior-project to enable her intention had never actually happened! The 40 years invested by Marx into Capitalist Economics, was never replicated to do the same for Science, where it would surely involve a great deal more than what Marx had had to invest into a much smaller area. He had correctly concluded that he had first to become an Economist, and studied the best of the English School first, before he could even embark upon a meaningful critique of that subject.

So, with Science, the task would either involve the same sort of learning curve to be undertaken by an excellent Marxist (as good a dialectician as Marx), or, alternatively, its undertaking, along with the detailed study of Marxism, by a professional scientist critical of the consensus stances within that discipline.

It never happened, either way!

The aspiring Empirio Criticists within the Bolshevik Party, had it wrong, and had to be retrieved by Lenin with his book Materialism and Empirio Criticism, but Lenin was no qualified scientist and was pre-occupied with preparing to lead a Revolution.

The essential task was never undertaken, so Sheehan's intention also could also never be fulfilled - for the wherewithal to tackle it didn't actually exist.

"It shows the Marxist tradition to be far more complex and differentiated than is usually imagined, characterised by sharp and lively controversies for contending paths of development every step of the way."


And claims she is tracing the History of the Mainstream of Marxism in the century since Marx set out upon his colossal task. But she illegitimately confuses Dialectical Materialist Philosophy, and the Politics which both flowed from that stance, and conversely elicited a hostile incursion to those purposes from without! You cannot make those two coincident, for they never were. Each-and-every attempt at building a Workers International Organisation was betrayed by non-Marxists, largely consisting of Middle Class interlopers fearing what such an organisation would do to their intentions and aspirations.

It always occurred! And, there were always resources from defenders of Capitalism to finance such incursions.

The use of the term "Marxism" to cover all of this is certainly incorrect!

The Philosophy which Marx arrived at is has to be the engine of any consequent Politics. And the so-called controversies occurred when that wasn't the case. Stalinism was never a strain of Marxist philosophy: it was the stance of bureaucrats with State Power in the new State, which emerged from the Russian Revolution. The fights were not between groups of Marxists who honestly disagreed with each other: the two groups had very different stances and purposes. 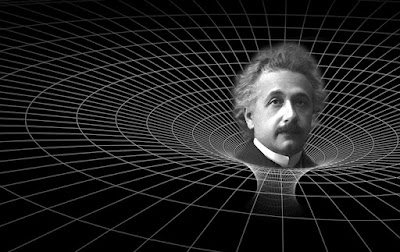 The so-called controversies concerned with Relativity and Quantum Theory actually revealed the as yet uncompleted tasks of applying Dialectical Materialism to Science, but if the Marxists hadn't been removed from the struggle, they, and definitely not their opponents, could have completed that task. To blame the errors on the new discoveries in Science is dishonest. For dealing with these aberrations would have strengthened the new Philosophy: that's how developments occur!

The very fact that the new Idealist Stances in Sub Atomic Physics spread to Russia, showed clearly how far the Bureaucrats had strayed from Dialectical Materialism. For what they claimed was Marxism was nothing like the most important means that had been in Marx's hands, and should and would have tackled the latest Positivist inventions, if its supporters had survived the purges.

Imagine what the centres of Learning in a genuinely Marxist state could have achieved in this area!

NOTE: I must interject at this point, for the writer of this paper is both a Physicist and a Marxist, and has recently completed a real Marxist treatment of the Idealist Copenhagen Interpretation of Quantum Theory, which any real Marxist could have done long ago. And a key reason for this never happening before was the triumph of the Stalinists.

And remember the collapse of the Soviet Empire was down to them too!

This scientific undertaking has taken most of my adult life, because I had to effectively "do-a-Marx-type-job" from scratch! There weren't any Marxists to help me.
Posted by E Journal at 12:50