Socialists for an Independent Scotland! 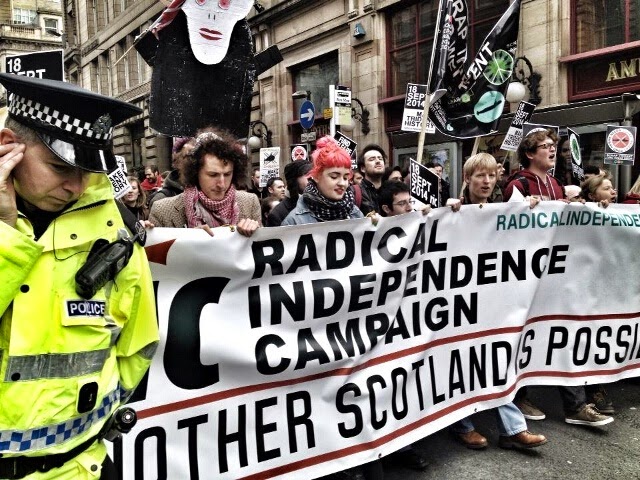 It is clear that all the pro-capitalist parties in the UK oppose Scottish Independence.

It should tell socialists that these people couldn’t give a damn for the people of Scotland. They have used it as a dumping back yard for generations.

And they wont get it as part of the UK.

Independence will change all political agendas. And because of this all socialists must support Independence.

It is because the Scottish people have been socialist for a long time. Kier Hardie built the Labour Party for the Working Class. There is only one Tory MP from the whole of Scotland! Even among the SNP there are socialists.

What has been missing both in Scotland, and in the rest of the UK has been a clear and resonant socialist call for Independence!

If Independence is achieved, what will be the agenda of the SNP? They will have achieved the reason for their existence, so what will they do then? The answer is NOTHING! They will no longer have a populist and invigorating policy! Their leaders will revert to being what they have always been – pro-capitalist!

We must shout loud and clear for an independent Scotland!