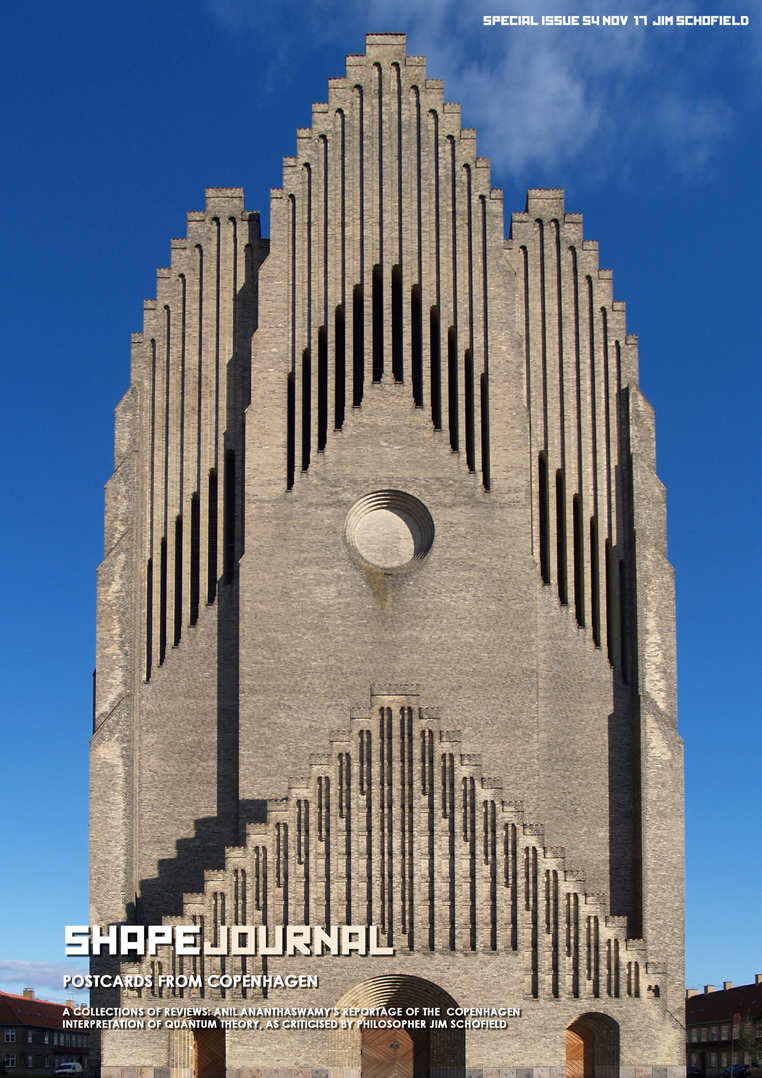 Anil Ananthaswamy’s reportage of the Copenhagen Interpretation of Quantum Theory:
a critique by Jim Schofield.

For, the whole period of my published criticisms of the Copenhagen Interpretation of Quantum Theory, the writer of this paper has had to deal with a regular series of articles in New Scientist by Anil Ananthaswamy, who trenchantly writes in support of this now generally accepted, but clearly idealist, view of Sub Atomic Reality.

In an important way, I have to thank Anil, for he not only presented me with diverse targets to deal with - such as in his contributions on Mathematics, but also, by such excursions, allowed my much wider philosophical and historical stances to be dealt with in tandem with my Physics-based criticisms. So, in his own seeking for wider confirmations of his preferred stance, he made my position all the easier to express.

And, this is because not only Copenhagen, but also the Classical stances in Mathematics and the Sciences, have all been stymied by the same illegitimate amalgam of Pragmatism, Idealism, and Materialism - all of which (and also including Formal Logic) have persistently been further damagingly distorted by the universally agreed-to Principle of Plurality.

But, the most pernicious component, when it comes to dealing with the inevitable contradictions generated by this amalgam, has certainly been Pragmatism - “If it works, it is right!”, as the legitimising stepping-stones across each-and-every illegitimate transfer - always blanking-out the contradictions with a pragmatic by- pass.

As the reader can imagine, specialists usually rigorously keep to where they can justify their differing stances, and only make brief and narrow ventures into other disciplines to excuse their pragmatic hops over evident difficulties: but then finally, Copenhagen ended that old “solution”, for good.

Truly Major philosophical changes were unavoidable, which, in the case of Copenhagen, meant a dumping of the Materialist component in the amalgam, and a switch to considering Formal Equations as the primary, driving Truths of Reality!

The original source of all the problems, which finally came-home-to-roost in the 20th century, was, of course, the highly successful, pre-intellectual method termed Pragmatism, which was then coupled with the first of Mankind’s brilliant intellectual achievements - Mathematics!

For, this was wholly idealist from the very start - via the Euclidian Geometry of the Ancient Greeks.

So, as each pro-Copenhagen article appeared in New Scientist, I immediately responded via a dedicated review, so that now I have almost a dozen responses - all published on the SHAPE presence on the Web.

So, with the latest of these on the Origins of Mathematics, I felt a whole issue of the SHAPE Journal should be allocated to re-releasing these responses.

All of Anil’s original articles are clearly mentioned and available via New Scientist if required. 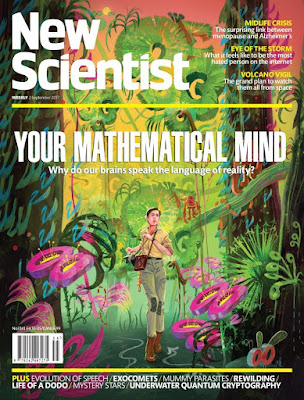