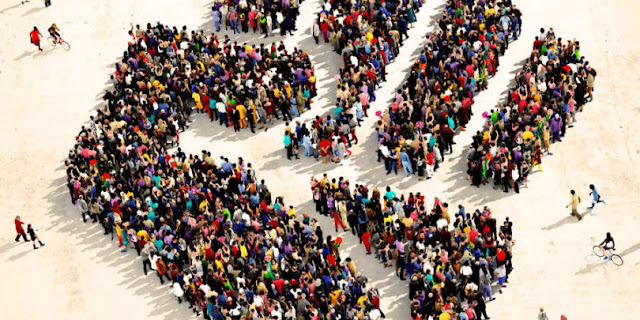 How should Socialists see Democracy?

That is how it is usually defined, but how would that be both set-up and maintained as such?

A strictly local Democracy would be the easiest, because of the small scale of the individual units, which would allow issues to be about things that were clear to all involved, and the crucial “democratic processes” easily and quickly organised when necessary.

So, a true democracy must get that level sorted first!

And, it should have its own financial resources, so as to avoid, as is often currently the case, the domination of purse-string-holders at the top significantly-limiting options at the bottom. And clearly, the same principles must then be upheld for all higher-level democratic bodies too.

In other words the final overall structures, at all higher levels, should be built from the bottom up!

In Russia, during both the 1905 and the 1917 revolutions, the natural unit, at the bottommost level, was the soviet (the Russian word for a council). The smallest versions of these were in factories, or barracks of soldiers, and ship’s companies in the Navy. For example, in 1905 on the Battleship Potemkin, the sailors threw the officers overboard and sailed and ran the ship themselves via a soviet. While among civilians the soviet unit was generally the factory, where the members worked, though often they were local-area soviets, set up by the peasants, but excluding the landed gentry!

And, though higher levels too were necessary, to act upon wider matters, beyond the remit of the individual soviet, they would necessarily-involve such principles as “instant recall”, which were straight forward to implement by simply taking the decision in a soviet meeting, and sending a suitably documented group along with the elected replacement to the higher body, to also bring the recalled representative back.

Soviets were ideal units in most cases because they were workers’ organisations, no votes at all were given to the enemy class, and managers and foremen all had a single vote, the same as did each and every worker.

The criteria for setting up such organisations were flexible in what constituted the natural unit, but steadfast in who had a right to be in it. Clearly, in a revolution the workers took over the factories, and the soldiers took over their regiments: so, from the outset, the “change of ownership” was a pre-requisite, and inevitably transformed the nature of how the unit functioned.

NOTE: Indeed, even within Capitalism, there is much that can be learned from the establishment of Worker Co-ops, for it is at such bottommost levels that the really necessary nature of worker democracy is tried out and perfected.

NO “democracy”, imposed from above, should ever be trusted! And, certainly, neither should anyone with evident wealth. Indeed, a main task of a revolution is to part the wealthy from their fortunes, and put it all under democratic control.

In Russia the workers, peasants and soldiers looked to an All Russia Congress of Soviets as the final State-Wide Organisation, and, correctly, never trusted the Constituent Assembly (or parliament) which though dominated by “professed socialists” was NOT for revolution, but for so-called Parliamentary Democracy, while everything else stayed the same.

A study of those two alternatives is enlightening. In the Congress of Soviets there was a constant inflow of representatives from the individual soviets bringing new members for the Congress, to replace prior ones that didn’t do what their soviet wanted.

NOTE: The issue of mandating the soviet’s representative will be crucial and difficult, as full cognisance of all the eissues that will come up, is unlikely to always be available to the lower body.

The Constituent Assembly, on the other hand, had representatives that had been elected to serve for the duration of the Parliament, and who were generally initially chosen by non democratic organisations, whose policies they pursued.

When the revolution finally occurred it was the government ministers set up by the Constituent Assembly that were arrested, in the storming of the Winter Palace, and “All power to the Congress of Soviets” was the battle cry!

But, the salutary lesson, that has to be learned from Russia, was that in spite of its Soviet origins, it was re-organised from the top down by Stalin and his gradually built-up bureaucracy into a Parliamentary type Democracy, which ceased to reflect the wishes of the People and increasingly reflected those of the ruling and privileged bureaucracy!

But still, many questions remain to be addressed. For example, take the key problem of making informed decisions! If a gathering, which is democratically entitled to make a decision, do not have the necessary information to make that decision, and, particularly, if a better informed group with their own agenda, win the argument, and get their required policy agreed upon, that may be democratic, but it has been achieved by inadequate understanding by the majority of the electorate. And, if such a situation persists then decisions will regularly be taken, directed mainly by the better equipped group.

The only answer, to such a bending of democracy, has to be achieved by the adequate education of the populace, with consequently NO advantages to any better equipped groups. Nevertheless, the genuineness of any Education System - in the Schools, Colleges and Universities must be kept out of the hands of groups with their own privileged agendas. So, who will determine what occurs there?

For example, this student won a place at a University to study Physics, but then spent 3 years being fed the totally idealist Copenhagen Interpretation of Quantum Theory, and has spent a good period of his life since attempting to remedy that mis-education.

So, who will determine what is taught in a nationwide Education System?

And, the more you think about it, the more areas you uncover, where mis-education and mis-information can allow vested, privileged interests to dominate.

How do you think the Stalinist Bureaucracy took control of Revolutionary Russia? Clearly, “one person one vote” isn’t enough!

There must, also, be a fight for Education, purposely excluding the old enemy class: the democratisation of Education must replace the privileged classes with able and educated individuals from the Working Class.

But, how this is to be achieved is not an easy question! I got an education by passing exams, but at every stage was given a version of Education determined by the enemy class. Indeed, this was, and still is, so widespread that even successful students from the Working Class are often seduced into switching sides to get a measure of privilege for themselves.

Now, how can such things be avoided?
It seems to be a classic “chicken and egg” situation! But, there is an answer!

The Revolutionary Parties must develop Theory, as an equally important side of their work on Economics and Organisation, And, this has NOT been the case in my experience over almost 50 years! Such questions as Education must be addressed by the theorists of Revolutionary Parties - indeed, it is much more general even than that!

Armed with the most advanced philosophical stance in Human history - Dialectical Materialism or Marxism, theorists must also enter-the-lists in all the major disciplines, and convert them to a better direction, and if that doesn’t exist yet, work to deliver it!

No one else can do that.

But, nevertheless, sadly over the past century, the Marxists have not done it either. Since Lenin’s Materialism and Empirio Criticism a century ago, absolutely NO contribution, of transforming merit, has been made to Sub Atomic Physics, until this theorist tackled the major questions over the last eight years!

To transcend the impasse in Education, theoretical advances must be achieved within the Revolutionary Party to break the hold upon Education of the enemy class. You do it by answering questions that they are incapable of answering! And, winning such battles in the academic disciplines will see significant gains upon two vital fronts. First, it will win the best intellectuals to the revolutionary banner! And second, it will arm the working class with the best advice in making hard decisions.

Clearly, apart from Education, the most powerful means of mis-informing the Working Class has been the Mass Media, which have been solely in the hands of the enemy class for their entire history. Not only via Newspapers, Radio, Television and Films, but also by recent moves to further control Social Media and the Internet, under the excuse of disabling terrorists or fighting "fake news". For these are all powerful means of lying to the people under the guise of delivering The News!

Now, having been in the socialist movement all my adult life, I have been in different organisations with various kinds of newspapers, but the problems involved, whether in producing the content, or financial and distributive inadequacies, they were always close to being disabling. When it was done right, however, it had remarkable effects.

And, the major problem was, once more, the lack of an absolutely essential development of Theory. Not only was there an absence of the disseminating of Marxist Theory, but it also made the analyses and policies far less than sufficient too!

Now, there has been a major effect due to Social Media on the net, but the vast majority of it, as in the Arab Spring, was neither Marxist nor even revolutionary in any way informed by history: the series of nascent revolutions fell like ninepins before the forces of reaction.

The issues outlined here, clearly, still require further contributions upon what is necessary, but this comrade after a lifetime in the movement, has made more progress in the last period of “Marxist development” than in the previous 40 years of “Activity” 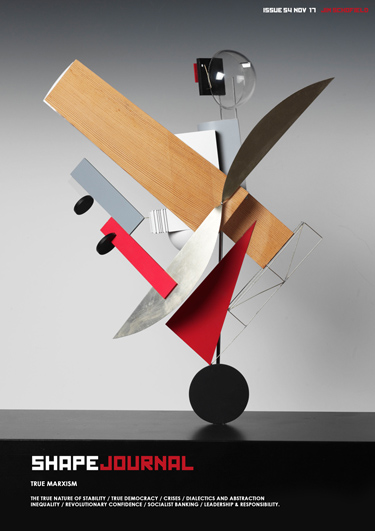 This piece has recently been published, alongside others,
in Issue 54 of SHAPE Journal, entitled True Marxism