The Significance of Oscillation 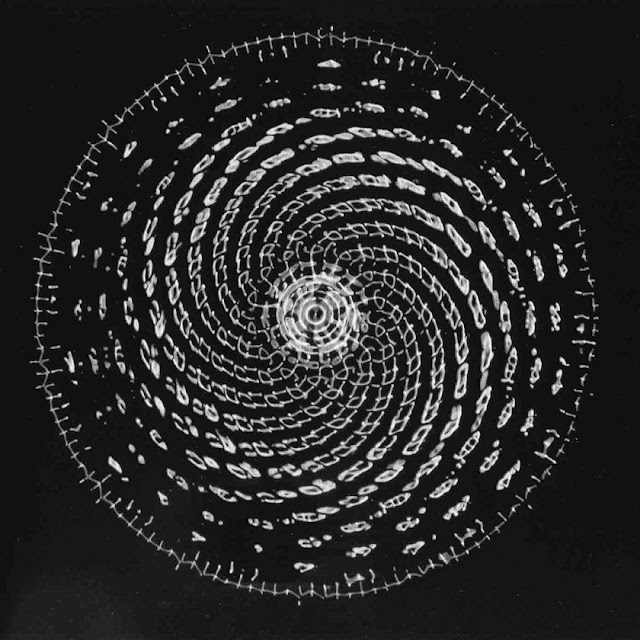 The Nature of Reality and the Significance of Oscillation


Our first conception of Reality was always bound to be of its human-scale entities, eminently stable and persisting forms, processes and products. For what actually exists, at greatly smaller levels, is entirely unavailable to our senses, and because such knowledge did not inform our prosperity and survival, such as is implicit in the "our-scale" things we need and use to survive or even to prosper.

But, what are those larger-scale seeming permanencies? Are they really as permanent as they appear to be? No, they are not! Indeed, the more we investigate them, the more frequently do we encounter much smaller-scale components, which are all in persisting oscillation.

Clearly, opposing effects are simultaneously effecting things, which find some sort of persisting balance in oscillation! We can see less permanent versions of similar oscillations, even at our own macro level, in the vibrations of strings, and even in those of many rigid things, but they soon lose energy to the surrounding atmosphere, and fade away.

The clearly evident vibrations, at our level, are always transient...

What are far more important, are the oscillations at the micro level, which do seem to persist indefinitely, without ever fading away! And, by far the most important form of such oscillations is the orbiting of one body around another, which can be "permanent", and actually exist at every level from the Sub Atomic to the Cosmic.

Various explanations of these orbitings, some of which can last for billions of years, have been suggested, The Cosmic persistences being said to be due to their happening in a vacuum, so there is nothing to carry away the involved energy. While, at the other extreme, in the oscillations of atoms in solids, are said to be actually maintained by the ambient-temperature energy of the surroundings, in intimate contact with the oscillating atoms.

But, what about those orbiting electrons within atoms?

They can be both promoted and demoted, from-and-to external energy sources, BUT NOT in a continuously-changing way: the orbits only exist at particular radii - all others are prohibited (the famed quantisation of orbits).

But, these same properties also persist in the supposed vacuum of Space!

Now, similarly "quantized" orbitings have been created, in the laboratory, and at the macro level, when deliberately made to occur in a liquid Substrate, under surprisingly simple conditions. Now, before anyone gets too excited, may I inform any doubters that ALL that was involved in these experiments was a single silicone oil substrate, and absolutely nothing else!

They were carried out by French physicist Yves Couder: and the writer of this paper has concluded that some of the remarkable phenomena produced there, in particular the orbitings of the produced "Walker entities", were made possible entirely by the presence of Vortices generated within the Substrate, and both maintained and even quantized by the two-way transfers of energy, between such a causing orbit and its produced vortices, due entirely to the constantly repeated orbits, only balancing-out to stability at particular orbit radii! 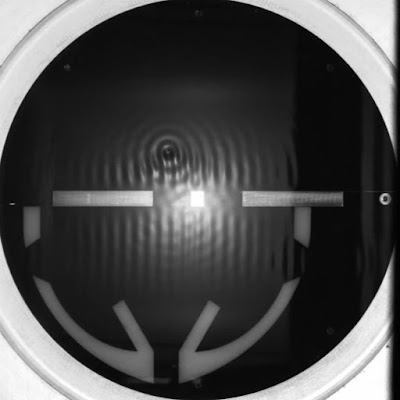 The significance of this, if true, will be enormous! For, this theorist has already applied these ideas to the quantized orbits in atoms, and also has explained all of the anomalies of the Double Slit Experiments, primarily by the presence of a currently undetectable Universal Substrate.

The Copenhagen Interpretation of Quantum Theory is now already mortally wounded! And, many of the inexplicable properties of "Empty Space" are also receiving physical explanations, in terms of this same currently undetectable Substrate.

And, that Universal Substrate isn't just an unsupported speculation, without a detailed explanation of its composition, that too is well under the way, and currently holding up very well.

Though this may be dismissed as unsupported speculation, I have to strongly demur - especially when the alternative, the Copenhagen stance, isn't even a Theory, but merely a formal description, bolstered by a remarkable series of speculations!

No indeed. I take my methods from those of James Clerk Maxwell, who, seeking an explanation of the then also currently undetectable Universal Substrate - The Ether - devised a purely theoretical Analogistic Model, composed of Vortices and "electrical particles", to explain the functions of that substrate, and from it managed to develop his world famous Electromagnetic Equations! He was using the only means available to the investigator deprived of sufficient access to what he required to address a given problem. He knew, very well, that our theories, at best, only ever reflect the amount of Objective Content in our explanations, and that they would inevitably be replaced by others, containing more of that Objective Content thereafter.

So, theories, which explained more than those they replaced, were entirely legitimate in maintaining the necessary ongoing ascent. But, wild speculation was still prohibited - no Gods here!

Instead, the sincere investigator would seek analogues elsewhere in Reality that were already to some valid extent understood, and attempt to weave an effective explanation out of those - That is what is being dome here. That is the postulation of a currently undetectable Universal Substrate, using everything we know about "Empty Space", and as many analogues from known and detectable substrates as possible.
Clearly, if validly established, the universal presence of a material, yet hidden Substrate, will undermine many assumptions in current physical theories.

And, the first giant Sequoia to fall will be the Copenhagen Interpretation of Quantum Theory.

While the next must be all of those that insist upon totally Empty Space, anywhere!

For, with the kind of Universal Substrate that has been developed to demolish Copenhagen, a rich background for literally all phenomena has been established, and, crucially the supposed cause of Quantization becomes a generally possible physical ground, occurring everywhere.

Add to this the increasing role of both oscillations and orbitings, and their intrinsic participation in interactions with that Substrate, and a whole new approach at all scales becomes crucial.