Properties Outwith and Within

A Matter of Context?


One of the arguments in Einstein's Theory of General Relativity concerns situations in which some system is wholly and uniformly contained within a higher and vastly larger system - like Jupiter and its Moons existing within the Sun-dominated Solar System. For, such a sub-system, as that of Jupiter, then behaves, to some extent, as if no overall super-system were present.

Einstein addressed such situations by talking of elevators and the effects, upon what may be contained within such, by the external contexts. He even considers the situation where the elevator is falling, compared with one with no context at all. His arguments turned me to thinking about my proposed undetectable, yet-definitely-material universal Substrate, for this might be considered in a similar way?

But, as distinct from Einstein's elevators - and their "contexts", my considered case would actually be full of its own composing Substrate Units, so any such local sub-system would be acting within them too. Clearly, this might well not be analogous to Einstein's Thought Experiment!

For, though my suggested Substrate could contain, within all the adjacent units of any contained sub-system, an overall "Gravity Field" - literally equal for all the elements of that sub system, it too would, presumably, also continue to act internally as if NO external field were present.

But, Einstein's Gravity Field was quite definitely continuous!

NOTE: So, in doing the above, am I perhaps just repeating that ancient error revealed by Zeno of Elea in his famous Paradoxes? For, that revealed the possible impasses produced by the two different assumptions of Continuity and Descreteness. So, are we here assuming that same Continuity, as of a "Space-Time Continuum" with its associated infinities, as in the Achilles and the Tortoise Paradox?And, even assuming the presence of the basic function of Propagation in a Substrate, which is entirely without either moving-carrying-units OR elastic interconnections between such units. And, explaining which turned out to be the most difficult problem to solve for that proposed Substrate...

So, returning to my original considerations, from that important diversion, the question seemed to be, "Is that because the very same forces act upon all local elements equally and hence, internally, at least, have no differentiating effects?"

For, the problem is complicated by whether energy is used from real, affected substrate units, OR whether the Substrate is more like Einstein's Space-Time continuum, with its distortion just directing movements in accordance with the "continuum slopes" - in other words involving NO distributed, stored-and-then-driving gravitational energy at all?

As the reader will no doubt have guessed, this theorist is not enamoured of idealist abstractions to explain concrete effects in Reality!


What seems much more likely is that a Universal Substrate of undetectable, but definitely material elements, itself performs the physical effects that Einstein abstractly attributes to his abstract Space-Time Continuum!

BUT, at the same time, such a stance, as I am proposing, does not throw away the clarity often achieved by formal representations of physically existing entities and phenomena, as we use them across, mostly effectively, ALL phenomena. However, it clearly also does not equate them as being identical!

For, such things are merely formal reflections of the real concrete World, but contain only pure mathematical, and hence unchanging, forms, and in order to work, the conditions pertaining MUST be appropriately unchanging. In both experiments and production, such necessary conditions are ensured by the scientists or producers involved, but on a cosmological scale such stability is quite naturally almost exactly delivered! 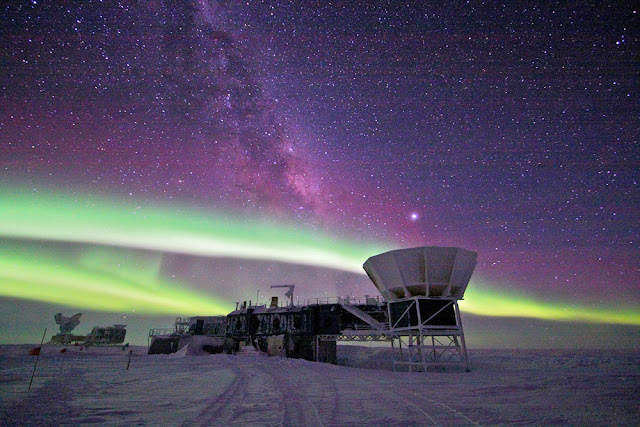 So, as with all Science and Technology over the last millennia, such formal relations will hold as long as the assumed, and usually such man-made, contexts are maintained.

Now, the Theory of the Universal Substrate, as suggested by this theorist, has already discounted the Copenhagen Interpretations of the confusing phenomena produced by the Double Slit Experiments, and has also even purely physically explained Quantized electron orbits in atoms too - both achieved by the assumption of this particular Universal Substrate. So, clearly, the next major task, looming large, must be the tackling of Einstein's General Relativity, physically, as has already been recently completed for Quantum Theory, and the mapping of the purely formal equations in both areas onto truly physical explanations!
Posted by E Journal at 13:05