A Peak in Darien? 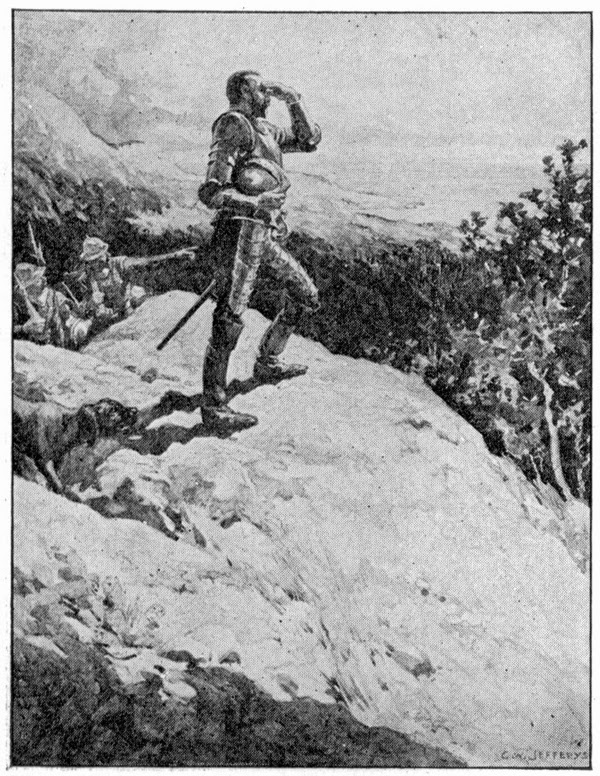 This long series of papers, in both Science and Philosophy, may seem like an intellectual self-indulgence, but that certainly is not the case! For, such flights of brilliance can only be indulged in by the very clever, who can always make silk purses out of sow’s ears with relative ease, and have the requisite vested interests to pass off such frauds as the real thing.

No! These particular efforts are the culmination of a very difficult 55 years of effort in the attempted resolution of difficulties within my chosen specialism of Physics.

And these studies were both made harder, and yet were also remarkably revealed, by a much wider set of experiences (to a serious level) in many other equally demanding disciplines from Politics to Teaching, to Geology and Evolution, and even to Sculpture to Ballet.

But, unlike the Hegelian Emergences (in Thinking alone), this realisation has had a truly enormous gestation period, along with other major threats to health and even life, which made the effort to find a solution both increasingly conceivable and also extremely urgent too.

The real problem has been the major crises, which beset Mankind in its attempts to understand Reality. For, each and every major gain has also, and inevitably, always then been an ever more debilitating restraint on taking things further, and the Emergences necessary to transcend each consequent impasse have become all the more difficult to arrive at.

Conceptions of “Truth” are always over-rated, and get in the way of taking things further, in the form of ideas of “progress” and “correct method”. For, such realisations, when they occur, are indeed miracles of an amazing order. For, here is a remarkable product of the evolution of Reality – namely Life, which, in its further development in Mankind, has produced the first product of this evolutionary process to be in a position to attempt to understand it! Yet, in no way was Man endowed with the readymade tools for the job.

For, as with the early hominin Homo Habilis, he had to learn to actually make the tools necessary for effectively tackling such questions. And also, in the same way as Homo Habilis’s flint tools, they would not only open up entirely new vistas, but even brand-new ways of thinking too, while, at the same time, be strongly-limiting fetters, incapable of going beyond a certain level.

In modern Sub Atomic Physics, the gathered masters of that area of study finally insisted that Mankind could never understand this crucial area, as it was totally outside our experience, and hence our ability to make sense of what was occurring there. You simply had to give up trying to actually understand, and instead use pragmatic rules and laws to get the required results.

But, of course, they were entirely wrong!

The whole history of Mankind has been one of self-construction! Man may not have been genetically equipped with all the necessary tools, BUT he was genetically developed enough to actually find wholly new methods. There is NO congenital limit to Homo Sapiens - ourselves. Its adaptions for success have been primarily in the development of its brain and thinking. It doesn’t come with anything but the most basic congenital skills: most of what Mankind needs and uses has had to be both found and learned, and in that no other known organism in the Universe gets anywhere near Man’s abilities in this area.

Yet, periods of transcending the old and established, and constructing the new, don’t just fall into our laps. Many Dark Ages can last for millennia, and some of the restraints upon Mankind’s current thinking have been unchallenged for several hundreds of years.

The Solvay Conference, at which the physicists gave up the imperative to understand Reality, was in 1927 – 87 years ago, and until now (2014) no one has been able to demolish that disastrous Copenhagan Retreat, and construct an alternative. Until now, that is!

As a famous revolutionary once said, “The situation for a revolution isn’t just ready for occurring, it is now well over-ripe”. And so, it is vested intellectual and financial interests that are now so well entrenched that wars are more likely than revolutions. And, to overturn the current establishment is now a great deal bigger than a national revolution: it has become a global task!

But, that is what, in Physics, is beginning to happen.

At first, slowly and spasmodically, individual scientists attempt to transcend the limitations imposed by past gains, and consequent vested interests. Ever since Charles Darwin, and (much later) Stanley Miller, individuals (like Yves Couder) have continued to make new kinds of attempts to tackle the seemingly impossible problems inevitable from the working through of past banker positions.

In the last decade Yves Couder has developed a wholly new method of experimentation, which involved the deliberate construction of a tailor-made analogue set up, to help to solve the seeming impasses in Sub Atomic Physics, by moving the action wholesale into the much easier macro areas.

All such trail-blazers were, and still are, Holistic in their approach to Science, rather than pluralistic, and in their work and methods are the key pointers to a new and essential approach, which, for the first time, can tackle Reality-as-is, rather than the usual artificially set up and maintained experimental Domains.

Before us lies a new Ocean, of colossal extent and a new richness, and to glimpse its possibilities must be like the very first view of the Pacific, from a Peak in Darien many centuries ago.
Posted by E Journal at 10:27