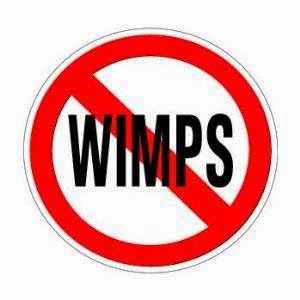 No, I’m afraid you've missed it.
It’s behind you!
Pardon me, as I am forced to point out that you cannot see Dark Matter for two very good reasons.

First, it is invisible and well nigh totally undetectable. And second, it is also absolutely everywhere, and you can’t see the trees for the wood!

As you study in your underground laboratories, and your ever higher powered Accelerators, seeking the undetectable Weakly Interacting Massive Particles (WIMPs), you are completely missing the NIPs that are all around you, in such abundant profusion that they are, inconsequence, even more difficult to detect.

NOTE: with these Non Interacting Particles (NIPs), I miss out the “M for massive”, because the particles suggested have equal and balancing amounts of matter and antimatter.

Yet, the indirect evidence for these entities is also absolutely everywhere, though we invariably choose to ignore it. These particles exist as a “Paving” throughout the Universe, which actually propagates all Electromagnetic Radiation, AND they do it in quanta! NOT, I must immediately emphasize, by actually moving about themselves as carriers, but by a bucket-brigade kind of passing on of individual quanta from unit-to-unit!

[By the way, the Speed of Light, though indeed a constant, isn’t a Universal Constant: but merely the speed of transfer between these equally spaced out elements of this Paving].

They are not usually translational objects, though we humans can make them so in our many infernal devices.

Welcome to the neutritron! (Which is sometimes it is erroneously identified with the high-energy, short-lifetime version – the positronium as its normal state, which it isn’t!).

This is a mutually orbiting pair, consisting of one electron and one positron.

Perhaps surprisingly, you are already familiar with it in its modes of Pair Annihilation and Pair Production, when it either dissociates from a neutritron into its component parts, or is involved in the union of these two into a mutually orbiting, and stable pair, if the appropriate form of encounter of its soon-to-be components occurs.

It can also carry extra electromagnetic energy, above that necessary to maintain its base orbit, in exactly the same way that the atom does, via the promotion of its mutual orbits (somewhat different, of course, to the atom, because of the absence of a determining nucleus).

Oh, and by the way, I’m afraid it is also causing major confusion at the edge of the Universe, where the Paving ends.

For there, it causes Total Internal Reflection (or something very similar) of all electromagnetic radiation. And it causes trouble by giving not only by this means many extra virtual stars and galaxies, but by, also and confusingly, delivering multiple images of the same single source, yet apparently from quite different directions, as well as from different times in its past history.

If some great Being designed this particle, he (or she) must be giggling uncontrollably as the evident confusion caused by the particle, is shown to affect our most eminent scientists!

And, to compound the felony, this particle and its Paving has enabled the solving of the anomalies of the Double Slit Experiments, and is rapidly burying the ubiquitous Copenhagen Interpretation of Quantum Theory.

“But, how are these particles also the source of Dark Matter?”, you may well ask.