Issue 34 of Shape: Myths of Tegmark 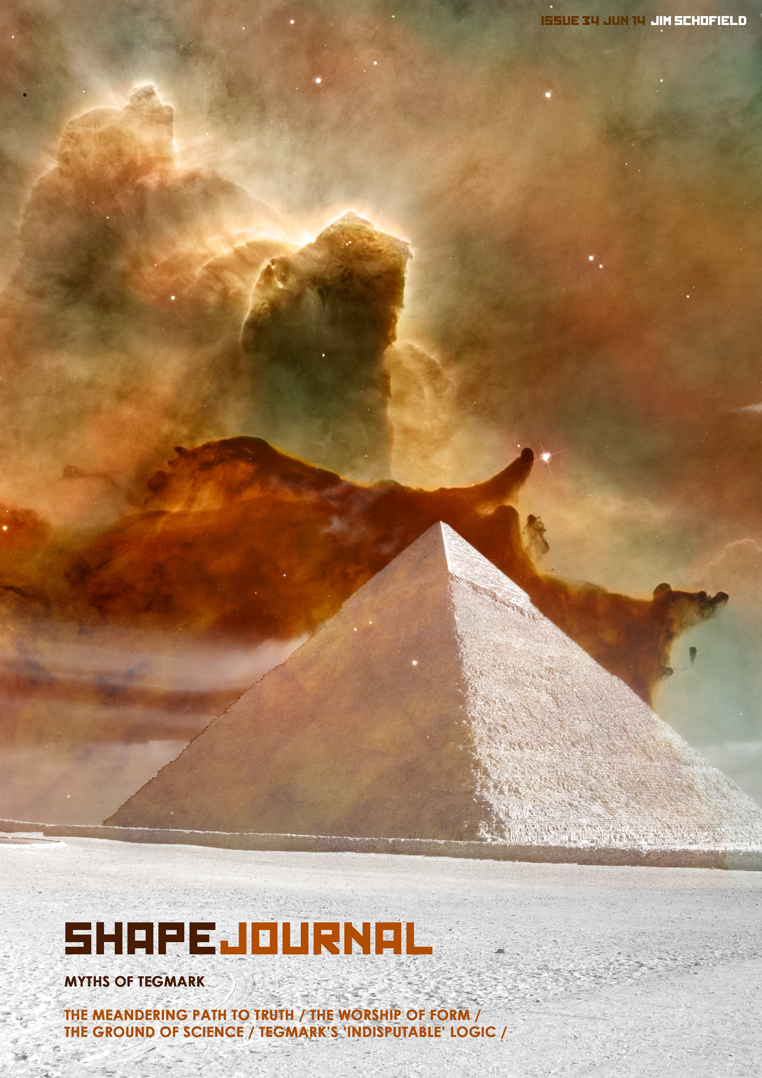 This issue of the SHAPE Journal is basically a response to Max Tegmark’s work as revealed in New Scientist (2952), but to deliver a meaningful critique, we must first clear up a few important questions.

Now, as is becoming clear, there are already many different responses to Max Tegmark’s various recent articles and publications (including his recent book Our Mathematical Universe), but though he represents an extreme position in modern science, his basic conceptions are not only adhered to by the majority of his colleagues in his, and related, areas of study, but also that such a standpoint is fundamental to their own positions too.

So their entirely-within-house criticisms are way short of what is required here. For, as they either partially, or even wholly, subscribe to his fundamental bases, they simply cannot demolish his ground, as they too are standing squarely upon it! Two sets of papers are therefore proffered by this more thoroughgoing critic.

The first set addresses Tegmark’s contributions, while the second set is a direct critique of the basic assumptions that he makes, and these are made from a position, which is both materialist and holistic, whereas the tendency containing both Tegmark and the vast majority of his colleagues in Sub Atomic Physics are both idealist and pluralistic.

P.S. Subsequent to the writing of these papers, Tegmark has produced yet another rocket, in which he insists that Consciousness is merely yet another Phase of Matter, along with Solid, Liquid and Gas.

So clearly, more will follow to debunk such nonsense in the near future. JS