The Invisible (yet active) Contents of Empty Space 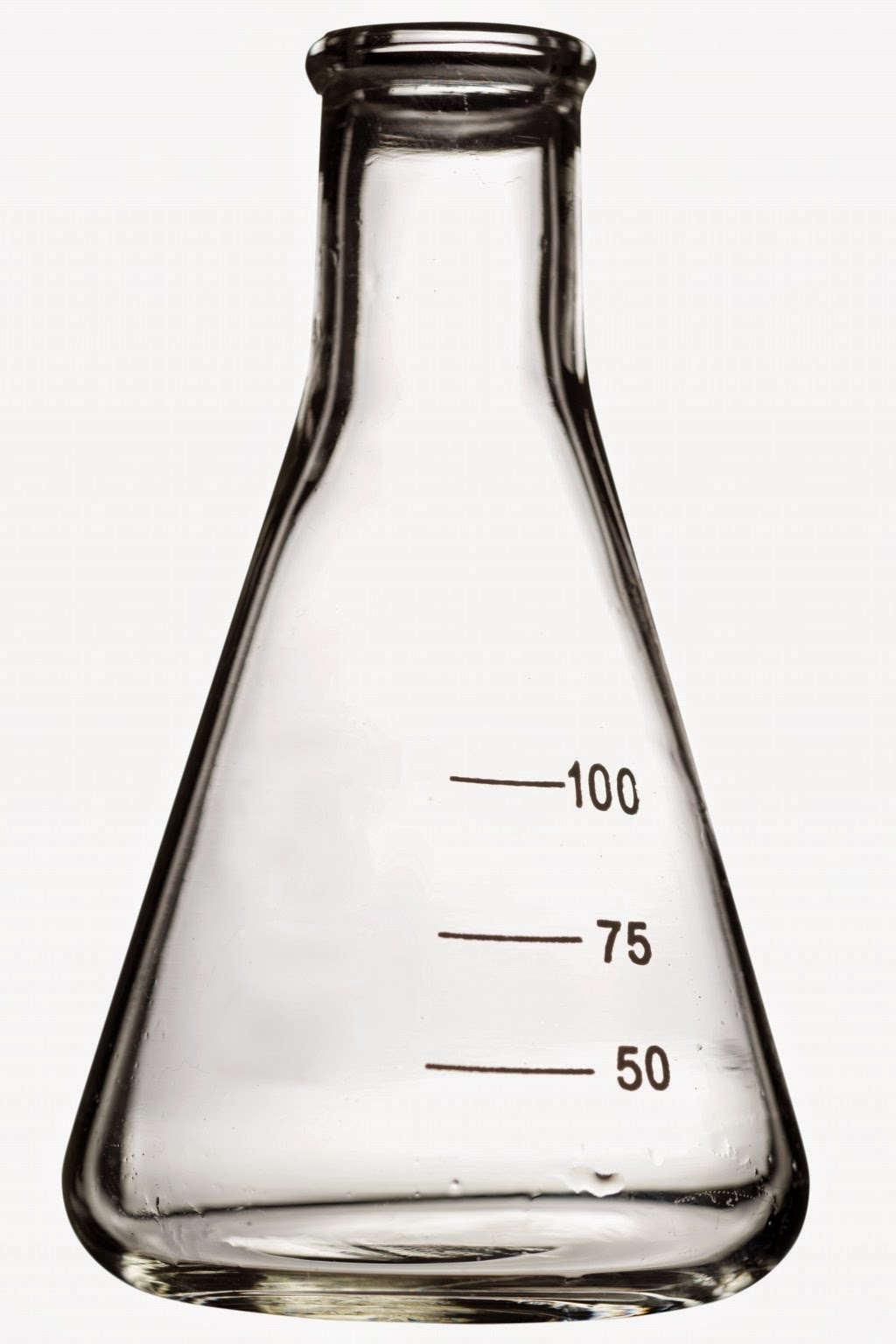 Following a long investigation into various phenomena revealed since the discovery of the Quantum over a century ago, it becomes increasingly clear that the anomalies that came up could only be addressed in a scientific, explanatory way by the assumption of a physical substrate filling all of so-called Empty Space.

Of course, such a substrate was not an original idea, for it seems an inevitable conception when attempting to explain what actually and persistently happens there, so it has come up before. At one time all scientists believed in such a substrate, which they called The Ether, and though it was entirely a theoretical construct, it did seem to answer many of the questions posed by phenomena of Empty Space.

Indeed, it was on the basis of a conceived-of Ether that James Clerk Maxwell derived his equations of Electromagnetism, which are still used to this day.

But, that theoretical medium was never found! Try as they might, the scientists involved could find nothing that actually fitted the bill, and the whole concept was simply dropped.

Yet, similar undetectables have always been considered, and new ones are added to the list of necessary substances all the time to “theoretically” explain anomalies – from Dark Matter to Dark Energy, and invisible Dimensions galore.

Frankly, there has to be something out there, which is both susceptible and positively reactive, yet cannot, by the usual means, be positively and directly detected. As a theoretical exercise, therefore, this researcher attempted to devise a particle, which was of no net charge, no magnetic effects and remarkably no apparent matter content either. Clearly, the only way, such an entity could possibly exist, was by it being composed of other sub particles with opposite properties, which effectively cancelled out, within such a stable union.

Now, there is a well-established model that could be used as a starting point. It is, of course, The Atom!

It may not, initially, seem appropriate, until we consider its Form and its widespread occurrence throughout the whole of known Reality. In the simplest case, the Hydrogen Atom, it consists of a positively charged proton, orbited by a negatively charged electron. And this delivered a neutral entity, but with an evident net Mass and a magnetic dipole effect.

But, it is remarkably stable, and its two elements are kept apart, in spite of their opposite charges, by the relative speeds they had, on first encounter, which was transformed into the speed of orbiting, and thus kept them apart.

It is not an unusual pattern, for, as we know in Cosmology, Stars, Planets, Moons and even Galaxies follow very similar stable patterns indeed. The question becomes, “Could we construct another joint particle, on the model of the atom, which could cancel out all the properties of its component parts, and thus become undetectable?”

For, if the two components were of exactly equal size and opposite charge, both the net charge and the magnetic effects in the combined particle would be zero.

All that remained and spoiled our intentions was the unavoidable and eminently detectable Mass! Clearly, the question presents itself, “Could we have sub-particles of directly opposite matter types?”

For example, if we used one electron and one positron, with one of ordinary matter and the other of antimatter, perhaps the result might be an undetectable joint particle?

But, not only that!

As with the atom, it could also contain extra electromagnetic energy in the very same way, by the promotion of the orbits to a higher energy level. And, in the same way could release that energy via the demotion of such orbits.

Doesn’t this ring a bell?

Have we not defined a physical Photon?

It would be undetectable as a particle, but could carry energy within it!

But, as well as existing as a “disembodied” quantum of energy, it could also exist everywhere without that extra energy, and be totally undetectable: it could be the basis of an undetectable substrate – as an Empty Photon?

Now, this entity, or something very like it, might well answer quite a few questions currently unexplained in Modern Physics. And, one famous experiment literally cried out for such an entity. It was, of course, The Double Slit Experiment.

But, to play a role in that experiment, this particle would, somehow, have to be literally everywhere, forming some kind of substrate. So, it was, therefore, conceived of as forming a “Universal Paving” composed of these particles – not a liquid or a solid, put a Paving of descrete particles in a close-packed formation, actually filling all of Space.

The problems and anomalies of the whole range of Double Slit Experiments were tackled with this paving as a universal intermediary, between the missiles fired at the Slits, and finally recorded upon an ultimate detection screen, and everything was causally explained!


Yes, absolutely everything, including the vanishing of phenomena when things were attempted to be detected in various regions of the experiment.

Compared to the usual Copenhagen-based standpoint, with its Wave/Particle Duality and Possibility Mathematics, this alternative was infinitely preferable, and didn’t involve the idealistic retreat of the Copenhageners. It was, indeed, worth investigating, and delivered a theory containing more Objective Content than that which it replaced.

As always, of course, such a theory cannot claim to be the Absolute Truth, but using the criterion of containing more Objective Content, it had to replace the usual theory!

The most important unexplained phenomenon in Nature is surely the Propagation of Electromagnetic Energy (such as Light) through totally Empty Space.

Could our suggested paving of these undetectable particles fit the bill? The answer was, once again, a resounding, “Yes!” For, the quanta of electromagnetic energy could be passed on from unit-to-unit, in a bucket-brigade fashion, and the renowned, but unexplained, constant Speed of Light, would now be merely the speed of transfer from one particle of the paving to the next.

And, to cap it all, this actual particle has been observed in the Tevatron at Fermilab, and there termed the positronium 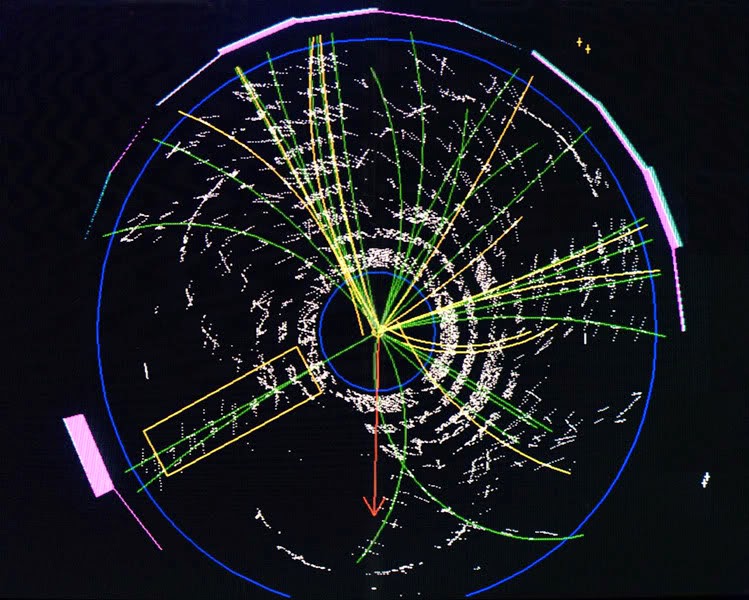 And though, in those circumstances, it was shown to have an incredibly short lifespan before it dissociated back into its components, that is what you would expect there, and it was an assumed stable version that would play the role within such a universal structure as a general paving of Empty Space.

Now, before everyone has a fit, let us be clear what has been achieved here.

It was from the outset a theoretical construct to see if something like this had legs. The positronium (or neutritron, as its devisor has called it) may not be “the Truth”!

And, as it has turned out in this continuing line of investigations, this particle alone cannot be the sole ingredient that fills the whole of Empty Space, for, in spite of its successes, it has also failed to explain (with its current composition) several other major questions that also have to be answered for such a space-filling substrate.

Yet, why should such a substrate be so simple?

Why should it contain only one kind of elementary unit?

We have a good, general analogistic model, involving the cancelling out of properties via mutually-orbiting sub particles.

Could not space be filled with a variety of such undetectable units, but with different contents and modes of existence? Using the same basic premises, it is surely possible to devise other joint particles with different properties to the neutritron, which because of their differences may well be able to deliver the as yet unexplained features?

The necessary theoretical line was obvious. Could we devise other undetectable particles, which could deliver the other phenomena?

And, in the initial attack upon electrostatic fields, it was attempted using this time, the pair of mirror-image joint particles, which in equal numbers, and moving about randomly could also be effective en mass – for they would cancel out over the population instead of within each and every joint particle. And, by making the joint pairs those of unequally-sized particles, these could deliver effects that the neutritrons could not.

Now, this research is still in the early stages, but already several concepts have been considered – the static paving AND the randomly moving, gas-like entities.

But, as with the matter states of Solid, Liquid and Gas, we can conceive of different states or phases, which could act together to ultimately deliver all the phenomena occurring in Empty Space.

The research proceeds!
Posted by E Journal at 15:49