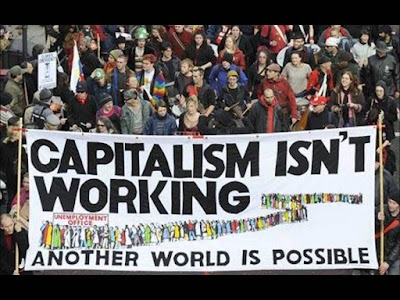 Let us consider a few important questions in Economics.

In Capitalism, the establishment of a company not only needs ideas for a required and viable product, but also, and primarily, the money (or Capital) to establish the organisation, its necessary equipment, accommodation and staff to carry out the whole scheme. For, only with sufficient start-up Capital can all this be assembled and organised. And, there is, thereafter, an ongoing need for extra Capital to make changes and keep the company competitive.

Capitalism, as its name implies, requires constant access to more Capital. Indeed, there must be a regular supply of the resources necessary to make the intended products, long before payments for those, as sales, will be arriving.

The whole process depends upon the availability of such Capital, and the increasing march of Technology, also means that the costs involved soon far outreach the resources of craft manufacture and demand the most sophisticated and expensive machines to stay competitive.

The prior system to Capitalism could not deliver such things, so Capitalism was indeed an advance. But, of course, still the resources of Capital have to come from somewhere. Where would that normally be?

Now, in spite of being a life-long socialist, I am also an educator of long experience at every level of Education, but also a research scientist and computer expert. So, at a particular point in our careers, a colleague and I struggled to establish a company producing the most advanced multimedia aids in the world – designed to be used in certain very difficult areas of education. We knew we could do it, for in funded research, we had made exceptional products, that even won a National award in the United Kingdom “for excellence” from the British Interactive Video Awards organisation (BIVA), and, later, the award of degrees, based on our achievements, in addition to winning the most prestigious award in our field in the USA, we got only meagre financial resources, and often no grants at all, to fund new products, and market them worldwide. Now, there we were in a Capitalist System, why didn’t we apply to the usual sources of such Capital – for example the Entrepreneurs and the Banks?

Well, there were very good reasons for this.

We were primarily educators, working at this stage in Universities, so our primary job was that, and that came first. And secondly, our experience with several “interested parties” revealed that their interest and main criteria were about how much they could make out of the venture. NOTE: The Dragons’ Den TV programme reveals investors' concerns very clearly.

Our objectives were very different, indeed, from all of theirs. Frankly, the means to access this Capital meant that you had to subscribe to the motivations of that system or you would get NOTHING. We refused such offers, and decided to do two things.
It was for very good reasons that we had a long uphill struggle amounting to 10 years, before a major breakthrough with our product Wild Child became a worldwide hit.

Now did we do the right thing? Of course we did! All the imperatives were determined by the discipline involved, which was teaching Dance Performance and Choreography, and our approach led in just 6 more years to having products distributed in over 100 countries. We even managed to outflank the establishments in our field by using the web.

So, there are important lessons here, as to what will be necessary in a Socialist Society, where there is no super wealthy class, and the Banks are all publicly owned, with an entirely different remit from what caused the 2008 crash world wide.

So, Capitalism concentrates available Capital into the hands of the class who see it as THE generator of more of the same. Indeed, the practical properties of what is produced are definitely secondary to company-involved’s power to make Money. And it has become a self-defining and self-perpetuating system with Capital as both its means and its purpose.

Interestingly, the efficacy of the products produced is not primary. So, a perfect product will still not persist perpetually for it cannot generate constant replacements, and, therefore, the requisite flows of Capital. Only new products can do this, so the whole system is constantly renewing itself, in order to regularly increase profits (Capital).

Now, it isn’t actually sustainable, because it is regularly disposing of past solutions to replace them with new ones, involving some new feature, so everyone is pressed to update to be at the very forefront of what is currently available. Clearly, such an imperative definitely will maximise profits.

Yet, such a system cannot be said to be reliable: it is always under pressure to renew, and this cannot be said to have been to improve products efficacy, so it pours Capital through the system via credit, which it must then pay back with sufficient interest – all the time! Short-term returns are the accepted measure of success, and NOT how much is owned and owing by the company involved.

Any loss of confidence among the investors, and a recession or even a Slump will ensue!

In fact, no one can actually repay what is owed. Many loans are taken on to repay previous loans, so the system is never-ending.

Also, no bank can return all deposited money back to account holders, and a run on a bank, if it isn’t rescued by getting a loan itself, will very quickly ruin it. 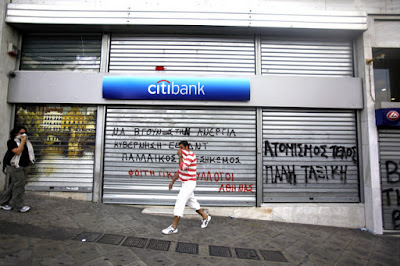 So, to replace Capitalism, you have to change the whole system from bottom-to-top.

At present it is the holders of most wealth who determine what happens. After all, they hold the real purse strings! And, of course, they have their own purposes (usually to get even richer, or at least protect their wealth and status).

Clearly, such a set up cannot continue forever: it is increasingly unstable, and its crises get more and more difficult to address.

Now, it is clear that Capital is necessary, but that doesn’t mean that Capitalism is inevitable. We have to make a clear decision after a revolution, “Who should hold and invest the wealth?”

Let us learn from what happened in the Russian Revolution!

The major institutions were all nationalised, and without a penny compensation to the ex-owners. They started as thieves, and continued as parasites, so they will get absolutely Nothing!

Now, this aspect was crucial. For what they considered to be their Capital was never really theirs in the first place. It had always been generated by subsequent production, but always ends up (primarily) in someone else’s capacious pockets. When addressing this mess, these thieves shouldn’t get a single penny.

They will have to work for a living, like everybody else.

Capital will not be allowed to go to any private individual. So, who, or more accurately, what should hold and allocate all Capital?

There is only one answer! It has to be the democratic organisations of those involved in its creation – the Working People! At first, it will be in their now-worker-owned Production Companies, but then, later, in their Democratic Organisations, such as the Soviets (or elected Councils) at every single level.

And, no individuals should wield total control of such wealth, even with such people’s organisations. For, they would inevitably use that power to their own personal advantage.

Clearly, though the State will play a role, the real question has to be about the actual form of Democracy that will be involved. And to totally prevent the building of organisations against these principles, there will be NO Stock Markets, and NO private Banks! No singularly powerful groups of cliques will be allowed – only democratic organisations, responsible below to their electorate, and above to their next democratic level organisation. Clearly no such easy solutions can, this time, be allowed.

What will be involved here is a real Revolution, and by its very nature, exactly what will be created in such an Event, cannot be prescribed completely beforehand. We don’t and can’t know what will emerge, except that such an event is the most powerful creative force that can exist!!

But, we must constantly guard against the rising of individuals and/or groups, who will undermine what is being constructed, to their own advantage. This is the risk. 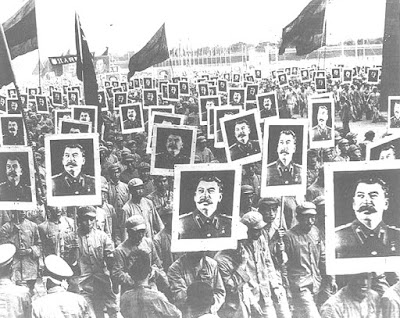 No to a Cromwell! No to a Napoleon! No to a Stalin, or to a Mao!

This time the Revolution must be for The People!
Posted by E Journal at 12:37