Socialists: Are you adequately equipped? 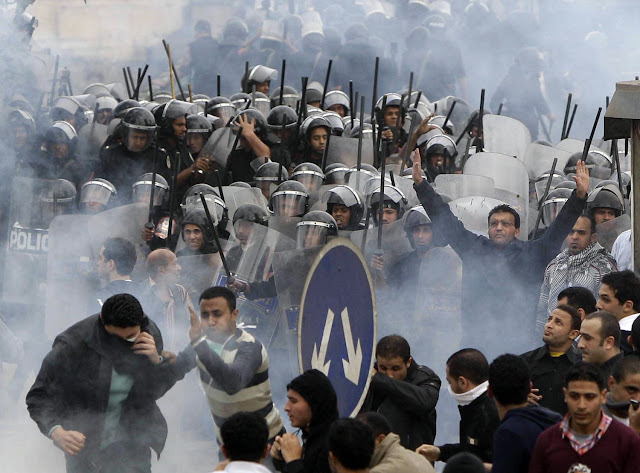 This is a message to Socialists in the Capitalist West; but it is also relevant to those in the newly Capitalist East too. What has been missing, largely due to the diversion of what we term Stalinism, is real Marxism. We need to equip ourselves to do again what Lenin and his comrades did in 1917.

We have had a massive slump on a worldwide scale, and it isn’t over yet. Capitalism is faltering and it should be our greatest opportunity, yet in spite of the Arab Spring uprisings, and the Revolution in East Ukraine, we are virtually invisible... And, without a socialist alternative, in the recent General Election in the UK the Tories got in, again!

What have you been doing? I’m afraid even 250,000 in London after the event is no good!

The Greeks have been demonstrating all the time, and got an anti-austerity party in, followed by a resounding “NO!” to the austerity merchants. Even, the Egyptians had a Revolution and occupied Freedom Square incessantly, yet ended up with a military dictatorship once again.

The problem, surely, is in understanding the processes involved. It is not enough to condemn Capitalism. You have to know what to do about it!

Do you call yourself a Marxist?

If so, what do you think that such a position is merely a political stance, or is it a philosophy? (In fact, the most sophisticated that Mankind has ever produced). But, do you know what it is and how to use it? I don’t mean tactics, and regular day-to-day activities, I mean do you use it to understand these situations, and, crucially, how can things be changed?

I am certain that literally all activists against Capitalism have no idea of the power of this philosophy! To get some idea of its range and power see SHAPE Journal, on the Web, where it has covered all issues from Politics to Science, Philosophy to Art, and many more.

Did you know that the greatest archaeologist, V. Gordon Childe, was a Marxist?

Did you know that Lenin wrote a book condemning the world famous physicists Poincaré and Mach for the Empirio Criticist stance, which was the immediate predecessor to the current idealist stance in Modern Physics?

Have you read “The Part Played by Labour in the Transition from Ape to Man” by Engels?

Currently, SHAPE Journal addresses the Philosophy of Marxism in all disciplines, and has published 74 monthly Issues over the last six years, which has included over 450 articles, with another 250 posts on the SHAPE Blog. Have you seen them? They are all available for free from www.e-journal.org.uk

And currently the main theorist on SHAPE is cooperating with others in the USA and India to bring about a replacement for the current, so-called Copenhagen stance in Physics.

Don’t you think, as a socialist, you should be addressing this body of current Marxist works, and even contributing yourself?