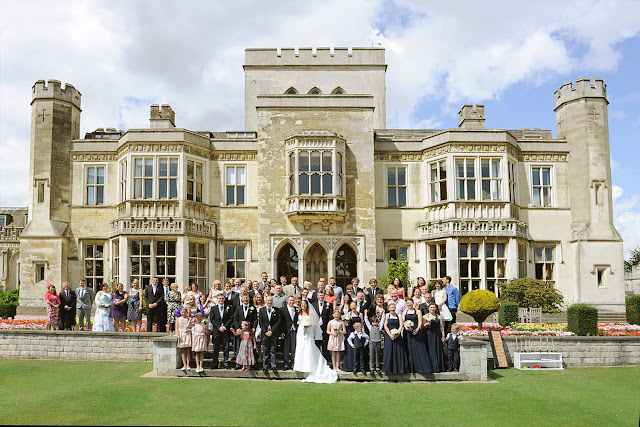 Are they used socially in the best possible way?


After the success of What to do with Stately Homes?, I thought I better address the subject further.

Currently, quite small, individual families own these exceptionally lavish country houses, purely because they were left them by their parents. And, though some still have extensive "grounds", and even surrounding tenant farms, still owned by the occupants of The Big House, it is no longer the norm.

Now, most of these have permanently lost their Latifundia, and now seek to survive on inherited wealth, increasingly supplemented by the "House" earning-its-living, by hosting other peoples' weddings "in-temporary-opulence", or, maybe, grouse-shooting weekends, or even by paying-visitors getting guided tours around "maintained parts" of edifice and grounds.

It all began to decline, when the 1945 Labour Government decided to intervene by charging Death Duties upon inherited wealth. The owners began to sell off their tenant farms, and sack many of their servants. And, was it the Marquis of Bath, who turned part of his estate into a drive-through Lion Park? While another titled aristocrat assembled a Grand Collection of Valuable Automobiles to persuade paying-visitors to come to see them.

The Prize to be maintained, by all these means, was the Lavish Stately Home! But, even when most of the rooms were turned into storerooms for discarded furniture, the prized State Rooms were maintained "in the manner to which the Family had become accustomed". Indeed, some of these actually often house a family of 3, living like Kings in a few opulent rooms.


But, surely, we also have to ask how were they ever even afforded, historically? The trouble is, "How far back do we want to go?"

They are inherited from parents or other close relatives. But, clearly, the sizes of the owning-and-residing family, and the vastness of the stately home don't match!

We are informed that the size, historically, had to be large, to also house the considerable number of servants, looking after the family: but, that doesn't seem likely to be many - until that is you include the regular and large numbers of visiting families, who also stayed and needed both accommodation and servants too. Also, the hobbies and interests of the families involved often required large amounts of space, and involved many necessary serving workers, and, of course, stables for horses and kennels for the hunting dog packs. Indeed, some Stately Homes had to be big enough for Royalty, and their vast retinues to be housed when they visited too!

But, we are wrongly taking these Estates as given!

How did they actually originate?

They were initially the estates of the local Feudal Barons, achieved by force, but increasingly over the centuries confiscated and gifted-to-supporters by Royalty (who it seemed "owned everything").

What a disgusting legacy!

No wonder that Labour Government acted to dismantle such anachronisms.

Nobody should live like that, OR have the exceptional wealth to afford it: for none of it was ever earned.

It was stolen in one form or another.

The task commenced in 1945 must be completed! Such resources must be socially available for the benefit of the whole population, and not some privileged recipients of inherited (and unearned) wealth.

The inequalities of this distorted society, leave millions without the possibility of affording homes of their own, and a National Health Service and Elderly Care Service, both without the accommodation, physical resources, and funding that they so urgently require.

And, with increasing longevity, and ever increasing demands for supporting services, these vast edifices should be put into serving the elderly population, and People Services in general.

And, of course the demands for more affordable Housing, could also be helped by using associated Estates for building Council Houses in solubrious surroundings, with adequate Parks and Required Services.

Enough of this disgusting inequality!

Put such resources into what the People need.