The Family of Differently-Orientated Physicists

Coming as I do from the Working Class, I was at first only aware of one kind of scientist. There were none in my immediate family, as my dad was an unskilled labourer and my mother was a sewing-machinist working for the Co-op. But, nevertheless, every street, in the district where I lived in Manchester, had its skilled technical worker, and the best (as far as I could see) were those that could make broken things work again "as-good-as-new!". They loved engines, and clever machines, and because of their detailed experiences could find out what was wrong, and fix-it!

They were actually Mechanics. But they were also part of a continuum stretching all the way up to Engineers.

Perhaps surprisingly, these types also occurred in a Science like Physics as a special breed of Experimenters, who co-existed in the same discipline as the Theorists, and also along with the application Producers: but, again surprisingly, rarely did a single individual occupy all three of these categories.

Indeed, often the Producers separated themselves off as Engineers; while the Experimenters served Theorists as actually both enabling their required Experiments, and even confirming their theories via well-designed tester-experiments.

But, such divisions also soon became legion in all the Sciences, and the knowledge-bases of these various specialisms seemed to constantly move ever further-apart from each other, so that if a mix of all three wasn't in place within an able team, the results produced became increasingly limited in scope, and also in success!

For example, a request to a theorist for help with a technical problem would rarely result in a solution. While a request for an explanation as to why something behaved in a particular way to an Engineer would also fail more often than it should.

Now, I managed to become a qualified Physicist, but was only taught Theory during my extensive education.


It was stimulating intellectually while I was at school, but if you required a solution to anything technical, you had to ask a Technician. And, this was true at every level even to when I became a Lecturer in a College.

Questions about faults in my house invariably meant a visit to the Engineers.

But, as I was to ultimately discover, these divisions of labour were not determined solely by the participants' aptitudes, but fundamentally by major Impasses generated due to important concepts in the Reasoning associated with various different areas.

Though, within certain areas, reasoning could allow some explanations and solutions to be achieved, at certain very crucial points, these impasses always occurred - effectively prohibiting lines of reasoning from traversing them, and continuing beyond them. So, these impasses became no-go areas, or boundaries, and so divided up areas of study into separate "specialisms", within which logical consequences could be traced and used: but which always terminated at each and every one of these impasses.

And, it took over 2000 years to be understood! But, a mere 200 years ago, the German Philosopher Hegel found out why they occurred. Mankind had little or no intellectual development for almost all of its time as a separate species, because of their isolated Hunter/Gatherer mode of life, so most concepts only began to be considered after the Neolithic Revolution, when people began to live together, in static communities, and in larger groups, and begin to discuss. So, our concepts were never then, and still are not, even now, exactly correct. In fact, they are all always approximate to some extent, and when used in Reasoning are therefore guaranteed to be occasionally delivering such impasses. 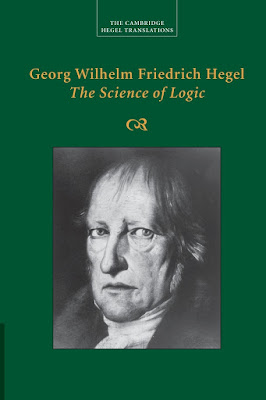 In fact, the Formal Logic, used in literally all Reasoning, has always had a grave fault, inherited from Greek Mathematics, which also begat Greek Formal Logic: for it treats all concepts as fixed, because they are pluralist disciplines, which actually enable most of their manipulative qualities - and hence cause their users to stick-tightly to that assumption, even though it actually isn't true. Hegel attempted to correct Formal Logic by revealing and correcting such impasses, but the problem wasn't totally eliminated, for the key disciplines used in Science are all pluralist too, and the effective extension of Hegelian Dialectics to Reasoning in these disciplines has still not yet been comprehensively addressed. And, its further application to the material World in general hasn't either.

So, the three Physics specialisms referred to earlier, have their experts, who can only deliver within their limiting-impasses as boundaries, and the only way to ever proceed MUST involve a diverse team, who "pass-the-parcel" between specialists in the hope that one can deliver what is required.

But, clearly, that is certainly NOT the best way to tackle problems is it?

Now, this Physicist, who is also a Dialectical Materialist philosopher, has recently completed a major criticism of the Copenhagen Interpretation of Quantum Theory in Sub Atomic Physics, which he had to undertake alone, as he found no others similarly-equipped to help.

But, he did come across the Electric Universe Group, who certainly had some positions in common with him - although some pretty strange ideas too. 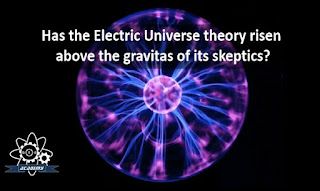 They were, it seemed, all defined by the above-described Impasses, and came from the so-defined specialism of Engineers. They too rejected the most recently defined Group of Theorists, who have even abandoned Physical Explanation, and now deal solely in Mathematics along with the Pragmatist tenet of "If it works, it is right!", which our Engineers also subscribe to, though they jib at the Mathematics-as-cause belief, which is what Physical Theory has now become.

For, as most mathematical frigs were invented by Engineers, they know better than to turn them into Theory!

Frankly, this theoretical Physicist could do with some Electrical Universe members on his team, but perhaps only as Engineers and Experimenters. Their 'Theory' leaves a lot to be desired, even if some of the problems and gaps they highlight are true.


While Wal Thornhill's Electric Universe "Theory" seems to occupy similar territory to the criticisms of contemporary Physics published in SHAPE, he never fully explains any of his ideas. EU Theory is severely lacking, perhaps because he is an Engineer, and these categories/impasses persist, unresolved.