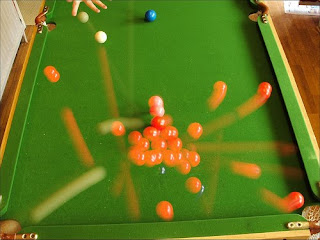 A Basis for the Speed of Light
My recent musings on the actual contents of 'Empty' Space, have led to a position in which I now postualte that it is packed "full" of what I term "empty photons". Now, of course, such a conception poses a series of questions. For example, what happens to a photon of zero energy content? Can it continue to exist? Also, what might such photons actually do? If they had movement, it would seem that they should continue to move. And what happens when such photons collide?
I have NO idea of the answers to any of these questions, so that in the following muse, I will have to make the best assumptions that I can muster. If you thought neutrinos were a conundrum, how about zero-energy photons?
Now, my idea of empty photons seems to fill in the answers to a few of my recent self-addressed questions on the Speed of Light. If Space is full of photons with very, very low (if not zero) energy content, and these are the carriers of all E-M radiation, then the situation can be likened to an enourmous box, packed full with snooker balls. Any disturbance on one of these balls will be immediately transmitted to all immediately adjacent balls, then these, in turn, will deliver the distrubance onwards by the same method. The Speed of Light with this model is then NOT the speed at which a photon travels in totally empty space, but, on the contrary, the speed at which transfers take place photon-to-photon. The photons stay where they are but pass on the E-M disturbance. Also, the Speed of Light does not present the usual conundrum of somehow being independant of the speed of the producing source. Obviously, with this model, the speed of any source is irrelevant. Indeed, this Speed becomes a property of light's transmission medium - the packed photons which constitute Space itself.
The Michaelson-Morely experiments do not present an inexplicable contradiction, but, on the contrary, give excellent evidence for my case here. Any disturbance is immediately transmitted to Space itself, which, when composed solely of its empty photos, has a FIXED speed of transfer, which equals C - the Speed of Light. Notice that whenever the disturbance has to travel through Matter it is slowed down, and related to its frequency or colour, whereas all light in Space of whatever frequency is propogated at the exact same velocity = C. Notice also, that our model of packed photons makes for good simplification of wave propogation in Space too. The disturbance being communicated equally in all directions, with a leading edge (or Wave Front). Important features such as interference are also straight forward products of this model, as particular photons would receive disturbance from two seperate sources and would either sum or cancel just as required.

Remember, of course, the disturbance is an E-M one - it involves NO consequential movement of the photons. Their movements are quite seperate, and exactly what they will be, requires some more thought. Certainly, the packing of these photons is not obvious. Maybe they are as tightly packed as our snooker balls-in-a-box. They don't need to move to communicate E-M disturbances. Indeed, they could be in incessant movement with inumerable mutual collisions, for these would not affect their role in propagation (as is the case with sound waves through a gas). What is clear is that if collisions of photons did take place, and caused changes of direction, there could be a completely "random" spread between the resultant directions by now, and this would perhaps facilitate the propagations by effectively making the movements cancel out and be irrelevant. I can conceive of the photons not moving very far at all, but subject to so many collisions, as to be seen as to be vibrating.
Certainly the theory of empty photons is in its infancy, but I will publish another more in depth paper on the subject via the Shape Journal very soon. Watch this "Empty" Space.
Posted by E Journal at 14:09 4 comments:

Issue 2 of the Shape Journal is now available here.
Posted by E Journal at 16:25 No comments:

See Fractal Unreality for more...
Posted by E Journal at 16:19 No comments: 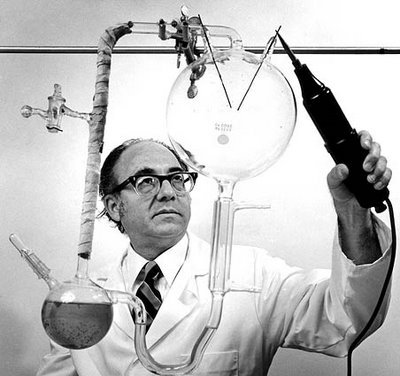 You can download the PDF of paper IV here
Posted by E Journal at 13:54 No comments: