The Red Eye Portal
New blog from Shape Journal contributor Mick Schofield. News, Views and Reviews from the Left of Field.
Posted by E Journal at 22:30 No comments:

Review: Horizon - Before the Big Bang 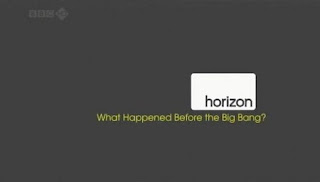 At last it seemed that the crucial unanswered questions were finally being addressed.
“What had happened before the Big Bang? What had actually caused it to occur?”


But, I should have known better! What causes can you ever find when you have long ago dispensed with such things, for mathematical forms of its essential equations?
Read Review
Posted by E Journal at 16:12 No comments:

New Special Issue on the Big Bang - The Origin

Read it here
Posted by E Journal at 15:54 No comments:

Read it here
Posted by E Journal at 15:50 No comments:

Sorry everybody, it would appear we're having some problems with our website host for the journal.
We're still trying to find out exactly why the site is down, and will endeavor to have it up and running again as soon as we can.
Posted by E Journal at 12:30 1 comment:

If I was going there, I wouldn't have started from here! 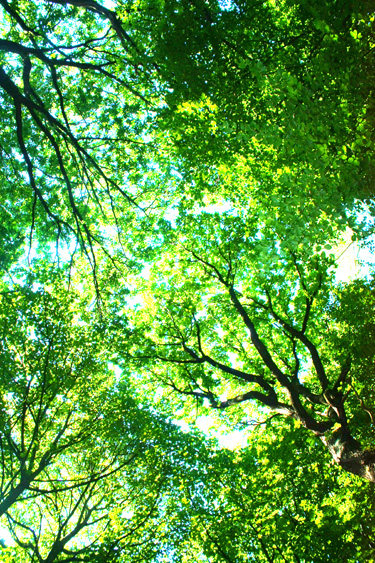 Photograph by Mick Schofield
The expression "You can't see the Wood for the Trees!" is ever resonant in the ways that we usually consider the World. I never realised it before, but it relates to our profound belief (our assumption) that Plurality is the way of the World; that the essence of all phenomena is contained within their "constituent Parts", and the converse of this - that properties of the Whole can be totally reproduced by means of the mere provision and juxtaposition of all these Parts.
Indeed, the major criticism of Plurality is that it exactly equates the Parts revealed, isolated and extracted by artificial erection of Domains, with its "brother" relation, as it exists, in the coherent real World Whole.
But, of course, that is NOT the case! It is merely a "useful" simplification used by scientists.

No matter how much we learn about the specimen forms of trees, grown in splendid and perfectly arranged isolation, such knowledge can never reveal, from that alone, the full full qualities of the Wood or Forest.
Yet, this assumption is ubiquitous (hence the saying above to counter it), and once you realise it, clear cases of it appear absolutely everywhere, and then stick out like sore thumbs, where previously they were "invisible". In a recent New Scientist (2784) there is an article entitled The 12 Pillars of Wisdom which is introduced in the very first sentence with:

"Can we ever understand intelligence? Only by building it up from its component parts"
The point is proven, is it not?
Now I could belabour the point throughout the whole length of that contribution, but I won't. The key point necessary has been made! Clearly the writer believes he is going to bring together as many aspects of "intelligence" extracted by various pluralist means, in order to deliver the nature of intelligence. But that is impossible. Many new things may be there, and the article will be worth reading for those things alone, but they will not, and indeed cannot deliver the secret of intelligence!
That would certainly involve a very different approach grounded soundly upon some understanding of the episodes of revolutionary qualitative change known as Emergences. For only when we begin to grasp how all such changes emerge, NOT as the consequence of the mere juxtaposition and summation of only small incremental changes, but as the reality-changing result of dramatic revolution.
Posted by E Journal at 15:46 No comments: 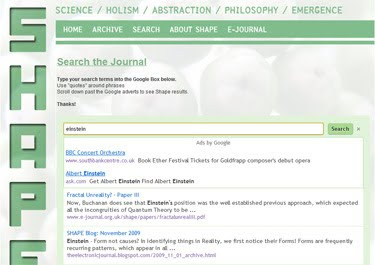