The Red Herring of Observation 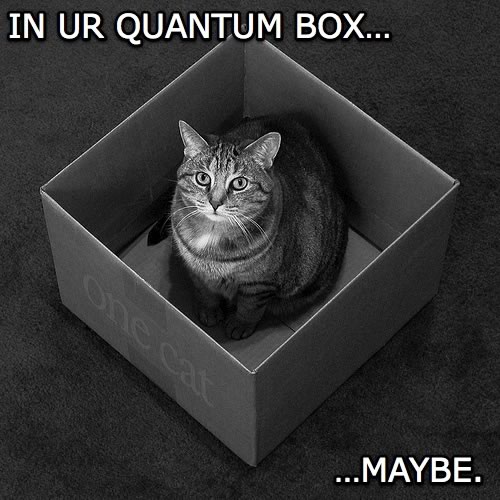 I have received much criticism from the YouTube brigade on my Double Slit animation, for not fully addressing the role of the observer / quantum erasers et al. This was never my intention with the work, which was addressing how electrons could build up an interference pattern in the Double Slit, without the need for resorting to probability distribution, which I see as a mathematical "trick" to get the right answer. I hope the following papers will help to clarify my position on this aspect of Quantum Physics. 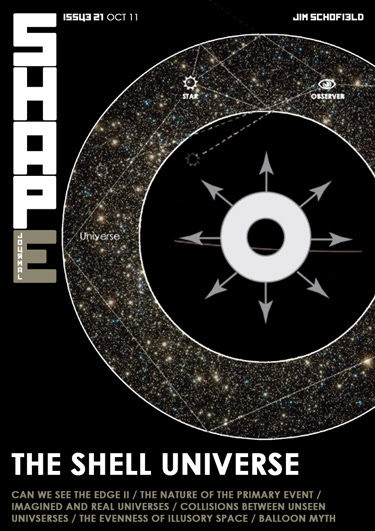 First part of a two-part issue on the Shell-Shaped Universe
(see video in previous post)
Part 2 will be published in Issue 22 of the Shape Journal next month.


“Chasing the Do-able” may well accelerate growth in Science, but the consequences will invariably, as in all such undertakings, cause the growth to be both etiolated and aberrant by such a process, with a major canker at its very heart, almost unavoidably included from the start. And Cosmology is certainly no different! Vast strides have been made, but have they all been in the right direction? The answer has to be a resounding,”No!”

How can such conceptions as Physical Singularities and Parallel Universes be anything other than frigs imported from that seductive World of Pure Form alone, which we term Ideality? And the nature of that “door” to such developments can, at the time of opening and entry seem to be not only harmless, but also positively encouraging. For in that wide-open view, all things seem eminently do-able.

The turning points were, of course, Einstein’s contribution on Relativity and the general acceptance of the Copenhagen Interpretation of Quantum Theory as bases for an entirely new turn in Physics and Cosmology.

No longer was Explanation the “number one” priority! Mathematics and the worship of Equations seemed eminently preferable. But also, many consequent assumptions were unavoidably taken as the foundations for this New World, and not least was the belief that light could propagate across entirely Empty Space without any transmitting medium whatsoever, and to “solve” the resulting problems, the Particulate Nature of Light (via moving Photons), became a cornerstone of the new system.

The following, alternative set of ideas, in contrast, turns its back upon such premises, and instead requires a particular form of medium for light propagation, and therefore makes transmission across totally Empty Space impossible. By such changes, the whole Universe is transformed!

Now, to immediately proceed along such a route cannot be done. For, though some sort of self-consistent body of ideas can be constructed, there are other, much more profound and significant philosophical standpoints and consequent methodologies to be addressed too. We must start by not looking forwards to the New Ideas, but by looking back to the Big Bang itself, and seeing it in a wholly new way.

Issue 22 will continue investigating these ideas and look deeper into their ramifications. We also have a new video up on our youtube channel, boldly titled, The Shape of the Universe!
Posted by E Journal at 17:56 No comments: