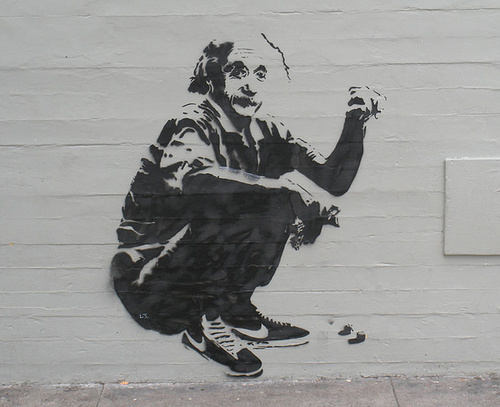 Every now and then some individual is celebrated as being a real "genius".

Whether he is merely skilfully juggling a football, singing with great beauty, painting a few walls, memorising vast numbers of names and ideas or coming up with a revolutionary new theory, they all get this extreme title, yet I would be hard-pressed to agree to such an appellation to any apart, possibly, from the last example.

For though most of us spend our lives using what others have given us (in one way or another), the occasional individual does come along who transcends prior conceptions and assumptions, and sees, for the first time, a further dimension of Reality.

To append some built-in, already-existing quality to that individual (He's a genius!) misses the real point entirely. Something has happened in that person's thinking, which completely overturns the usual, generally held ideas, and moves into a wholly new scenario, in which many things begin to make sense, more profoundly than ever before.

If such an overturn happened in Society, it would be called a Revolution, and when a similar thing happened on this planet, among systems of non-living chemical processes within related entities, there was a major transformation, which we have termed the Origin of Life on Earth.

As it turns out, such events have been happening rarely but regularly, and definitely essentially, throughout the history of the Universe. They are termed Emergences!

And they are never just "developments" as we usually conceive of them, but in fact cataclysmic overturns to a current, long-term Stability, and involve a subsequent ascent to a wholly new Level of Stability, with vastly more entities, properties and processes than were possible before that transforming occurrence.

Indeed, when positioned within the normal flow of History, these Emergences are short, dramatic episodes between relatively unchanging and long-lasting Stabilities. And, literally all of our knowledge and understanding is based almost entirely, and very selectively, upon these long epochs of Stability. So we are therefore so lacking in being able to deal with certain areas of Qualitative Change, that the Emergences, when they come, are never predicted as Events, and can also never be described in any predicted detail, even when they are in actual process. What contents they will produce are always totally unpredictable before the event. They are entirely unknowable.

They are always bolts-from-the-blue, and, even more perplexingly, they are invariably the final result of an enormous catastrophic collapse in the prior Stability, which, if anything, seems to promise only destruction and chaos.

Indeed, via studies (retrospectively) of periods in the history of human societies when Revolutions did, in fact, occur, we could only ever discern the prior drives towards collapse - never any possible positive and constructive moves at all. And dreamers, who desired such events to rid their societies of repressive regimes, always assumed that such events would free things up once and for all.

But serious study of Emergences has shown that they only arrive and remain at a new higher stable Level, by being as strongly conservative as the previous regime - to ensure the continuing survival of the new Level.

So clearly, knowing so little about these events, and also inevitably packing their study with stability-based and extracted "laws" and myths (not to mention dreams), means that when it is the revolution in the thoughts of a "genius", we are hopelessly ill-equipped to say anything meaningful or helpful about what happened in that person's head. Yet as active social revolutionaries know, you cannot just observe a revolution occurring, all by itself, and wait for the "good times to roll". You have to have objectives to be achieved during the creative inner phase of the Revolution itself, for even if the New Level is achieved, major changes thereafter will certainly be impossible. Such can only happen in the mêlée of the event itself.

Now, such lessons can help when we are considering all kinds of other forms of Emergences including, of course, within Thinking. The question must be, "What must be done to facilitate such an Event (if anything)?"

The feature of Emergences which always acts against any such objectives, is the evident opacity of any yet-to-occur overturns of this nature. We cannot predict its detailed creations!

In a world totally without any Life, of any sort whatsoever, living things could never be even conceived of: they appeared on Earth as a kind of miracle, so devastating that a single initial organism rapidly spread to a prodigious extent across the Globe. And also "no one" attempting to predict the nature of such entirely new entities, would ever have got anything even remotely right, even if some sort of alien observer could have been present, and guessing what would happen next!

An Emergence is a very special kind of calamity, best illustrated by the metaphor of "The Phoenix arising from the Flames of Destruction". For that certainly fits most known Emergences.

But how does this relate to Genius?
Another common metaphor is that, "There is a fine dividing line between genius and madness!" Such clichés are, of course, beguiling suggestions, but one-liners never deliver anything more than the merest glimpse of what is happening: the truism.

But recent research can deliver something, for where Emergences are studied it becomes clear that NO Stability is eternal. Each and every one always contains the seeds of its own demise within it, and when they finally cause the ultimate cataclysm of dissociation, that dismantles that stability, they will return the situation back(?) to some state with no real order, and that means no prohibitory or self-maintaining constraints will remain, they will all have been swept away.

And it is only in such seemingly ultimate turmoil that the productive capacity of Reality towards Order asserts itself. For without the abundant constraints of an established and stable order these can develop conducive and productive relationships and actual multi-process systems begin to appear. Clearly and importantly, such forms of Order will emerge, and they can never be a repeat of the similar process, which established the prior stability. For the very occurrence of that epoch will have changed things, and its produced detritus, after dissolution, will remain despite the calamity, and will enable wholly new forms, impossible in the prior Emergence. Thus as they say, "You can never swim in the same river twice!", it is always a different river, and so it is with the potentials in the Chaos produced by the cataclysm of dissociation that initiates all Emergences.

When it comes to the emergence of genius, the break through will have been precipitated by a breakdown of all bankers, which assured that prior stability. The individual will be cast into such Chaos, and will inevitably see new things and certainly new possibilities.

But, as the Theory of Emergences has shown, there is no obvious or easy ascent! The creation Phase in an Emergence always involves, in fact, a violent zigzag between the creation of new Order, and its immediate dissociation. Such an inevitable absolute cancellation is not what always happens, however, because gains can be made, but only by the marrying of system orientated constraints, which oppose both dissociation and rival constructions too.

A permanent achievement of a new and persisting stability is never guaranteed though. Unless a viable and self maintaining system with adequate constraints is created, the final stability will not emerge, and the situation will either remain in the pair of chaotic alternating construction and dissolution processes, or retrench back to a previous stability.

Madness in genius is the seemingly permanent limbo of this incessant zigzag.

Of course, when it comes to ideas in the Human Brain, we are effectively in a wholly new realm, that no longer obeys its wired-in patterns of behaviour elicited by triggers in sense perceptions, but instead "simulates" internally the consequences of possible phenomena and their built-in processes. Indeed, this aspect of particularly human thought requires learning, and definitely the ability to think critically; such processes actively seek breakthroughs - Emergences in Thought!

The initial work on Emergences was by Hegel and addressed this very same area.

So, though we can use the discovered trajectory of "An Emergence" to help us consider such happenings, we are, once again, looking at Form, rather than Content.

To consider a supernova, the Origin of Life and Human Consciousness as exactly the same kind of event, is obviously rubbish. So, what we do is notice their similar trajectories of change, and sequences of phases, even though what is happening in concrete details will be vastly different. And, in an important sense, what happens within the Human Brain is happening in a "different Universe" of possibilities to all prior concrete instances of these Events.

For, instead of them being overtly physical systems (such as those underlying these processes inside the brain as strictly chemical and electrical activities), we are instead considering things at an entirely different Level of the organisation of matter. We will NEVER reduce such things to those physical/chemical processes, just as we will never reduce Life to purely non-living chemical processes. To attempt to understand it that way misses the whole nature of Emergences.

For these mighty versions create wholly new Levels, which, though they include and use multiple processes from prior Levels, are maintained and controlled at the new Level by entirely new meta-processes totally impossible at any prior level alone.

In conclusion, we cannot "arrange for" genius, just as we cannot engineer a revolution. We are more likely to do the opposite of what is required, for such occurrences look like their absolute opposite in their unavoidable primary dissolutionary phase.

And incorrect uses of the term certainly don't help.
Stephen Fry is not a genius: neither is David Beckam.

Hegel, on the other hand, certainly was. 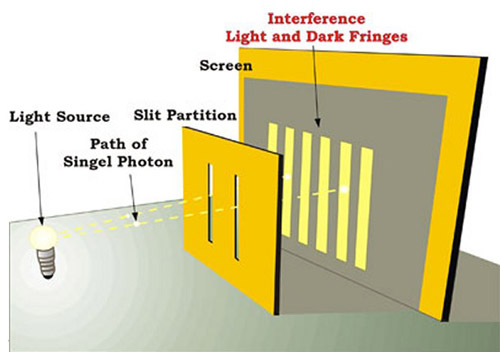 Here are a series of papers addressing the Single Photon Double Slit Experiment: