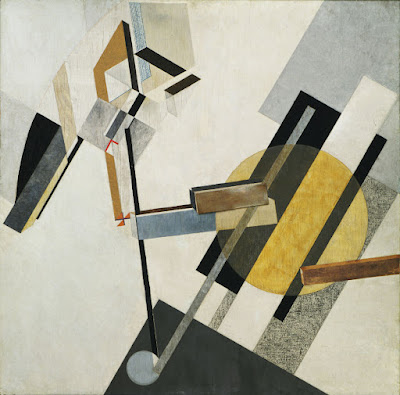 After struggling through a 9,000-word set of essays upon these questions, within A Study of The Philosophy of Reality, so many surprising aspects arose that I was sorely pressed to extend the discussion to Theory-in-General - and particularly into what is often termed "Truth" - with regard to Subsequent Purposive Action: for the relationships turn out to be nowhere near as obvious as I (and it seems everyone else) had initially assumed to be the case. The descent to an underlying Universal always beckoned!

Nevertheless, your immediate Objectives (and also The Local Context), clearly change Everything, so that General Conceptions, wholly independent of such purely local considerations, are clearly bound to lead one astray, if they differ: and they most certainly always do.

Now, this latter point may well arouse a committed and energetic opposition, but "Truth", when defined solely by the subsequently-achieved success in producing those desired objectives, accompanying, as they do, a whole range of such achievable Contexts, quite definitely, removes that world from its assumed Absolute Context, and places it into a much more limited one. Indeed, the vast majority of such intentions, will do likewise, making the Absolute View of the Context always, at least locally, totally wrong.

Indeed, what soon became clear, in that prior collection of essays, was that very many such contexts have their "Own Truths", validly restricted to that particular limited Context, to facilitate its correct analysis, and guarantee its consequent outcome.

All Truths dont have to be Universally True! Indeed, MOST Truths are of this context-limited-type.

And in a Holistic World, such as we definitely inhabit, with literally Everything affected and Changed by Everything Else, to some degree, rather than throwing up our hands, and giving up, we have long learned how to deal with Local Cases, where local circumstances do not substantially change over time, or are maintained as such for the duration of investigations!

The whole of Current Science was, from its outsets, consciously built upon such Qualitatively Unchanging, Controlled Situations; which naturally deliver Fixed Pluralistic Solutions - so problems arise if situations legitimately stray into The New, where the old assumptions no longer hold. Indeed, the usual Overall Premise is that situations can and indeed do change, NOT to be delivered by a Single Permanently Fixed Natural Law, but to yet another Locally Fixed and very different one.

Yet, at the same time, Generally Everywhere Applicable relations SIMPLY MUST be used when substitutions between formulae, in order to build a legitimate valid Science Discipline, as a single whole! So the evident mismatch between given relations in Local Maintained Stabilities, and the Formulae developed solely from the valid equations of the Discipline as-a-whole, trigger off a multitude of regular problems.

You cannot do that!

Not least, when the wrong, usually Local, equations are used, substituting from Local relations into others to illegitimately extend the Discipline as a whole. Very clearly this will cause problems!

It is because we trust our Formal Repredentations and Methods more than any others - and you can see clearly why we do! It is because we have discovered a Purely Formal Method of bringing relations together to deliver "more relations"! Once we have such a combined-formal-representation for the new combined feature - entirely defined purely in terms of quantitative variables, which can take a range of values, and which when inserted into the combined Formula by their values, for delivering the new feature, evaluating the result delivers a new value for the new feature: but it is, and can only be, entirely quantitative.

But, what Quality does it refer to?

No description, or even mention, of any Qualities of the New Feature are evident anywhere in this process. As such, new Qualities cannot be represented Quantitatively or using Formulae.

So where are any qualitative changes defined?

It has to be Wholly Elsewhere, usually from detecting New Qualitative Effects via Experiment and/or from mere Observation.

But they are NEVER explained causally!

Can changes in quantities alone explain NEW Qualities? NO! Qualities were traditionally causally-explained, but now have been increasingly abandoned as an integral Part of Science, to be replaced solely by Mathematics, which are significantly Philosophically compromised, in that demanding role, so, along with mere Association, for a wholly unsatisfactory attempt at "explanation"!

NOTE: You can see their difficulties in Public Lectures, where they are often forced to once again rely upon long-abandoned causal explanations of the past! For otherwise they would conjure up absolutely no belief in such an audience.

Elsewhere I have comprehensively dealt with the consequences of this wholly illegitimate abandonment of Causal Explanation, within Physics in particular. But, the disease has entered into the very Fabric of all the Sciences, as is increasingly evident from the many proliferating problems, which currently beset them all.

And, as I have begun to expand things generally into what I term Systems Causality, which is almost totally unknown in any of the Sciences, but has significant largely Causal Effects, which are also not recognised as such either! Indeed, it appears to be only in the Systems Effects that address the causal changes which can be ascribed primarily to Number.

Indeed, the most important, appears to be what I have termed Selective Elimination of certain processes usually brought about by the same distortions, which could also lead to significant Qualitative Changes, and which are often terminated as possibilities by such removals...
Posted by E Journal at 11:26 No comments: Externalities are not incidental to the way capitalist economies run. They are integral to them. After all, it is a legal obligation on private companies to maximise profits for their shareholders – in addition, of course, to the personal incentive bosses have to enrich themselves, and each company’s need to avoid making themselves vulnerable to more profitable and predatory competitors in the marketplace.

Companies are therefore motivated to offload as many costs as possible on to others. As we shall see, externalities mean someone other than the company itself pays the true cost behind its profits"