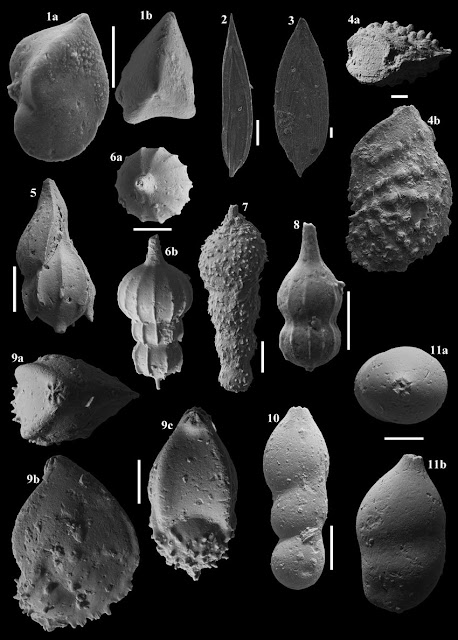 In beginning, to explain the Natural Development of Reality-as-is, and having to consciously change from the once primitive Approach by assuming a single All-Embracing Rationality to a strictly Formal One, epitomised solely by Mathematics: it gradually (and haltingly) became clear that such an Approach was far too restricted - excluding all relevant causative factors, to highlight only those that are wholly defined by a Set of Forever Fixed Laws - just like those of Mathematics, and hence making those rationalities entirely Pluralistic.

So, if the readers of this (as they should) require a comprehensive proof of this important conclusion of mine, I can refer them to many evident arguments, culminating in this stance, within SHAPE Journal - compiled over the last 12 years by this writer: where the main intention was to win over participators to the Alternative Holistic Approach, as originally initiated by The Buddha, though only finally and extensively established by the historian/philosopher, Karl Marx, very much later, in the 19th cebtury - some two and a half millennia after The Buddha.

But, Marx never extended his crucial changes into any of The Sciences, which turned out to be an absolutely vital omission: so he did not complete the necessary transformation, thereby leaving his version of Holism, woefully lacking in many important and indeed necessary areas. And, most important of all, he did not establish sufficiently an All Embracing Version of Holism!

For, it should also have comprehensively tackled the problem of multiple, simultaneous and mutually- affecting factors, that would have involved what I have called The Systems Approach.

But, even those meagre additions, by this Thinker and Writer, turn out to be nowhere near enough, as FIRST: The Emergence of Life totally transformed the available mechanisms within the properties of the now newly available agents of all the possible concrete development, namely ALL Living Entities, and the then, ultimately, the qualitatively different Thinking, finally possible by Mankind!

Now, the latter undertaking is now somewhat underway, but the former involving the effect of Life itself, has, as yet, NOT been addressed. So, the purpose of this paper will attempt to begin to sufficiently fill that vital gap!

For the tempo-and-nature of Development, itself, was majorly-and-qualitatively transformed by the Emergence of Life - as embodied in the unavoidable, appaerent limitations delivered by the relatively Short-Lengths of all the Lifetimes of the interacting living entities involved, and also significantly also compounded by the only possible concrete legacy between generations, being via the sexually-produced, and hence genetically-defined determinators, combined within the produced seeds-or- offsprings: and which always being distinctly genetically- different to the contributing individual parents, and, thereafter directing the competition of those differently- endowed others of their type.

For, the somewhat inferior products would always survive less well, and, over time, the genetic stock of the various populations would clearly improve and even their means of life would change and be passed on both purely genetically, and by parental instruction! And though other factors would undoubtedly be involved, there would be significant tempo developments via Evolution, than was ever possible before the Advent of Life!

From two very ordinary Working Class families, including my Grandma, who could neither Read nor Write, my son now has a Doctorate and directs a significant course at a well-eatablished English University!

Yet, nevertheless, actual ascending trajectories of possible individual development, are not yet what they should be, as the World Economic System grinds increasingly haltingly towards an inevitable Worldwide set of Devastating and even Existential Crises, in many different directions, each with no obvious solutions, being either pursued, or even proposed.

The opportunities that are still possible, are increasingly opposed by those who for a very long time have been reaping most of the rewards available , and doing it in such a way, that, on a Global Scale, they work against such developments, if applied generally, and instead re-direct the driving imperatives involved away from the general involvement of all populations, so that they show themselves as driving things, at least partially, only to their own working populations, so that they are ever more likely to be blamed. Global calamities such as increasingly irreversible, yet wholly Damaging Climate Change, and the also ever-growing impoverishment of the majority of the World’s poorest Populations!

And, by so doing, attempting to divert the blame for all of the Crises onto ordinary people, and certainly not the fault of the decision makers, who actually caused it, as long as they didn’t suffer!

The Objective of the Ruling Class is clearly to ensure their own well-endowed future, while everyone else bears the brunt of any fall-out, even though to continue to get away with it all, they will act as if they are struggling against colossal odds outside of their control, while they continue to try to alleviate the lot of the Common People “as best as we can!”

But, though the tempos of development involved in Society were vastly increased, those improvements were NOT directed in the very best directions, for the benefit of the majority of the population. But, always aimed in the directions that affected the tempo of monetary benefits selectively to the Owners and Directors of all Productive, Transportive and Distributive undertakings! The needs and benefits for Employed Workers did NOT figure at all in these remunerations!

Without a doubt, further progress in the intellectual developments that Mankind has pursued, is needed in order for us to survive beyond this century. Literally ever since we abandoned the Trees of the Equatorial Forests for the significant Emergence of the new open expanses typified by the unsustaining grasses, with their populations of grazing, fleet-footed animal inhabitants, along with the fierce predators that preyed upon them, so clearly having the strong effect of selecting for ever increasing speeds of the prey animals, in order to even survive! Surely, that didn’t seem at all coducive as a habitat for Human Beings! So, what was it that even gave them a chance of surviving? They were NOT fleet- of-foot: nor did they possess dangerous teeth, claws, or remarkable strength! 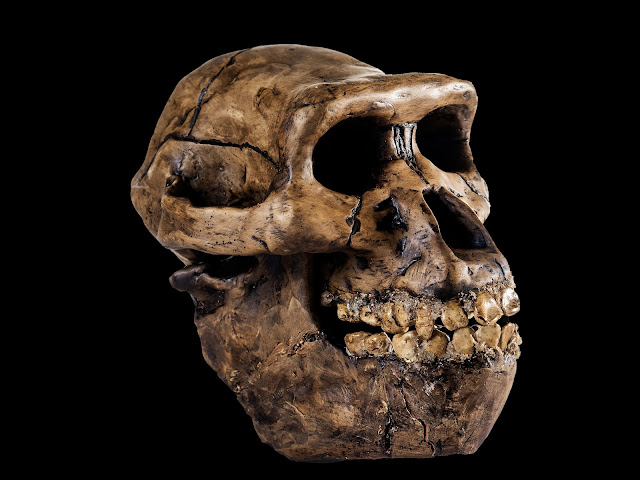 Those Hominids seemed hopelessly ill-equipped for the wide open Praries, and far better off remaining where there closest relatives, the Gorillas and Chimpanzees chose to remain, with the protection and relative abundence of the fast shrinking Forests... But, they didn’t do that!
So what features in the lives, suggested that the Praries were the best place for them?

They had already abandoned the trees for the Ground! For by doing so they enabled their forelimbs to become manipulators of things: and their hands evolved very differetly, into brilliant manipulators of many different things. The became bipedal, with NOT tree-grasping “hands”, but running feet! They had already found ready-made rools in the form of sticks and stones, and could maintain a naturally caused Fire, both for warmth and to scare off predators.

And these changes radically altered their ability to THINK! It was as yet still similar to how they used their brains in the Trees - but was changing fast! The new environment was greatly more challenging than it had long been in the forest: for there was literally no secure places to go to when challenged by predators. Somehow early Humans had to stand and fight and arrive at effective wasys to do that! They had to constantly think of how they would survive: and those who didn’t measure up, perished! There was a selective pressure upon them that fairly rapidly selected for the cleverest!

They found caves to use as refuges: and ever better weapons to fight with, including spears and Fire itself; and, accordingly, only the best thinkers survived, and, along with the developments in intelligence, the Humans (or, most probably, their immediate ancestors), rapidly adapted to make the best of this new environment for their survival and development. In particular, they lost most of their body-hair, and rapidly adapted sweating to further cool down their increasing temperatures - while also adapting thier legs and feet, for extended necessary running. They became ever better animals of the plains!

Now, such swift and concentrated adaptions also demanded major changes in their brains, but, most significantly, in how they solved the very different problems of Survival: for without that ability too, they could not have continued their conquest of ever new environments, which they continued to do until they were literally everywhere upon Planet Earth!

But, to assume that all these developments were based upon ideal ways of internalising the Truth of these New Situations, you would be very wrong indeed. For, there was Absolutely NO Easy Access to such “Truths”! Reality-as-is is far too multi-layered and complex for that to be directly achievable by mere Experience of it.

Indeed, all such achievements ONLY had to marginally increase the possibility of survival - and that has to include something of the Truth!

So, literally NONE of the improvements ever enabled Human Thinking to alight upon any absolute Truths at all: they were all only ever partially true, and would, every single one of them, lead to error in all attempts at analysis!

Our concept of both the Nature of Reality-as-is, AND of of our predictions from it, have so far been inadequate, as every New Area of Study only ever reveals wholly New, previously-hidden features, that, even when they are fully addressed, are STILL not by any means, the Whole Story! Indeed,these revelations prove undisputedly that the Holist View and Approach to the study and control of Reality-as-is is absolutely correct, and that from the tiniest morsel of Matter to the Infinite Universe, there will exist many, many very different Systens, Structures and Laws, which, nevertheless, naturally co-exist, and even contribute to one another: YET at each Level deliver different dominances and hence a surprising measure of temporary independance, while still via Emergences, are always capable of changing overall situations dramatically - even into what appears to be a Direct Opposite situation!
This paper is taken from the latest issue of SHAPE Journal (76): 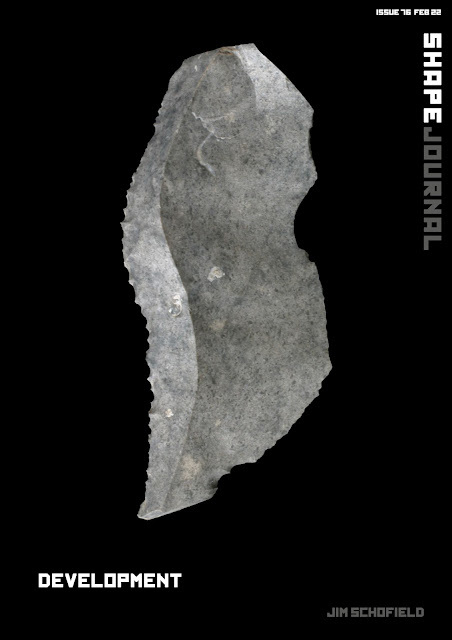