Special Issue 9: The Ascent of Life

The Crisis in Physics (A Conspectus) 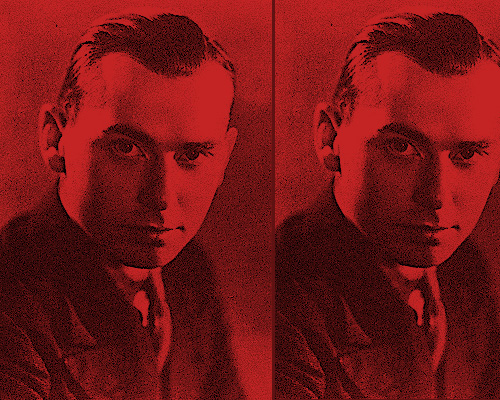 It has been decided to publish a Shape Special Issue dedicated to that brilliant work by Christopher Caudwell entitled The Crisis in Physics. This marxist-critique of the situation in the 1930s in Sub Atomic Physics, was a significant beginning, and were it not for Caudwell's death fighting Franco in the Spanish Civil War, there is no doubt he would have taken this subject a great deal further.

As it is, no further significant contributions have been forthcoming from surviving "marxists", so 73 years after his book was first published, a reappraisal and development of Caudwell's contribution seems more than a little overdue. 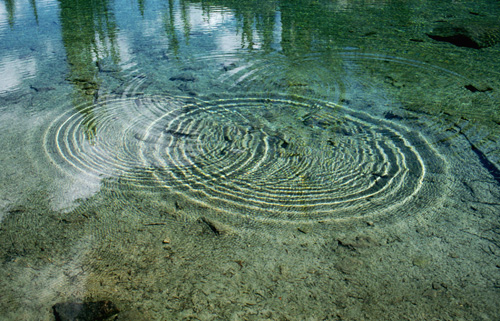 The Effect of the Observer

Why should the presence of an Observer cause certain revealed phenomena to collapse, and a seemingly totally contradictory, and classical version of what was happening immediately, and totally, replace it?

Such an inexplicable thing does indeed happen, and is sometimes described, rather irresponsibly, as the fact of the phenomenon being observed causing it to vanish.

Now, something significant certainly causes the change, and as scientists we must find out exactly what is happening, and, of course, why?

Such a superficial “cause” is not what is meant by those who stand steadfastly by such happenings as the truth of the investigated situations, BUT failure to explain what is actually happening, and why it happens, means that any mistaken impressions are not replaced by the truth, and so persist, misdirecting scientific attempts to solve the situation.

Clearly, the presence of some sort of intervention certainly removes a significant contribution to the unobserved (undisturbed) phenomenon. The intervention of measurement can indeed collapse such a natural system. It depends on what kind of effects the intervention introduces.

Let us take an interference pattern in a dead-still susceptible medium or substrate caused by a coherent and single frequency source which had its effects divided (as in the Double Slit Experiment), and then recombined as from two sources (one from each slit), so that they interfered and set up the expected interference pattern.

What might collapse that pattern, and hence destroy its effects on other things? Well we know that if a very still pond has been agitated by a tiny oscillation at its surface, it will deliver a pond-wide set of ripples. But if we throw on a large brick, or run through it with muddy boots multiple frequency effects will be generated at much larger amplitudes and will totally swamp the original delicate ripples entirely.

Any cork slowly being moved by the surface ripples, will cease to be so affected and if the destroying frequencies are sufficient in number and amplitude, these could overall cancel out and the main observation will be the vanishing of the prior pattern and its effects. Someone concentrating upon the cork and its trajectory will suddenly lose track entirely of that movement, and a much more common mix of multiple contending effects will instead determine what we see. The cork will keep moving but under very different imperatives: a different situation will have been produced.

Now whatever the intervention of an Observer involves, it will certainly have its effects on any ubiquitous medium susceptible to any disturbance.

If such considerations are to be applicable the Double Slit Experiments and the effect of introducing an Observer, then for this to be the case, there HAS to be such a medium filling the areas involved.

Now such has never been detected.

Yet that same “empty space” is totally capable of propagating electromagnetic radiation, with its two vectors 90o out of phase. How does this happen?

The discoveries of the Quantum era, replaced oscillations in a continuous medium by “particles” of radiation (Photons), which, because they were particle-like could indeed be shot out across total nothingness.

And if all subsequent phenomena were in concert with this conception all would be well. But they aren’t!

Indeed, sometimes the only explanations for phenomena seem to be that they are indeed produced by waves. We seem to need BOTH conceptions to cover all phenomena. Yet there is another possibility!

Empty Space would be paved entirely by Empty Photons. These would be individual entities, which would be capable of both holding, and passing on by induction, single quanta of radiative energy. All we need is for these to be totally undetectable – to have zero observable charge and zero observable mass to make them invisible, and if they also did not move, then how could they be detected?

Now, believe it or not, such particles have not only been devised and described, but also actually detected in accelerator experiments, where they are called positronium particles.

They are composed of a mutually orbiting pair of one normal matter electron of negative charge, and one anti matter positron of positive charge.

Now, these are NOT what we need here but a close and recent relative of an ancient type, called instead the neutritron, which is entirely stable and created soon after the Big Bang.

So without diverting into that whole discussion, let us here, consider how the presence of a universal paving of these entities (also called “Empty Photons”) could influence the phenomenon we are considering.

Clearly, such a paving could, by taking in energy from the passage of electrons (say), be disturbed into coherent oscillations, which moving ahead of the causing electron(s) would pass through both slits and interfere on the other side. The following electron would reach and pass through one or the other of the slits, and immediately encounter the interference pattern, which would affect the distribution as registered on the final detection screen.

BUT, the introduction of any Observation would surely destroy this pattern immediately and the electrons would behave, as we would expect them to without an interference pattern to deflect them.

The Socialist Economic Alternative I
(Socialism within Capitalism?)

The perennial question asked by any defender of the status quo to an avowed socialist is always, “Well, what would your Ideal economic System be, and why hasn’t it just naturally evolved from this current, supposedly congenitally inferior attempt?”

Well, it is a fair question, even if the motives of such an asker were not!

And, to ask of an inhabitant of this side of an Emergence (a revolution) exactly what will appear on the other side is both unreasonable, and, to be honest, unanswerable.

But we do know quite a bit about what is wrong, and what horrors it inflicts upon Humanity, and has done so for many centuries.

We also know from history and the current Arab Spring that revolutions do indeed occur, and it must be an important part of our task to begin to address that question, but not as a prediction whether as the word of God, or Marx, or anyone else - but, with clear attempts to remove the horrors.

An Emergence is best typified by its most wonderful and evident example of the history of the Earth – The Origin of Life itself.

Clearly, no prediction of the various consequent Forms of Life would ever have been available within the World before that Event.

So, let us, with more than a little humility, address the question of the nature of the possible economic alternative to Capitalism, perhaps expressed negatively as to what must be removed.

Read the rest of this paper