This edition marks a change in both layout and overall method for this author, and as such requires a few explanatory words here. They are not about the content so much as how that content redefines its presentation.

The question being considered is the essential touchstone for a necessary and truly profound change in scientific method, for it cannot be addressed by the usual standpoint and methodology, which has remained essentially the same for several centuries.

Tragically, its clear inadequacies, revealed towards the end of the 19th century and the beginning of the 20th within Physics, did not lead to this necessary and indeed revolutionary change, but instead precipitated the wholesale retreat, which became The Copenhagen Interpretation of Quantum Theory.

For this change, in order to retain a “coherent” approach, rejected Explanation (Theory) as illusory, and pragmatically reverted to Prediction (and its means - Equation) as Science’s sole purpose. This retrenchment has now lasted 100 years, and shows no signs of ending.

Thus, those who consider that the Explanation of Phenomena to be Science’s ever-improvable essence, must find answers to the philosophical and methodological impasse that has resulted in this devastating retreat. And, there are many real world examples, which can be investigated to begin to get a handle upon Significant Qualitative Change – Revolutions in all areas of study.

Now, such researches are already being pursued, but only by a very few practitioners, and such papers as this must attempt to recruit ever more colleagues to this vital task. Thus, this paper will change the usual form, and will attempt to make illustrative links with other work in the area by special included panels, usually involving a picture or diagram, and an indication of where this can be looked up to pursue that particular line.

Clearly, this cries out for hyperlinks and relational databases web-wide, but differs in that the present available software does NOT involve adjustment either in the sending paper, or in the “sent-to” paper. So, that is too independent of any cross paper intentions, and that doesn’t always help. So, such use is not implemented here. It is, instead, beginning to find a way, which will hopefully transform the means to fit particular content. What you will find here is, of course, only a first step.

Why Socialism VII: How are Decisions Made Within Capitalist Democracy 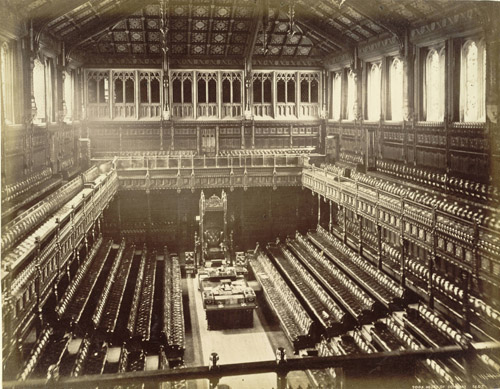 Before going on to the possible socialist alternatives to bourgeois democracy, we must first address the question:

“How does decision-making work in both non-political and non-representative bodies, for these are widespread and powerful organisations within all Capitalist Systems in addition to the usually considered elective methods?”

We do know how capitalist Democracy works in political assemblies such as the UK Parliament, where the main mechanism for decisions seems to be almost entirely top-down, and only very rarely bottom-up.

What is more, even the pre-election policies that secured the victory of one party over the others, can be radically changed, or even dropped once the majority in that assembly, and a guaranteed ticket-to-rule for the next five years has been secured.

With Party Whips, discipline and even the allocation of lucratively paid posts in government departments, the effect is to strongly bolster the top-down directing of what is made Law by such a "democratic" body.

Read More
Posted by E Journal at 12:38 No comments: