SHAPE Journal is proud to announce it's 100th Issue!

Taking issues and specials together this journal has now published 100 editions of cutting-edge marxist theory and science, since we launched back in 2009. This one has been compiled to celebrate that achievement and to initiate the vital discussion about where we go next.

This journal has become the primary outlet for the radical theories of philosopher Jim Schofield, whose seminal work The Theory of Emergence was published by SHAPE in July 2010, as Special Issue 1. Alongside his latest work on Logic, this important thesis is included here again, to reveal the trajectory of this work over many years, but also to demonstrate fully the profound limitations of Formal Logic when dealing with change, or the emergence of the entirely new.

In this challenging new work Jim looks at the dialectical resolution of contradictory concepts, via their natural appearances in concrete reality, predominantly within emergences.

People are angry with Theresa May #grenfellfire

The Myth of Graphs

The Problem with Mathematics I

In criticising the formal, mathematical treatment of real world phenomena into graphs, I am, in a way, NOT damning this marvellous development as wrong, but, on the contrary, drawing necessary and vital attention to its common mis-interpretation and consequent misuse, beyond its evident pragmatic efficacy.

Let us be both precise and revealing about this particular and remarkable union of Materialism and Idealism - made possible by Pragmatism - "If it works, it is right!"

The clearest, useful cases occur with the quite evident geometrical advantages of Graphical representations of whole data sets, taken from real World experiments, in up to three dimensions (using the actual three dimensions of Real World Space) to handle up to three variables across a given range of real instances.

Such a clever capture of a whole-set of related instances within a single situation, which maintains its relations in spite of quantitative changes in its evident contributions, clearly has advantages, and, pictorially, delivers the whole measured range simultaneously, "effectively" revealing the same thing as does a fitted-up formula can do covering the same real data, but is definitely a more informative representation.

But, before we take things any further, it is important to differentiate between the two graphs that can possibly be constructed from the same data. For, though these two look very similar to one another, they are, in fact, very different.

CASE ONE: is when raw data is directly plotted in a graphical form.

CASE TWO: is when a pure abstract Form, defined by an Equation, fitted up to that data, is similarly plotted.

Now, mathematicians deal exclusively in Generalised Forms - a mixture of Variables (representing measureable as varying quantities), and Constants (which can actually be a vast range of values, giving a host of versions of the very same Form, without changing the relational nature of that represented Form).

These two come from two different Worlds - the data-based plot is from Reality (the real World - though usually extensively farmed), while the formula-based plot is from Ideality ( the World of Pure Forms alone)! And, of course, they have to be related in some way, to make the latter Purely formal Relation helpful for the real world situation - captured via its measured data.

Initially, of course, they are merely approximately the same, but are clearly resonating-analogues of one another, in the mind of the observer of them both, but the astute investigator recognises this, and is determined to tailor, or fit-up, the easier-handled, general abstract form to fit the collected data.

And, such tailoring is a purely mathematical operation! The original General Form has, as yet unknown, constants within it represented usually by placeholder alphabetic letters. The tailoring process involves substituting sets of data, representing a measured real world instant, into the general equation giving a formal relation in only the constants. Other sets are then substituted-in giving different versions, in which he unknowns are, once again, the constants.

Using the technique of Simultaneous Equations, these constants can be calculated from the combined use of the various versions, and substituted back into the general form to produce a particular instance or Equation representing (reasonably well) the original real world data. But, it is STILL an idealised form! 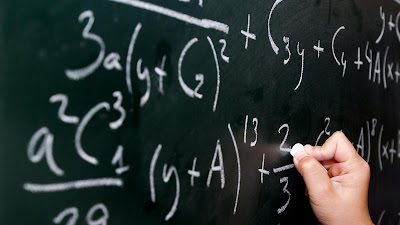 It is by no means identical with the dealt-with Real World situation, OR EVEN the full content "resident" within that measured data. And, perhaps, most important of all, it behaves very differently indeed "in the limits".

For, while the real world situation flips into another totally unpredictable situation in Reality, the Equation merely blows-up, via asymptotic approaches to Infinity or Zero: and these Singularities mean absolutely nothing in the real world - merely indicating "the usefulness over!" So, any assumption that the Equation (so-obtained) is the true encapsulation of the real world relation is, most certainly, incorrect.

Indeed, it is usually much worse even than that! For, data taken directly from totally unfettered Reality can only very rarely be treated in this way. More often, the only way to deal with the situation is to quite radically farm it to produce more conducive and informative data. The real world situation is changed - by removing any evidently confusing factors, and then also controlling others, until a possibly targeted factor becomes clearly displayed, and only then is the required data-set extracted. But, even that is usually insufficient for reliable data: so several sets of measurement are taken over the exact-same sequence of the independent parameters, and averages taken of all the results.

This technique removes other still-there variable effects, and it is only this Well-Formed-Data that is finally used in the above-described techniques.

As this theorist has explained at length, elsewhere, what is then used is both from a highly simplified & stably-maintained context, and fitted up to an idealised mathematical form (suitably adjusted to be as close as possible to the farmed data). It is pragmatically useful, if used in the same context to that from which it was extracted. BUT, does not behave the same over all extended situations. AND, even more crucially, gives major errors when used theoretically in more complex reasoning.

IMPORTANT NOTE Though not the main purpose of this paper, it must be mentioned here that the main philosophical error involved, in both sides of this inter-discipline co-operation, is the adoption of the Principle of Plurality, which is never true of Reality-as-is, where Holism certainly dominates. Plurality, in fact, only-ever-holds in strictly-stable natural and artificial situations, and, of course, in wholly idealised discipline areas such as Mathematics.

And finally we must emphatically differentiate between Graphical Dimensions and Real World Dimensions.

For, the former are in Ideality and can be as many as there are varying parameters, whereas the latter are limited by Reality itself to ONLY THREE! As soon as the wedding to Formal Equations ousted Causal Explanations in Physics, the legitimisation by reference to Reality was lost, and replaced by the Rules of Mathematics alone. Dimensions, beyond 3, were objectified by various ruses totally illegitimately.

Of course, the practitioners involved would never agree to this point, primarily because it would undermine their whole "world". They worship Form so finally, that they study purely formal equations in preference to studying Reality itself. "A blackboard-and-chalk will suffice!"

Computerised Solutions, The Nature of Mathematics & The Necessary Revolution in Philosophy (Special Issue 46)

The Contradictory Processes of Stability & Development 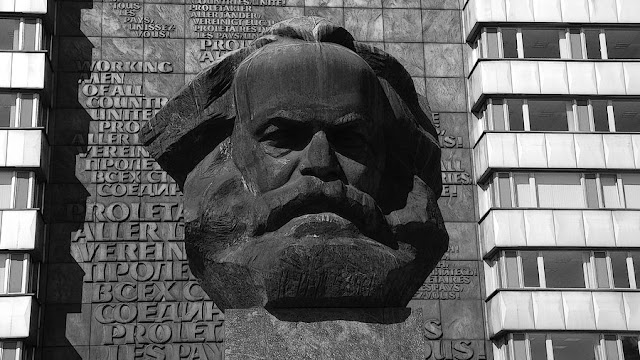 In addressing Stability effectively, we must understand four sets of processes:-

I: How it originally emerges
II: How it finds a self-maintaining-Balance
III: How it is undermined and finally collapses
IV: How it then recovers from a Nadir of Dissociation

Now, in posing it in the above way, we are really positioning our analyses well beyond the particular contents of these important occurrences. We are, in fact, going beyond the Physics or Chemistry of what is happening, to a more general meta-dynamical-level, indeed the famous Dialectical Level.

But, though Dialectics releases us from the misleading bounds of the usually entirely pluralistically-pursued disciplines, it presents us instead with the currently hard-to-employ, and very different, holistic approaches demanded by Dialectics.

Indeed, the required answers will still have to be revealed in the appropriate primary discipline levels. They can, with a great deal of study, be wrested from the old pluralistically-studied areas, but only by transferring our basic assumptions and premises, to a very different dynamical perspective.

For, while traditional disciplines find all their Ground in-Stability-alone, Dialectics focuses our attention upon the determining Dynamics-of-Change occurring in real multi-factor situations. And, this-alone allows the understanding of real qualitative developments - those involving significant major changes, and even actual Creative Emergences delivering the wholly New!

Now, in spite of consolidating a few concepts at the Dialectical Level, to remain at that level can easily turn any analyses into mere, if dialectical, descriptions alone. Dialecticians, like Slavoj Žižek, do indeed describe a wide range of real world situations dialectically, but he regularly falls short of explaining anything in many of the areas he addresses.

I must concede that he does get closer to the mark in his "explanations", when dealing with Psychoanalysis, due to his admiration for, and study of Lacan, but, that is eminently possible without making the necessary transition from Idealism to Materialism: in other words both Žižek and Lacan remain as purely Hegelian Dialecticians - as idealists!"

Žižek recently included a chapter on Quantum Physics in one of his books, which, without-a-doubt, proves the above point emphatically. For, his evident ignorance of Physics allowed him to claim that the currently dominant tendency in Sub Atomic Physics (embodied in the ill-famed Copenhagen Interpretation of Quantum Theory), as being "on the same side" as himself and other "Marxists".

As both a professional physicistand a Marxist, myself, I couldn't believe it, so I undertook a detailed critique (published as Special Issue 50 of SHAPE Journal in April 2017 on the Web), which exposed that ignorance very clearly, and also demonstrated that he is far from being a Marxist.

The lesson for this paper was emphatically proved! It isn't sufficient to apply Dialectics to a serious discipline, without being an expert in that area of study too. Indeed, absolutely all the principles established in the Meta-Discipline of Dialectics were initially discovered within a single particular discipline: and though that was initially only in Thinking (by the idealist Hegel), Marx's transference of all the gains achieved in Dialectics, into the very different Materialist Stance, extended the possibilities enormously!

He was able to apply them effectively in his primary area of study and qualifications, namely History, but in then turning his attention to Economics, he effectively had to become a professional Economist to carry it through. It literally took him the rest of his life, to complete that vital process.

You couldn't just apply general principles, as Žižek does, you had, always, to actually re-discover them, and in so doing, greatly enrich them via every new area addressed. And, as with all Materialist Theory, these too must be verified within Reality itself, to be also be justifiably included into the Higher realm of Dialectics.

Now, this introductory short paper cannot deliver a full account of all that is involved. But the work has been undertaken, and will soon be made available online.

Past relevant Issues of the SHAPE Journal already available are:-


As Jeremy Corbyn said at a huge rally in Leeds a couple of weeks ago, "there is nothing inevitable about this election!"

It's time to kick out the Tories.
Posted by E Journal at 20:17 No comments: