Real Abstraction: Why Art and Science Must Work Together! 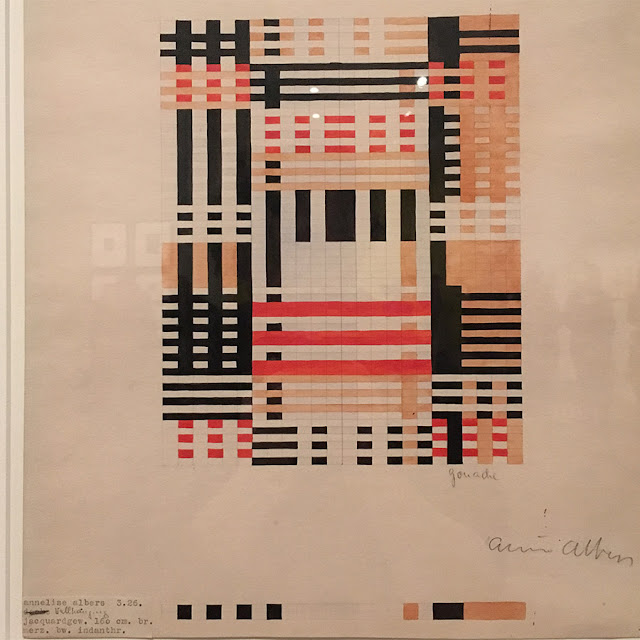 Yet, in spite of the well established Pluralist Aberrations, True Abstraction is still the ideal to be followed: but exactly “What that is?”, requires, for us, a necessary detour into the very best of 20th century Modern Art!
You might think that the damage done by Pluralist Abstraction, was sufficient to permanently condemn literally ALL Abstraction as damagingly misleading: but that would be wrong too! Indeed, it must be clear by now that the Real Holist World and its multi-level Development, is such as to far outstrip currently Dominant forms of Abstraction. But, nevertheless, Mankind has not only survived, but has indeed developed prodigiously, so that many of their attempts at Abstractions must have had at least some crucial Objective Content - indeed sufficient to get us to this point at all! But philosophically, and from the Understanding of Reality-as-is requirement - NOT YET GOOD ENOUGH!
But, something of what is required does actually occur, but not in Science and primarily, and largely unconsciously, it has appeared best in the Arts!

The question is how can we reconcile these very different types of Abstraction? 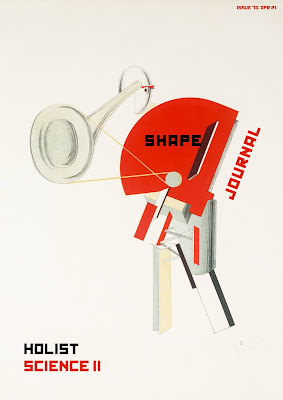 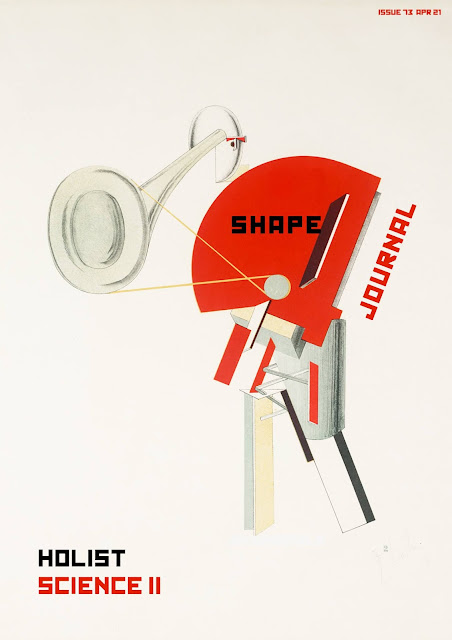 We attempt to understand our world in order to get the very best from it: but, it is certainly a breathtakingly difficult-to-understand world we find ourselves in. It is currently determinable only by two seemingly diametrically-opposite, yet generally-available overall systems of analysis, that directly appear to often effectively cancel each-other-out, and therefore consequently majorly undermine, both the possibility of understanding its underlying, driving trajectory - or even, alternatively, not being able to predict from any overall, perceived process, exactly what would happen next. So that, all attempts at revealing any particularly long-term set of objectives, at all regularly, appear to be always doomed to failure!

Yet, nevertheless, all short-term-and-local Realities do appear to follow some seemingly Fixed Natural Laws, but only if, along with such necessary time-and-locality constraints, so that we are constantly seeking out only Fixed Laws to enable such plans - until they, as is usually the case, finally fail.

Now, these two possible Stances were both established, at almost the very same time, some 2,500 years ago, but each of them, happening in very different areas of the World.

One of them, insisted that the Natural Laws were both Eternal and separable, but, as they were often acting simultaneously along with many others, one of the contributions was then usually largely Dominant, so that its outcomes would totally swamp all others, in their overall direct joint sum!

While, the alternative stance, instead, considered that the norm for all simultaneous contributions, was one of a constant variance of all acting Laws, so that outcomes were always changing, and all predictions just had to include an extended range of possible outcomes, with, in addition, a constant readiness to switch to an alternative, if a Key Indicator so suggested a sufficient change to merit the switch.

Certain extremes of these two, were undoubtedly delivered effectively: but, the bulk of cases were always very poorly served indeed!

The former case was later termed Plurality, and was attempted to be brought strictly to heel, by rigid and long-lasting controls upon idealised situations: but these still proved impossible, unless the number of active factors within a situation were significantly limited, which enabled a kind of Stability to be much more easily achieved-and-maintained.

Now, this was justified by the rapid and successful developments during the Greek Intellectual Revolution of that time, which ALSO kept the idea of all Natural Laws being Forever Fixed, but, as their contributions, to the overall sum, did vary in magnitude - that was the supposed to be the sole reason for the different outcomes, The Laws were still always Fixed, but their overall sum wasn’t.
That did not suit the alternative Stance, as its supporters insisted that the individual Laws themselves Varied Constantly to some degree. So that was seen as the reason for varying overall outcomes, as well as being the reason. for the Variety and Beauty of the Natural World, and, particularly, those involving all Living Things, which could never be seen as being due to Eternally Fixed Laws.

This view was later termed Holism.

But, of course, neither case delivered The Full Truth of Reality!

The problem was that simultaneously-acting Laws often affected one another, and changed their Effects. So, things were constantly in a moment-by-moment, consequent on-going, melee of multiple Changes in ALL contributions! This, initially, seemed to undermine all attempts to predict overall outcomes.

But that too could, and often was, also negated, by the fact of Temporary Stabilities, caused by the forms of the interactions going on within such multiple simultaneous sets of processes! For, though some of these, in turn, were caused by the Effects due to Diametric Opposites - but only ever within on-going, multiply-repeated processes.

For Cyclically-repeated processes involving such opposites, selectively eliminated all extraneous materials, so that ultimately, Pure, constantly repeating cycles were the main outcomes. And, these could balance with their equally Pure oppopsites to cancel-out. And, what also frequently “steadied-the-boat”, was the fact that in diverse bundles of such sets, including such Pure Processes, where stabilised sets simply repeated, whilever there were Correcting Processes for every change in an existing process, occurring within another of the same set.

So, constant repeating of effectively unchanging Cycles of the same contents, due to the above effects, necessarily delivered many Temporary Stabilities, as long as those conditions remained! For, in such constantly repeating Cycles of those processes, all Non-Opposite Processess would be effectively eliminated, leaving only the Balanced Opposite processes determining the consequent Stability.

When these did change, entirely-locally, they were termed Emergences: and when they changed much more generally, over wider, extensive Systems, they were sometimes called Revolutions!

It is clear, to this researcher, that, though the above does correctly show the effects of constantly repeating Cycles of processes, and, in so doing, selectively-eliminating chance ingredients, and even processes, to ultimately arrive at a constantly-repeating, overwhelmingly dominant unity of the same sort of processes - the actual mechanisms involved do not, at this stage, entirely satisfy!

And, in watching one of Gareth Samuel’s “See the Pattern” videos, about the processes taking place in the Sun, it became clear that he too was arriving at seemingly dominant sets of processes, that had been similarly refined into constantly repeating systems, that must have emerged from initially complex sets, that only gradually arrived at what he concluded were the final regular forms: so, it seemed likely, that these could have been arrived at in the same way as the processes I was considering.

In addition, it was clear that, in spite of their seemingly constant arrived-at state, they also were never permanent: so the ultimate transformations to other steady states might also reflect such changes elsewhere too.

What is usually generally called Science is actually no such thing: we might more accurately term it Technology, for as a wholly pluralist undertaking, it is not even derived from any dependable form of Science, which would have to be, to some degree, Holistic in its philosophical Stance, to be able to deal with Reality-as-is!

But, because that cannot be distilled into a collection of Pluralist Fixed Laws, the practitioners involved, by taking the route of greatly modified and controlled situations, did manage to effectively enable a Pluralist version, always limited to only very highly constrained situations - but sufficient to also deliver a wholly achievable, and increasingly broad and useable Technology.
But, of course, the required extension into a generally applicable Science, within which it was intended to reside a comprehensive and Explanatory Means, was always impossible! Indeed, researches have proved conclusively that a Science, based upon Plurality, can’t help us understand the natural world, even though a functioning Technology certainly gives us vast control over our environments - and has effectively transformed the world to suit our means of understanding it.

The revelation of these crucial flaws, were revealed very soon after the Greek Intellectual Revolution, by Zeno of Elea, who was able to demonstrate the failures of Pluralist Science in his work called Paradoxes, in which he was able to reveal irresolvable Contradictions in Movement, using the Rationality discovered legitimately in Mathematics, but then wholly illegally applied in both General Reasoning and the Sciences, and from which, they had done it, in spite of Zeno’s valid revelations.

In fact it wasn’t until the early 19th century, that Hegel took Zeno’s work and applied it more broadly to logical Opposites, that the truth was finally generally revealed, by Hegel’s follower, historian and philosopher Karl Marx, who began the mammoth task of applying those dialectical ideas, first to History in General, and then to a major Critique of Capitalist Economics! But, nevertheless, since Marx’s death in the 1880s, no-one has attempted the task of applying Marx’s Comprehensive Method to any of the Sciences, so that in spite of Lenin’s warning, in his book Materialism and Emporio Criticism, the most important areas have still NOT received the necessary treatment, resulting in the Copenhagen Interpretation of Quantum Theory, and a similarly disabled Cosmology!
And, in fact, Modern Holistic Theory, which has been wholly a product of the 21st Century, has not been applied to anything comprehensively, though many individual papers have already been published here in SHAPE Journal - and in the near future the writer of this paper is nearing the completion of an alternative to Copenhagen. While a short pamphlet upon Holistic Science is also completed, and will be published, in print, this Spring. There is still much to do.