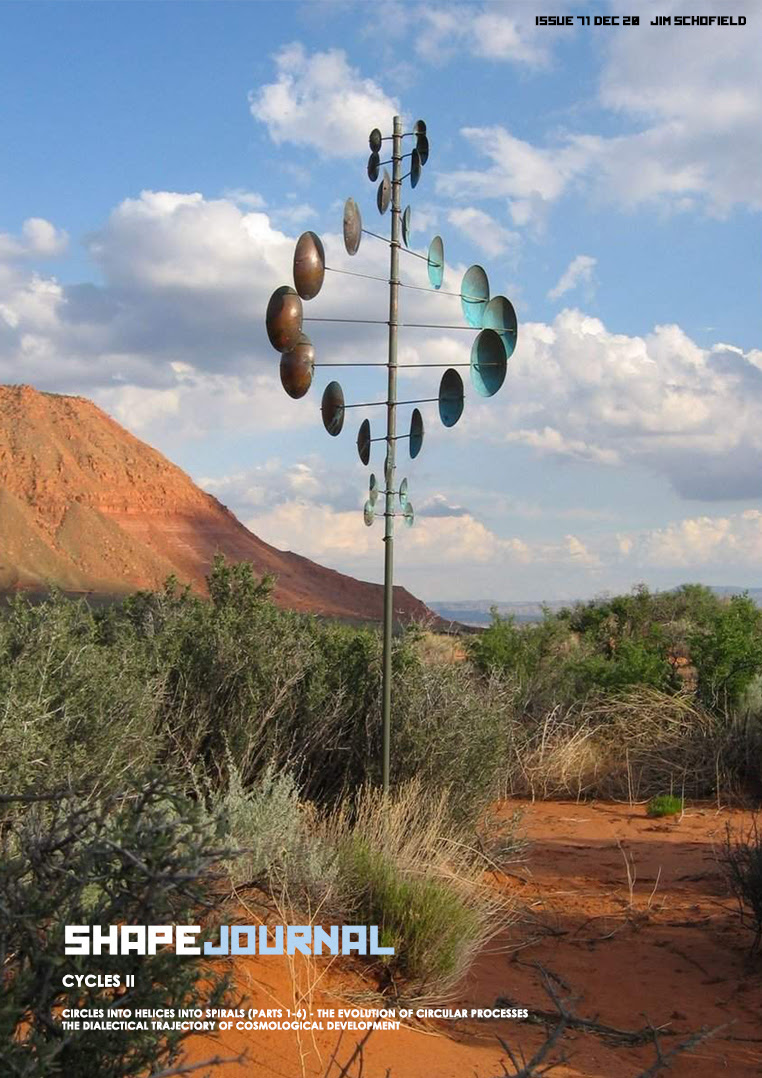 Preface: The Beginnings of Holistic Dialectics in Science

With the latest Publication in SHAPE Journal, Jim Schofield is finally embarking, after 12 years of intensive theoretical and philosophical research, upon a now-possible, and clearly-transformational and definitely-essential Development in the Sciences.

For, though the foundational bases were originally laid down by Karl Marx in the 19th century, Marx, as both a historian and a philosopher, was rightly-and-unavoidably pre-occupied, with the crucial elements of  a Qualitatively Developing History, along with the fact that the essential bases, for its understanding, were only present, in an observable-and-studiable way, via Rare Revolutionary Interludes, which alone clearly revealed the Actual Engines of all significant change, within their observable tempos of both Demolishing-and-Creating of Societies.

Indeed, it was only in a detailed study of such Revolutions that both the Maintenance of a persisting social system, and the Creation of a Wholly New society, could be revealed and addressed. And, hence an essential break from the previous universal domination of The Principle of Plurality in all of the Intellectual Disciplines of Mankind!

But, incredibly-slowly, the debilitating flaws in the Pluralist Stance, though successfully avoided within Technology, were beginning to be revealed in The Explanatory Disciplines, following the partial break through in Philosophy by Hegel.

But within that most basic Science, Physics, the problems caused by Plurality, led to a seemingly insoluble Crisis, between the Theorists, on the one hand, and their indispensible Technologists, on the other, who both erected all their Experimental set-ups, AND then delivered the necessary means to actually use their findings in Production too. The never-questioned links between all of these was undoubtedly Plurality - because of its technical embodiment, the universally lauded Mathematics!

And this had to be addressed FIRST to get all sides OFF the cause and apparent "only-solution" of their problems!

So, this was the first major task undertaken by philosopher Jim Schofield, in his damning Critique not only of the Copenhagen Interpretation of Quantum Theory, but also of all of the various mistaken contributing Parties in the Crisis.

They were all indissolubly wedded to Plurality.

This Critique was Finally completed and published (as such) in 2020!

But, the more significant, and absolutely essential Dialectical Corrections within the Assumptions and Methods of  The Sciences, following Marx's treatment of Capitalist Economics had to be the same Transforming Revolution applied to the Sciences, and, of course, primarily in Physics first-of-all. It, most certainly, will be a Major Undertaking, affecting the whole of Physics, and, thereafter, all of the other Sciences, which defer to Physics as supplying their most basic Content.

The Problem, as was made clear in the criticisms of Plurality, was in its assumption of all Causality being entirely without Qualitative Changes, for they can mever emerge from any strictly pluralist Laws.

Indeed, the only real way, to import such changes, is via the alternative to Plurality, namely Holism, and in the Dialectical Version of it established by Karl Marx.

So, at this very early stage, the task, had to be, to deal with both Stability and Qualitative Changes in Reality, and consequently, and correctly,  in Causality too! The Key area turns out to be in Constantly Repeated Processes!

For, instead of constantly recurring "random processes" delivering a thermodynamic, maintained, minimum energy Stability, that state is usually a Balanced, Active Stability - achieved solely within that system, by the effects of constantly repeated, though totally-contained selective elimination processes - changing the set of contained process's relative abundences, and hence the overall effects of multiple, simultaneous processes involved.

For Such Systems can exist as Seemingly Permanently Self-maintaining Stable Systems, with greatly extended periods of Stability. While these actually, via a rare-but-inevitable avalanche of externally-initiated minor changes that though they are normally offset by others, acting in the opposite direction, as such maintain the Balance, Though sometimes, much more rarely they precipitate unstoppable changes throughout the Whole System, and cause a total collapse!

Thus the whole belief System, based upon Plurality, has to be replaced by something better: and just as it took Marx many decades to dismantle and replace Plurality in Economics with a newly constructed Dialectically Holist alternative, the same sort of comprehensive task is necessary in the Sciences too.

Circles into Helices into Spirals begins this process by looking at these repeating structures and the roles they might play in both the maintenance of periods of stability and those of profound change.