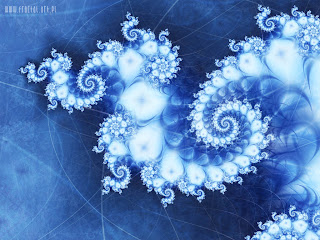 In yet another missive from Mark Buchanan, entitled Fractal Reality (appearing in New Scientist No. 2701), he continues his clearly self-assigned task of papering over everything in Quantum Theory that is evidently unreal and false. He does this with yet another carefully brought together layer of the usual mathematical formalism, but without showing any of the mathematics, and instead talking about them as if the involved formal entities actually exist in concrete Reality. In doing this he has the decided advantage of merely reporting the work of others, who more directly but “specifically” do the same thing. By his method, he can pick-and-mix between alternatives to produce a fabric of what seem to be competing notions, but which are in fact from a very closely related, and generally agreeing, group of mathematical scientists, working in an area that they can only deal with by totally abandoning Explanation. Buchanan’s approach gives the impression that the real choices are between the “contending” members within this consensus, and certainly NOT for, or against, Quantum Theory. In a relatively short article (2,800 words) he covers, as usual, a great deal of ground, and his reportage approach means he does not have to explain or justify each and every one of his identified alternative strands (how could he in 2,800 words). And he pays his readers the “compliment” of implying they “know all that stuff anyway”.

So, with a mass of fragmentary offerings, plus a liberal addition of attractive images and “information panels” (for those who have forgotten such things), he offers up a heady mix. I have written before about his approach epitomised by his regular articles in New Scientist, so I must leave my critique of his method here, and instead attempt to plumb the depths of the mathematical speculation on which he is reporting.

Buchanan admits from the outset that Quantum Theory is hard to take, and once again relates the old arguments between Einstein and Bohr on the counter-intuitive, contradictory, and indeed often idealist elements of the Theory. The hoary old “issues” get resurrected to obscure the real and unaddressed problems, with the emphatic statement that “the Theory’s extraordinary success in explaining the behaviour of….quantum events” justifies its acceptance”. Of course he cannot mean explain, for he is talking of equations: so he must be using that word to give more weight to the more correct word predict, which is what Quantum Theory does. And they are not the same thing at all! The whole history of Science is littered with such mathematical predictors, which in spite of their predictive success, were in fact misleading and implied quite incorrect explanations. , Of course, even such things could not be totally arbitrary inventions, or they would not predict so well. But, the major error of this sort of Science is revealed, and shows that pattern matching is insufficient. It works only for essentially blinkered, pragmatic Science, but delivers NO integrating or understandable, overall view.

So, why is this correct prediction possible? The answer is in their Forms! They may not explain but they DO indeed fit! They do have appropriate Shape, and it is this Form, and Form alone, which allows quantitative prediction.

BUT, there are , of course, many Forms, in appropriately constrained conditions, which are extractable from Reality, but the interesting thing about them is that they are universal: they also fit multiple unrelated areas for each and every individual Form. All the scientists have to do, once they have determined “appropriate Form”, is carry out a detailed “fitting operation”, using sufficient data from experiment to accurately evaluate all constants associated with their chosen general Form, to make it fit tightly in all the right places. The fact that it can then fit experiments with such accurate predictions should surprise no one. After all, an equation is a succinct embodiment of a whole set of measurements from Reality, without which NO prediction would be possible. The whole task of the “discoverer” is to recognise pattern – that is Form, and to know how to condense multiple readings into such a minimised abstract “shape”.

Now returning to Einstein versus Bohr, they were BOTH unrepentant mathematical physicists: BOTH sought these well-fitting Forms via the methods I have briefly described, but they differed in philosophy somewhat. Whereas Einstein expected that the Forms would ultimately be explained in terms of a Real World, and thus complete the full task of Science, Bohr was a dyed-in-the-wool pragmatic mathematician, who actually rejected such an expected explanation in that particular realm of study as completely impossible – forever! He had absolutely NO patience with those who continued to try to “uncover” such explanations. He did not care one whit that his equations (and how they were used) involved totally inexplicable elements (indeed contradictory elements). He trumpeted, “Do they work?”, and answered his own question with a resounding “Yes!” But he was wrong to leave it there!

Science is not purely about prediction in tightly defined circumstances – we have another name for that! We call it Technology. Science, on the other hand, requires explanations! Why? – because it is understanding which takes Science forward. Bohr’s pragmatic agenda brings it to a dead stop as a developing means of understanding Reality. Each and every equation was, for him, the end of the process of “scientific endeavour”. Thereafter, for Bohr no science was necessarily involved.

What was involved, in this approach, were two consequent lines of “research” The first was wholly formal – purely mathematical! The equations themselves were “researched”, and reresearched ad nauseam . The clincher to reveal exactly what this type of “research” is, appeared in a previous issue of New Scientist, when a correspondent claimed to have discovered a Worm Hole big enough for a whole spaceship to pass through. Questions such as “Where is it? Tell me the location?”, of course went unanswered, because he hadn’t done any scientific research, neither had he discovered anything. He had, in the comfort of his office and sitting at his desk, and, of course, with sufficient sharp pencils and sheaves of paper, he had done some mathematics. He had constructed a version of the appropriate equations that “fitted” his claimed scenario. It wasn’t even of the legitimate type of “fitting” that I described earlier, for he had NO new data from even from either experiment or observation at all. What he did was dream up data and see what effect it had on the “properties” of the agreed mathematical forms. He was importing pure speculation into the purest mathematics.

The second possible route for so-called research is even more amazing. As old fashioned Explanation had been permanently dumped, its use was prohibited, and this left our mathematical scientists somewhat illequipped. But if the equations could be “mined” to reveal formal elements, which could be taken together into some kind of “new entities”, this might well be legitimate and even “clarifying”.

The source was no longer Reality for any new entities. They were instead to be found in the equations.

This was surely a remarkable development! For along with a Ground of entities carried over from “old fashioned science”, a new amalgam was unashamedly constructed involving these new “legitimately mined” entities from within the trustworthy and perfect mathematics alone.

Why do I condemn such methods? It is because they leave the supreme arbiter of Reality behind. And I am also not impressed when later experiments are said to “reveal” these inventions as “confirmed”. What else would they do? Data from Reality was the raw material for the original equations, and these were then re-interpreted into “entities” involving certain aspects of the equations. It would therefore be a total shock if new data contradicted the merely “re-packaged”original data, would it not? Interpreting confirmation of the old data from the new as confirmations of their speculative interpretations is merely circular reasoning. They are merely confirming the consistency of their old and new data (with fancy labels added). Not much like real Science is it?

And even they implicitly know that this is true! They cannot claim as their own the kind of achievements regularly made by “old-fashioned” Science, when they have banned it! They now deal in mathematics and speculation. Where is there something that can be physically and concretely confirmed? They don’t have any physical and concrete elements in what they do.

Another diagram about science...

Click image to enlarge
Mathematics deals with Ideality. Science SHOULD deal with reality...
Posted by E Journal at 13:20 No comments:

We plan to use this blog to post some of the many diagrams I have created over the years. Some of these will be published in the Shape Journal - we will link to it if there is an associated paper. Some of them are just little ideas to get you thinking!

For many years I have been struggling with the Philosophy of Science, and my efforts have not been helped by the fact that I do not sit with the consensus in this crucial area. Indeed, I am considered something of a maverick, in that I have long opposed the generally accepted philosophical position in my own subject - Physics. I have found, that to marshal my arguments effectively, I have had to go beyond the exclusive use of words. In revealing my position on the Philosophy of Science I have felt it essential to reveal relationships via diagrams...

The above quote is from A Structure of Diagrams, a series of papers to be published on the Shape website.
The first of which can be found here
Posted by E Journal at 16:33 No comments: