Notes on The Secret Life of Waves 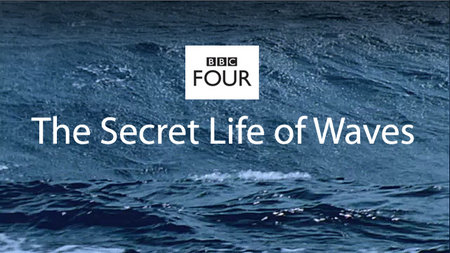 These notes can only be a reminding placeholder for a significant subsequent paper on this interesting programme as a multiple re-viewing of the hour long piece and detailed note-taking would be essential to pick the significant ideas and references out of it for a comprehensive Review.

For example, many experts have short guest appearances, and are necessarily constrained by their having to deal with a non-scientific, yet sensitive and intelligent, presenter, so they are forced to explain their particular knowledge and contributions rather than just deliver “the relevant equations”. Now, this is rarely their preferred mode of describing what they do and how they justify its relevance, so their contributions must be carefully assessed and dealt with one at a time, and in turn.

Several reminders can be picked out having watched the piece uninterruptedly twice during the last 12 hours, and these notes could help direct subsequent viewings when seen again under a maximally controllable delivery (such as iPlayer or the like), so that stops, starts and repeat studies of particular sections can lead to an adequate set of interpretable notes.

Now, what is significant is that the programme maker (David Malone) is just that: he is not a professional scientist or mathematician, and he constantly looks for and requires analogues within the actions (of water waves in particular) for much wider, and indeed human considerations.

He never starts with equations.

And he repeatedly talks about “waves” not being of water, but of Energy, and being a Process rather than an Object. And, in my opinion quite correctly, he does not start with tackling Breaking Waves on a Beach, but surface wave propagation over undisturbed stretches of water.

Capillary Waves caused by the effect of the merest breath of wind, are seen to grow and widen as more wind-energy is included into Gravity Waves that can totally traverse 7,000 mile wide oceans, by which time they are only millimetres in peak-to-peak amplitude, yet have spread out to cover a truly vast spread of surface water, and hence by that time constitute a vast repository of energy derived via the winds from the Sun. 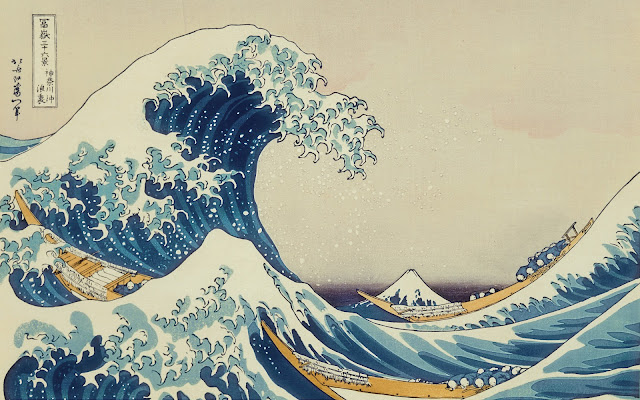 He correctly insists that in such propagations the water itself does not move with-the-travelling-wave translationally, but individual parts of the water oscillate in an up-and-down and forwards-and-backwards fashion, but overall and overtime stay where they are! The Wave itself moves, but its moment-by-moment carriers DO NOT go with it!

Indeed, he looks for, and finds (both directly, and by questioning his invited experts) a vast series of analogues for such behaviours elsewhere in Reality. He even goes so far as to see such behaviours as universal, and though he does stretch the models rather a lot, his undertaking is legitimate (as long as the tail does not wag the dog).

But, it also has to be emphasized that he does NOT break away from the consensus assumption of Plurality, and therefore sees natural events and behaviours as both determined and explicable by their pre-existing Laws.

Of course, in that assumption he is in agreement with almost all scientists (and that is why they can talk to one another). Yet, he also constantly takes a much more holistic view, without seeing that such a stance does not sit well with the assumption of its direct opposite – Plurality!

For Analysis – the obvious consequence of Plurality, is based upon every Whole being made up of a set of entirely separable Parts, and hence legitimises the analytical seeking Level-below-Level for sufficient and finally ultimate causes.

But, he does insist, with justice, that Waves are profoundly important throughout Reality, and with the evident preponderance of Gases and Liquids (Fluids) with wave disturbances propagating through a medium, and by this means, distributing Energy became a universal element of Reality.

The insistence upon immutable objects is seen as an error of timescale, and a longer view will inevitably reveal unavoidable changes, not even known about in the more usually employed vastly shorter timescales. Indeed, one expert Talked about Equilibrium Laws as being about long lasting but never eternal stabilities, whereas, what he termed Transient Laws were seen as only happening in unstable interludes. And, clearly, though we can divide up Reality and apply these different Laws as appropriate, such a categorisation leaves no room for explaining how one leads to the other: overall causality is not addressed.

Of course, the twin errors of Formalism – Mathematical Logic and Idealism – the supposed nature of things, both constantly intercede in our assumed ideas of Reality, both from the presenter and his retinue of discipline experts.

Nevertheless, overall there is much to be thought about here.

YES, “thought about” rather than “be entertained by”, which shows the seriousness of this excellent programme.

Indeed, the particular mention (to do with jets and even the Jet Stream and North Atlantic Gulf Stream was of the existence of so-called Rossby Waves, which happen laterally to the direction of wave propagation (particularly in such “jets"), and though they are clearly related to turbulence, they also seem to help the maintain the integrity and narrowness of a jet, and stop it from spreading ever wider, and hence allow it to persist over immensely long distances.

An objective of a fuller study might well be to address my favourite “storm” – the Great Red Spot on Jupiter. For recent papers have found Rossby Waves both on Jupiter and Saturn, and having interesting effects on maintaining the perplexing structures that are observed on both these amazing planets.

Another crucial area has to be the use of “Wave Theory” in the sub atomic area of Physics, where the forms are used in a very different way- as a deliverer of probabilities of diverse possible behaviours over a whole range of points: even the position of a particle is given by this formalistic method as only a probability.

The Particle/Wave Duality is also clearly important, and any serious study of waves must be directed against this monolithic diversion of all prior use of waves in Science.