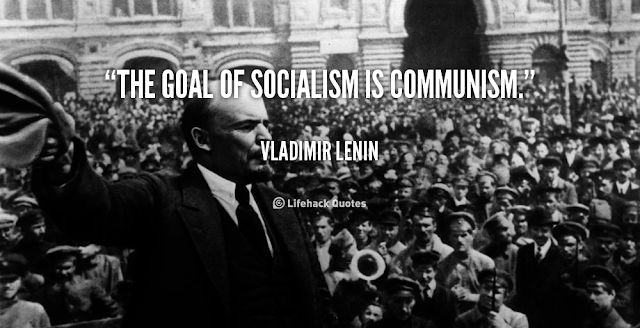 What are the differences between Socialism and Communism? This question was always crucial in the politics of the Working Class, but also vital for the hostile denigrations of those who ruled, and intended to continue to do so.

But, the original, historical meanings, and their clear definitions by Marx, have been almost entirely lost after the betrayals of Stalinism, which, along with the denunciations of its Capitalist opponents, redefined “Communism” as the natural form of the Degenerated Workers State – delivered and maintained by Stalin and his like.

But, the differences, as arrived at by serious theorists of the Working Class Movements and professional and sympathetic philosophers like Marx and Engels, were clearly defined and had to be understood.

Communism was the projected ideal of the Economic System to replace Capitalism, and it was to be the result of a natural Social Revolution, so that such descriptions were of an as yet unachieved situation, so it was not a plan so much as a required direction, and also it would never be achieved in a single step! AS, it, at its heart, required the removal of Class Society, it would never be agreed to by the Capitalists: to them it was Hell on Earth! Also, it could never exist either during the revolution, or in any immediately following period when the Capitalist Nations of the World would strive to put it down, and return such a country to the Capitalist realm.

The revolution would have to form some sort of State to defend itself, so an intermediate system was defined, which would differ from Communism in important ways. This was Socialism!

The proposed Withering Away of the State – a cornerstone of Communism, could never be implemented while the country was under threat from both within and without. A State would have to remain in place to defend what had been gained in a successful Revolution.

For example, the Soviet Union never actually attained Communism, and never could, while it was alone in a hostile Capitalist World, and the evident dangers of that intermediate State, as such, could always be, and, indeed, were misappropriated by powerful leaders like Stalin, to totally undermine its intended purpose.

Stalin, along with other commissars and bureaucrats, built a powerbase within that State, which distorted it beyond recognition.

And, the enormity of the betrayal of this clique, also involved the abandonment of the objective of spreading the Revolution to other countries, by putting the survival of the current Soviet Union (and hence themselves and their privileges), above the requirements of the World Working Classes in the rest of the World.

Stalin betrayed the people of Spain in their war against the fascist Franco, and in Germany insisted that the Social Democrats were Social Fascists, and so allowed the easier rise of Hitler and Nazism, for he banned any sort of United Front in that country, against the common enemy.

So, clearly, many correct criticisms among the working Class of that despicable record, as well as the pervasive lies of the Capitalists enemy, must be swept away, and the principled meanings of these objectives re-asserted, and the real necessary Socialist Interregnum redefined and fought for.

Clearly, a successful Revolution MUST be capable of defending itself from remaining reactionary forces within (who would fight to the death to get the wealth and power back in the hands of their Class) – and also from without! Remember 14 Capitalist powers invaded Russia in an attempt to put down the Revolution. So, the Socialist State must have armed forces and an internal anti-capitalist Police.

Now, you can see the dangers!

Observe what happened in Egypt, in the Arab Spring, when to so-called neutral armed forces removed the elected President, and the top general took over as dictator, with the Army on his side. 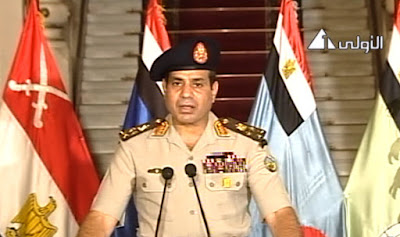 So, the control of both these forces would have to be paramount, and any moves within it against the Revolution’s aims put down ferociously, but also transparently and with the understanding of participating people in their democratic councils and Unions.

It is not by chance that successful Revolutions face their greatest threat from their own military forces. The English Revolution had its Cromwell - backed by the New Model Army that had defeated the King, yet acted to severely limit the extent of the revolution. While, in the French Revolution, its greatest general Napoleon was backed by the Revolutionary Army, to finally take power as Emperor.

A different threat in the Russian Revolution came from the bureaucracy and internal police, who were transformed from keeping order by not only seeking known reactionaries, but also anyone disagreeing with those currently in power too.

No revolution is the same in these developments, but they grow in proportion to the level of “perceived” threats to the revolution.

So, these forces must have an effective counterweight. Remember against the 1917 revolution were the vast Russian Army, but the Bolsheviks knew they had to win to their banner significant parts of this force to defend themselves. Also, a separate over-powerful police had always to be countered by other forces formed directly from working people – arranged via their own Councils or Soviets, who insisted upon the power to control the internal forces, and dismiss or even punish those who exceeded their given responsibilities.

Now, you cannot have tight and complete plans in these regards, formulated before the Revolution even started. But, you can have vital principles, which can exceed any and all donating of power to particular individuals or organisations.

The hierarchical system of democratic Soviets must have controlling power at every level of such forces, they MUST be subordinate to these organs of the people.
Posted by E Journal at 20:28