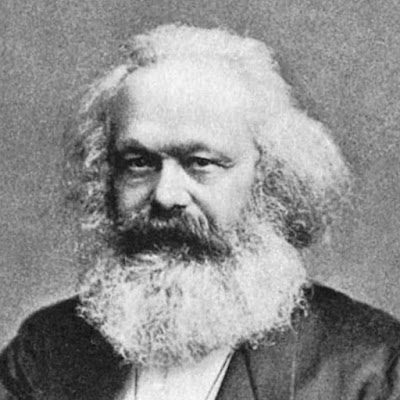 Here are a couple crucial questions:

“Is there a primary discipline, which underlies all the other serious study areas of Mankind, and which is, therefore, an absolute prerequisite for them all?”

And second, “What allows human beings to penetrate Reality deeper than any other approach?”

The answer to the first question is, “Yes!”, and that to the second is “It is Philosophy – the uniquely Human View of Reality!”

Let us attempt to establish these conclusions by considering three key disciplines that I have been involved with all my adult life. The first was Mathematics, the second Physics, and the third Marxism.

In each discipline, there is a body of prior work, representing the gains of that area of study, but, at every moment in time, it will always be partial, and even contradictory, and hence will have its limits – situations which bring a line of reasoning in that discipline to a shuddering halt – seemingly incapable of, thereafter, being taken any further!

And, indeed, only one discipline, if you can call it such, enables such impasses to be transcended. It is the discipline that relates Mankind and Reality – Philosophy.

Yet, not all ideas which claim to be Philosophy are such. Most supposedly philosophic stances have the very same limitations as all other intellectual disciplines, but, nevertheless, because of its remit of both Mankind and Reality, only Philosophy, because of its recursive self addressing stance, has any real chance of dealing with the problems involved in the attempt to understand Reality by Mankind, in a remarkable recursivity of Thinking!

Other claimants to the title appear objective by basing everything upon Matter and Energy - Physics, or upon Absolute Pure Form - Mathematics, but those are the illusions that actually scupper their claims.

Now, historically, it might seem that Philosophy has the biggest handicap of all, as it regularly slips into Solipsism, with the Mind being taken as the basis, but the other contenders don’t even admit that it can only be human minds that can attempt the task. At least Philosophy is self-conscious enough to know its limitations, whereas the others claim an un-established objectivity.

Only Philosophy itself can attempt to address “Thinking about Thought”, as did the brilliant German philosopher GWF Hegel, and arrive at a true conception of the effective conceivability of Reality by Man. 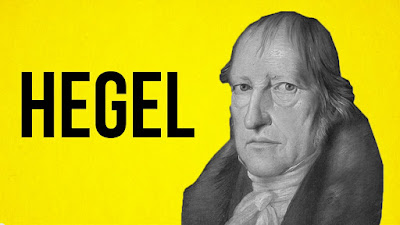 But, in addition, and crucially, Hegel also discovered the means of revealing its regularly occurring limitations, and even the means of transcending them.

I think you must agree, only Philosophy goes beyond the individual restricted areas of study, to address them all – via their common factor – The Thinking of Man!

It becomes increasingly clear, when the various disciplines are criticised by the true meta-discipline of Philosophy, that Mankind has no direct access to so-called Absolute Truth, so that in order to get any sort of handle upon Reality, Man has no option but to both simplify and idealise what is seen, to have any chance of revealing even partial truths (or Objective Content as they are usually termed).

And, also it is clearly critical that the various assumptions, that are also and unavoidably made, will always be inadequate, and will, in time, inevitably result in guaranteed impasses, as always indicated by the emergence of what Hegel called Dichotomous Pairs of totally contradictory concepts, which, though, surprisingly, arising from identical premises, nevertheless, delivered totally contradictory outcomes – indeed opposite results that could not possibly both be true!

Indeed, these impasses have been occurring many, many times in Mankind’s history, and are usually not transcended.

In fact, both arms of the dichotomy they represent are KEPT, and USED – by switching between them in attempts to find what will work in a given context. This trick is the essence of the indeed useful intellectual backstop – encapsulated in “If it works, it is right!” – in other words Pragmatism!

And, such is not only the defeatist cornerstone of current Postmodernism, but crucially and revealingly that of the current consensus stance in Physics – The Copenhagen Interpretation of Quantum Theory.

Now, after millions of such pragmatic compromises, Human Understanding is finally in something of a mess! It is, at best, a vast patchwork of “small working areas” glued together by a set of pragmatic myths. It isn’t useless, of course, but, with so many pragmatic solutions, it gets ever harder to integrate into a coherent and consistent whole. And hence, makes the development of an all- embracing means of understanding it all, ever more unlikely!

Indeed, impasse after impasse were never transcended, and instead became the impassable boundaries of new “specialisms”, sub disciplines or even full-blown disciplines, in themselves.

Hence Human Understanding, in spite of a preponderance of evidence, lost its initial seemingly integrated comprehensibility, and the various “disciplines” proliferated at an ever more alarming rate.

Yet, even more damaging than this ready resort to Pragmatism, were absolutely crucial mistakes in basic premises, which became so universally subscribed-to, that the users became almost completely unaware of them.

One crucial split took place some 2,500 years ago in Greece and India, where the lauded Ancient Greeks (ignoring Zeno’s revealing Paradoxes) plumped for the Principle of Plurality (as a powerful simplifying tenet), while at about the same time, in India, the spiritual leader, The Buddha, chose the very opposite Principle of Holism, as his primary tenet. 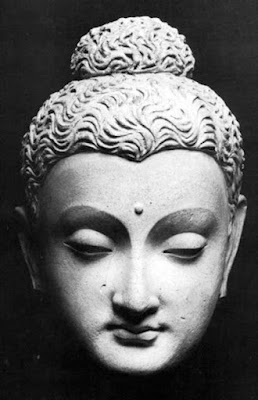 Some idea of the real nature of Dichotomous Pairs, is evident in the contradictory use of BOTH of these opposing stances, in what later became Science.

For, in attempts at explaining things, Holism turned out to be essential as it alone took all factors as significant simultaneously.

Yet, in concise and useable description, it was about various quantities, and Plurality was used instead, and worked very well in appropriately “farmed” and maintained contexts.

But, even such a contradictory union was not a full description of the mix of stances employed, for, STILL, the unifying Principle was always the oldest of all – that of Pragmatism – “If it works, it is right!”

Clearly, even in Science, the supposed pinnacle of a rational study of Reality, a great deal would have to be done to open up a real possibility of a comprehensive, consistent and coherent “Understanding”.

My “initial solution”, as both a qualified mathematician and physicist, was driven by my subscription to the philosophies of Hegel and Marx, yet I found NO similar purpose among my political colleagues. So, in spite of my intended task, little was achieved until I became an inter-discipline specialist contributor, using my abilities in writing complex computer programs, to assist colleagues in many different disciplines.

I soon came across particular “truths”, not considered in other disciplines, and, perhaps surprisingly, found Key philosophical ideas when working with a world-class Dance Teacher and Choreographer in designing and delivering Multimedia Aids for use in the teaching of Dance Performance and Choreography.

The understanding in most of these was very different from my Economics-based Marxist stance in politics.

And, I was forced to go all the way back to Hegel’s discoveries and methods to review my own rather limited and as yet un-criticised premises.

Though I didn’t immediately realise why, I was having to solve problems in a discipline that I knew little or nothing about very quickly indeed! In fact, our very first production won a British Interactive Video Award, beating many so-called experts, with greatly more resources and better facilities.

On reflection, I realised that I had finally understood what Hegel and Marx were doing as philosophers, which could be applied in something as surprising as Dance Education, by the very best practitioners. 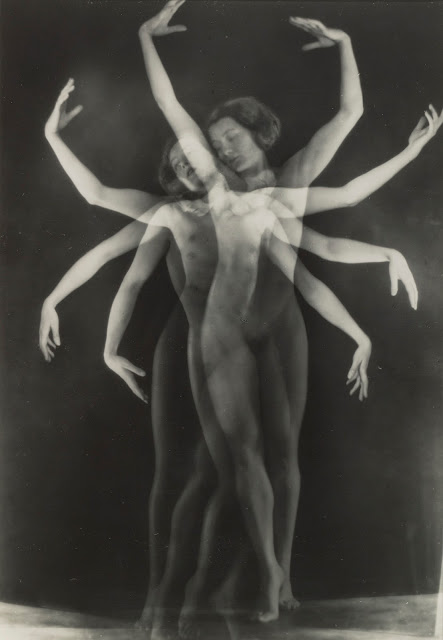 The usual rational ascent to ever more “explanation”, was never adequate when a Dichotomous Pair of contradictory concepts arose, as with Zeno in his Paradoxes concerning Movement, and they also emerged 2,500 years later in the teaching of Dance via recorded footage of exemplar performances.

No matter what manipulations were tried, such a pair of contradictory concepts both seemed applicable yet contradictory, and pragmatic switching was the order of the day among most practitioners. The usual impasses were dealt with in the old pragmatist way, but were useless in solving concrete problems in delivering what was required due to adequate Access and Control of the relevant recorded footage.

But, Hegel’s method of seeking out Dichotomous Pairs and then severely questioning the common premises that had led to both arms of the dichotomy, proved entirely appropriate in this area too! For example, Digital footage was excellent for accurately locating positions the various parts of a dancer at a certain moment, yet absolutely useless for also delivering the dynamic trajectory of the movements involved. While Analogue Video was immaculate at delivering real movement, but rubbish at giving accurate positions. After an extended period of research we found solutions to the problems using BOTH means, recorded simultaneously, and using accurate positional data from the digital footage, to produce animated overlays synchronised to the Analogue footage. The results were brilliant!

The now-termed Marxist methods of identifying an impasse via Dichotomous Pairs, and then transcending it by a major revision of premises, will always allow progress. These methods still lead the World over 25 years after they were devised!

But, it will not be by access to Absolute Truth. For, such is impossible for Mankind to achieve. Instead, Mankind must, step-by-step, impasse-by- impasse, move beyond the limitations of prior premises. And, it cannot be but a truly infinite task, for several important reasons.

First, Evolution in producing human beings via Natural Selection could not endow them, with all that was necessary to alight directly upon Absolute Truth! It doesn’t work towards such targets, but allows the most fit, in survival terms, to increase at the expense of those not so well endowed in those areas.

So, Man could not find himself appropriately equipped to naturally see what is involved in the general development of Reality. The determinators delivering human beings are much more prosaic.

So, instead Man has had to “pull himself up by his own boot-laces” to only forever approach, but never arrive at, Absolute Truth - which cannot but be wholly infinite, as it is always changing, so it is never a stationary target.

Second, in making significant gains in this task, Man is also actually changing Reality himself, because he is “of Reality” – he is changing the very thing he seeks to understand.

Third, independently of Man, Reality is evolving anyway, it isn’t a static System.

Hence, conceptions of homing in upon a static Reality are a myth! The strategy must be to ride the wave of change increasingly well, though always falling into the water with every seemingly successful surfing attempt.

This paper is the first in a series of articles to be published here weekly, on the theme of Marxist Philosophical Practice. This work isn’t about Capitalism or Socialism, and certainly says nothing about Economics. This is about Marxism as a philosophical approach, applicable to any field of study, any aspect of reality. The series takes four very different issues in Philosophy and investigates them via this Marxist stance, which is termed Dialectical Materialism.