The usual solutions for a major Capitalist crisis are being trotted out again!

What happens when those with wealth and power need to radically transform things to their advantage, in a major economic crisis?

We know the answers, for they have done it before.

They have two means to stymie us: 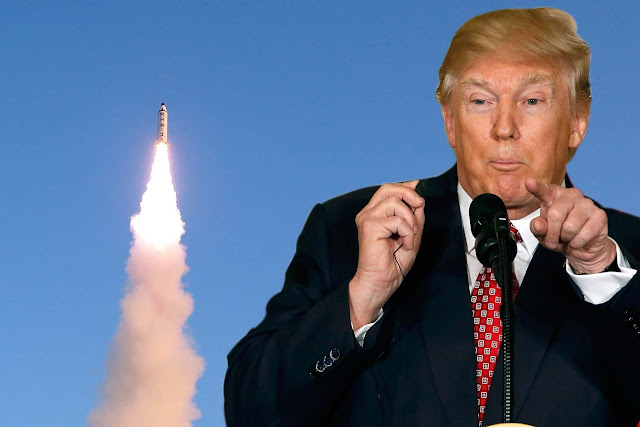 You are already seeing their lurches to the right with their growing ultra-right parties, and populist precursors such as Trump and now Macron, who has precipitated a General Strike in France with his anti-Union proposed measures.

Meanwhile, Trump wants to end the Nuclear Agreement with Iran, as they are spoiling US plans in the Oil-rich Middle East.

And, the stoked-up beligerence with North Korea has the exact same intentions.

And, if such bullying tactics don't work, there is always WAR!
Posted by E Journal at 17:26