The Chicken or the Egg?

The Chicken or the Egg?

Or in this more profound case:

The Phenomenon or the Equation?


It is difficult to pose this question, both simply and correctly at the same time, so I must apologize for the way I have posed it in the title of this paper. Clearly, the phenomenon is real, and happens in concrete Reality, but the Equation is a formal abstraction, supposedly, somehow, taken from that happening.

So, in the way I have posed it, the answer is obvious - the phenomenon must have come first!

But, I'm afraid there are a veritable thicket of assumptions unavoidably built into the past intellectual development of Science, which were essential to both its precursors and its subsequent historical development, and, thereafter, its attempted use and understanding by a species (Mankind) equipped initially only with Pragmatism - "If it works, it is right!", and absolutely nothing else! "Why?", didn't really come up: the world was simply the way that it was, and for the whole prior history of his species, Man just found bits of it that he could effectively use.

For about 180 thousand years, that aspect of his culture was almost exclusively about ever better ways of knapping (chipping) flint scraps to facilitate their use as tools. And, though the species was exactly the same as it is now, how it has increasingly dealt with its world has changed radically, due mainly to what we call Abstractions, and the means by which they were extracted from Reality, and then used to Man's advantage. But, even so, it was still never easy - even the knapping and shaping of natural pieces of rock proceeded at a deadly-slow pace, with most of the developments being in the ever better selection of the material to be knapped or hammered into better shapes for use.

Our hunter/gatherer ancestors took 90% of their whole history as a distinct species to progress to processes beyond those based solely upon Pragmatism. That crucial turning point is now termed the Neolithic Revolution - still, surprisingly, based upon stone tools, but involving a major change in the Means of Life. Seeds from food plants were kept and planted in prepared ground, and food animals were captured and tended, not only for meat, but also for milk, and even wool and hides. People stopped being wanderers and lived together in hamlets and even villages. Language developed apace and new skills such as pottery and weaving enriched the quality of life.

But, how-and-why did such a radical transformation actually occur? Why did people begin to think in different ways? What was added to Pragmatism to enable the wholly-new to emerge on all sides? And, most important of all, what made all these things happen, and make the changes even possible?

It had to be, initially at least, outwith the thinking of people: it had to be due to circumstances outside of their thinking that made the living-together of people into much larger concentrations even possible - physical conditions that allowed them to stay in one place, and in much larger numbers. That enabling situation was initially to do with truly great rivers, which regularly flooded to replenish the fertility of the land, and even natural captures of such flooding in lakes, the outlets of which could be, pragmatically, built-up with rocks and soil to prevent its usually inevitable escape. 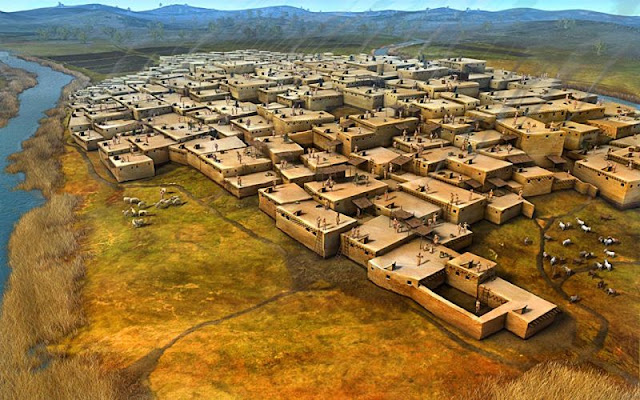 Around such rivers the resident populations grew and vastly increased, and much increased social contact precipitated the vital development of Language, and a pooling of learned techniques. Indeed, Inherited abilities were greatly added to by a developed Language, and the vast increase in teaching from one generation and able individuals to the next.

No longer was it just the genetic inheritance that was involved in solving problems. For, in addition, increased verbal interactions led to a pooling of experiences, and the great increase in naming and categorising sets of similar things: the first two stages in Abstraction developed apace, and any special experiences could be shared and discussed with a much increased community of people.

There certainly isn't the time here to comprehensively establish what is involved in Abstraction, but this has been exhaustively studied and the following diagram does indicate the major processes and productions that have been achieved over time.

This diagram was developed in establishing the various phases achieved in Abstraction, particularly with respect to Science and Mathematics, so its clear indication of how mathematical Abstraction leads to Ideality is also very useful here too.

For Ideality is both a reflected-and-limited version of Reality, capable of containing only Pure Forms alone, and hence, while being much more limited than concrete Reality, also contains, via abstract speculation, a great deal more than can actually exist within Reality.

So, returning to "the Phenomenon and the Equation", we see exactly what is involved in the question asked!

And, the implication of choosing the Equation as primary, that is the purely formal aspect only of what is being addressed as primary, is a totally idealist standpoint, and not only leaves out the concrete precursors and causes involved, but as well as only including the formal reflections, also opens up the discussion to including all the purely speculative inclusions that Ideality illegitimate treats as equally viable factors within its aegis.

Yet without Abstraction Mankind would still be a hunter/gatherer: so what did this new cerebral process allow Mankind to do with its day-to-day experiences? It began to allow generalities to be recognised within those experiences!

They were never clearly evident due to the complex holist nature of Reality, but Mankind's Pragmatism had allowed an increased measure of control to be employed, and when this was used to "hold some aspect of Reality still" - to effectively simplify situations, man began to notice similarities in different situations, which he tried to extract.

It was, of course, a difficult thing to do, until he related whole sets of the similarities to invented, perfect versions - that we term Idealisation.

The first area, where this was most easily done, was in Shapes and Patterns, for the idealised shapes involved - Squares, Triangles and Circles, could be investigated in many quantifiable ways, and then effectively used in place of the less regular forms to which they were closest! In this fairly limited area, things moved on at an increasing pace to its initial culmination in what was termed Euclidian Geometry. 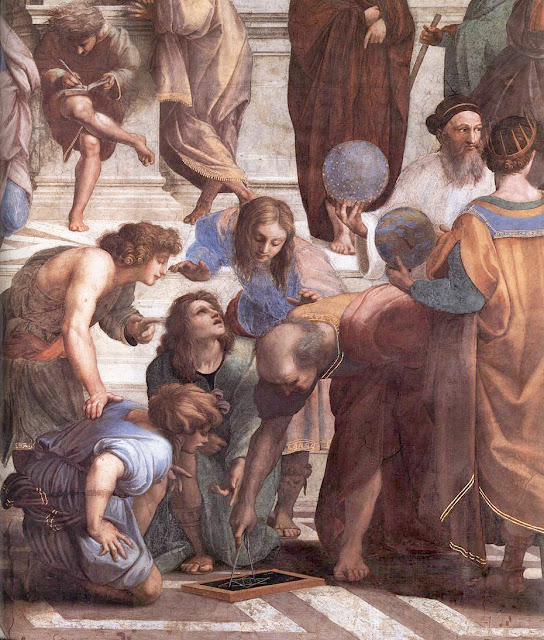 But, it later gathered pace again into two apparently different areas. First it was extended sideways into reasoning and begat what came to be called Formal Logic.

And, second it was applied to patterns of quantitative measurements, by representing variables by letters as placeholders for the many values that they could take in the various versions of the same pattern, and thus the actual range of values became a relation between these letters - Algebra had been arrived at, and such algebraic patterns relating sets of numbers were called Equations!

Let us be absolutely clear what all this was doing to patterns in Reality! Initially, they were simply sets of numbers (measurements), but they could be changed without losing the underlying pattern common to a whole collection of cases. And a general algebraic equation would encapsulate the whole set.

Equations had letters called Variables for the measurements in the given pattern! And, they also had letters called Constants, which stayed the same in a given case, but varied between cases. Thus the general Equation represented all the related cases.

But, we never get the general form of the equation from measured data - yes, NEVER!

We get it from an idealised pattern, similar to our aimed-for pattern but significantly changed via simplification to make it easy to turn into an equation.

There you have it!

All equations are simplified and idealised constructions, which are similar to what we want, but have two significant disadvantages!

A: they are not accurate!

Those who assume the opposite of these statements are Idealists not scientists! And they have taken over Science, I'm sad to say.

But, in addition there is still more to be revealed! Though physical explanations were rejected in Sub Atomic Physics, because what had been produced in that area was obviously wrong, the cause was a mistaken philosophic premise which was also made by the Equation worshippers too.

Both Physical Explanation and Formal Representation assumed the Principle of Plurality (as also did Formal Logic), and this totally undermined any chance of a complete, concise and comprehensive encapsulation of any phenomena or reasoned argument. For that Principle has the composing elements, in any complex result, as totally separate and always independant of one another. It means all phenomena are composed of separate and eternal Natural Laws, which simply add together, independantly of both one another and of their Context!

And, that is most certainly untrue: which is proved conclusively by the inability of such assumptiuons and means to ever explain real Qualitative Change and Transforming Developments!

And, the effect upon Sub Atomic Physics, with the now universally adopted Copenhagen Interpretation of Quantum Theory. has been to replace explanatory Theory with only mathematical, and hence, purely formal formulae as their only reliable(?) sources to "explain" what happens there.

And, clearly those claims are unfounded, What they use are illegitimately applied probabilistic means to predict what will happen next, that is a description and not an explanation.

And in spite of the loud claims of superlative accuracy, the only attempted explanations have required a whole raft of unfounded speculations, which they claim are also legitimate, because of the accuracy of the formal predictions.

I'm afraid those speculations and their claims are false!

Now, the reader may indeed sympathize with today's physicists as Physical Explanation certainly let them down, and current researches are damning their only alternative - but, that isn't true! Physical Explanations must be primary and never mere formal abstractions.

...which has been shown to be the only way forward! 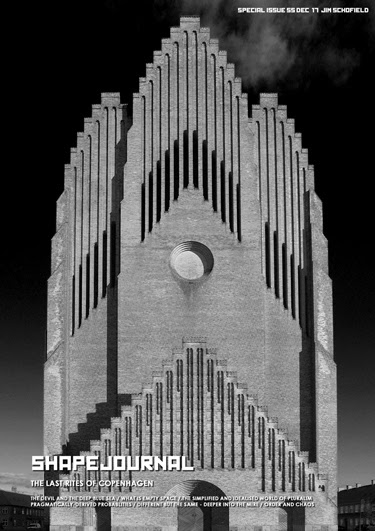 New issue of the journal - The Last Rites of Copenhagen